Newfoundland would have provided the perfect setting for the British TV Comedy series “Fawlty Towers”. Here, John Cleese would have had no need for inventive double entendres. And the laughs could have been on Nalcor’s dime.

According to an Uncle Gnarley Blog source, Nalcor is grappling with a new problem. And it is no laughing matter. As you might have guessed, the issue revolves around faulty towers.
Nalcor has discovered structural defects in an undetermined number of the towers on the 1100 km Labrador-Island Link (LIL). That’s the extension cord intended to deliver Upper Churchill recall power next year and, subsequently, power from the Muskrat Falls project.
According to the source, the structural integrity of a selection of 30 towers was tested recently. The tests produced a failure rate of 100%. 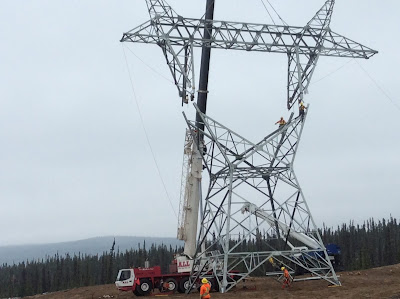 The source states that the problem is associated with the welding on a component part located at the base of each tower.
The source states that Nalcor now plans to perform a series of non-destructive tests (NDT) to determine whether the problem can be repaired without dismantling the towers or if they will have to come down.
The Nalcor source told the Uncle Gnarley Blog that Acuren — a non-destructive testing, inspections and engineering company which bills itself the largest inspection services company of its kind in North America — has been employed to conduct the tests. Acuren has a branch office located in St. John's.
In early October, Nalcor announced that it had erected the last of 3,224 towers required to string the transmission line to Soldier’s Pond.
The announcement may have been premature.
Of course, the last thing the public needs to hear about is another cock-up.
Last year, CBC reported a flaw in the transmission cable described by retired engineer J.P. Schell as a “popped cable” which Nalcor Q&A failed to detect in any of a multitude of steps from the factory floor to the point at which the cable was actually strung.
Nalcor has still failed to publicly admit the cost of the error, though engineers estimate that to repurchase the wire and have it re-strung ran into the tens of millions of dollars.
Nalcor needs to make a public statement on the issue. The problem is a matter of cost but, equally, it is a matter of public safety.
In addition, since the Nova Scotia UARB confirmed that Nalcor had failed to inform Emera of schedule slippage on the Muskrat Falls project — leading to additional costs on the Maritime Link — we might ask if Nalcor has informed the group with the largest equity interest in the LIL. 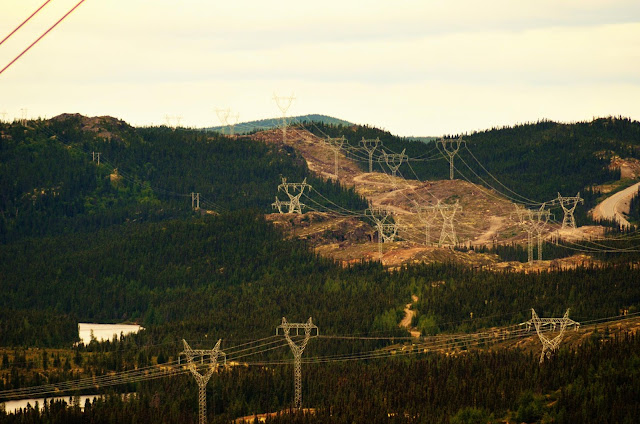 The Crown Corporation also needs to confirm how many of the towers will be tested, and who will pay for any re-work and delay associated with the problem weld.
Nalcor’s approach to Quality Control (QC) has come under fire many times on this Blog dating back to July 2015, when professional engineers working on the site outlined a series of recommendations to address the problems of management, schedule slippage, cost overruns and other issues then plaguing the project.
If my new source’s information is correct, the faulty towers problem may turn out to be a tough nut for Nalcor to resolve.
Early Uncle Gnarley Blog readers will recall that the towers each constitute a “mechano set,” the pieces having been cut and loaded into containers in Turkey and transhipped.
Each of the tower components would have been galvanized at the Turkish fabrication plant, making the tower assembly process essentially a nut and bolt type of fabricatio 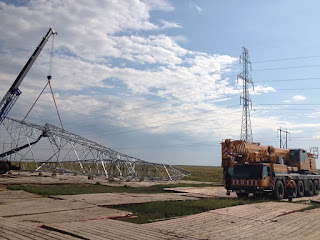 n.
No welding took place on the LIL transmission line during assembly. Welds cannot (properly) be galvanized except within a facility designed for the purpose.
Galvanizing protects steel from corrosion. It is conducted using a multi-step operation which ends with immersion into a bath of molten zinc, commonly called a “hot dip” process.
Any “fix” in the field on Nalcor’s towers would exclude this option.
Is this a problem of workmanship locally or in Turkey?
More likely, in this case, Nalcor took the “self-performing” approach to Quality Control with the Turkish steel contractor — as it did with many of its suppliers and contractors, including its Chinese supplier, where the turbines and other components were manufactured.
The public, having already heard so much about cost overruns and project delays, had better not tire of this refrain too soon. Rather, they should gird themselves for more of the disappointments that were given early incubation in so many facets of this project.
Commission of Government. Fawlty Towers.

Nalcor Energy and the Energy Minister have denied the existence of any problems of structural integrity on LIL Towers. contained in the above. If Nalcor or Minister persist in refusing to acknowledge those problems in the "base" or "foundation" of the towers I will give additional details in a post update on Wednesday. The Uncle Gnarley Blog – and source - stands by the allegation as it relates to welding failures confirmed by tests conducted on a multiplicity of towers.