THE UGLY TRUTH ABOUT DEMOCRACY IN NL

Democracy on the Rocks


“Do not go gentle into that good night.

Rage, rage against the dying of the light.”


Dylan Thomas was talking about death. Death is also the issue in our province, namely the death of democracy.
Edmund Burke said: “All that is necessary for evil to prevail is for good men to do nothing.”
If good people remain silent when evil is being done our democracy will die. Our democracy is a fragile flower. It must be watered and fed. It must be protected against those who would hurt it.


Muskrat Falls has been a case study in the failure of democracy, a microcosm of a far bigger problem. Unless we fix it urgently our democracy will die.

Muskrat Falls was promoted by a small clique, a group of fawning acolytes led by former Premier Danny Williams. It has grown into a $12.7 billion disaster which threatens our political sovereignty and our economic survival. The project was bulldozed through by a strong leader who created a powerful state apparatus, Nalcor Energy, as the chosen instrument to circumvent due process, exempting the project from the jurisdiction of the PUB and overruling the advice of the joint federal provincial environmental panel. Those who opposed the project were intimidated and silenced. This silencing and intimidation continues under another leader and a different party. 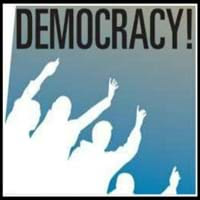 Uncle Gnarley’s recent report called The Rooms Says Don't Apply If You Are a Critic of the Government showed us the tip of what is a huge iceberg. While not surprised we cannot fail to be shocked by this unintended portrait of the ugly underbelly of our political system. The Rooms has told the world that it will not retain a contractor that represented a lobby group protesting Muskrat Falls, or a group or industry actively and/or openly working in conflict against the Government of Newfoundland and Labrador.
This is in clear violation of the Human Rights Act, which strictly prohibits discrimination based on political opinion. We cannot be surprised because the evidence of such behaviour is overwhelming. Yet we are shocked with the explicit statement of an ugly truth.
This confirms the clear evidence all around us that government will discriminate against and punish any of its citizens who are not aligned with the policies of the government. This discrimination is not confined to the Rooms; it pervades the government of Newfoundland and Labrador like an insidious and malignant disease. Dissidents and naysayers will be punished if they speak out. The result is a deafening silence in our community.


Crown corporations and agencies have been conscripted into the punishing of those who fail publicly to endorse and boost the party in power. Our public service has long upheld a proud commitment to excellence, professionalism, and non-partisanship. Has it now allowed itself to depart from its tradition of independence by being complicit in illegal behaviour which discriminates against citizens on the basis of raw political partisanship? What has happened to the merit principle in public service recruitment?
The most tragic aspect of this is that so many citizens have allowed themselves to be silenced. Some are silenced by intimidation, people who fear losing their jobs or placing the employment of loved ones in jeopardy. How can they tolerate bringing up their families in this politically charged environment without raging “against the dying of the light”?
People have willingly sacrificed the exercise of their fundamental rights and freedoms guaranteed under our Human Rights Act provincially and under our Charter of Rights and Freedoms, nationally, including “freedom of thought, belief, opinion and expression, including freedom of the press and other media of communications.”
There are many barometers of the state of our democracy. We will list some of them.
1.     PUB Jurisdiction Removed
Exemption of the Muskrat Falls project from the jurisdiction of the PUB. This removed the consideration of alternatives and the testing of projections and assumptions. It circumscribed the choices and placed the province on the path to irreparable harm, building a project which placed enormous risks on a small and static population. It deprived the citizens of the province of the means to make rational choices and to weigh the pros and cons of alternative courses of action.
2.     Joint Panel Report Dismissed
Failure to consider and accept the recommendations of the joint panel and to consider the serious negative impact of the project particularly on people living close by.


3.     Attack against Quasi-Judicial Board
Premier Dunderdale attacked the PUB in the House of Assembly for failing to endorse the Muskrat Falls project. This showed utter contempt for the quasi-judicial board, whose role it is to protect the public from monopoly power.
4.     Denial of right to protest
People in Labrador concerned about the threat posed to their health and safety had no recourse but to occupy the site and engage in hunger strikes in the absence of a due process offering an independent investigation and assessment of the merits of their grievances. Three issues have emerged that call for an independent ombudsperson, namely methyl mercury contamination of food, the risk that glacio-marine clays at the North Spur will liquefy and the issue of flooding at Mud Lake.


5.     Powers given to Nalcor
Under the Energy Corporation Act Nalcor was allowed to withhold information by placing “commercial sensitivity” above the public’s right to transparency and accountability. The failure to disclose the contracts of embedded contractors is a good example of this withholding of information. Nalcor has been enabled to exercise control over the reporting of the Auditor General on the grounds of “commercial sensitivity”.
6.     Buying silence in the community
Nalcor Energy has been active throughout the province in charitable giving. That is not the mandate of a crown corporation. In response to an ATIPPA request we have learned the magnitude of these grants, in the order of $1 million a year. Have these contributions and donations been used to buy silence in the community using our own money?
7.     Memorial Board of Regents
Up until recently Nalcor Energy had two Vice Presidents on the Board of Regents of Memorial University. What influence did these people exercise? Did they attempt to silence the academic community from engaging in public policy dialogue on the Muskrat Falls project?
8.     Political Patronage in Public Service Recruitment

We have failed to remove patronage from public service appointments. During the Moores administration there was an attempt to remove cronyism and nepotism from the public service through the creation of an independent Public Service Commission. In an environment where the expression of dissident views is frowned upon do we have any assurance that highly qualified candidates are not being rejected in favour of political aligned individuals whose expertise and experience falls short of candidates known to have dissident views?


9.     Political Patronage in contracting and procurement
Just how fair is our Public Tendering Act? How much work is awarded without an open public tendering process? We understand that Ministers exercise an enormous amount of discretion in the award of consulting work. As with the Rooms we expect that contractors who are not strongly aligned with the governing party, deemed to be “openly working in conflict against the Government of Newfoundland and Labrador” are unlikely to be successful.
10.    Election financing
The financing of our political parties is wide open. While there are expenditure limits there are no limits on contributions that companies and unions can give. Promises to introduce reform are made during each election campaign and subsequently shunted aside. This system invites corruption.
The form of governance in this province is based on first past the post and, with only three parties, we normally have a majority government, one in which the governing party has absolute power and where the leader is accountable to the party, and not to citizens or even to the House of Assembly. The system is open to abuse of power by charismatic leaders. In many respects the growth of new parties should be welcomed, as should candidates with no party affiliation. However, without changes in how elections are financed, this is unlikely to happen.
Rage against the dying of the light!
We must not allow the shocking disclosure of practices at the Rooms to be overlooked. A clarion call should go forth that this kind of behaviour is not acceptable. We as citizens should not allow our system of government to be corrupted as it has been. Citizens should not be subject to ad hominem attacks when they express their opinions on public policy issues. Instead, dissenting opinions should be welcome in a free and open society. We need a huge paradigm shift.
We must focus on the silence and urge those who have been cowed into silence to “rage against the dying of the light.” We must promote the idea that those who fall silent in order to protect their jobs or those of friends and relatives are performing no service to themselves or to their friends and relatives. They are instead enabling and sustaining dictatorship.
By their silence too many people have enabled the governing party to suppress democracy and silence dissent. The next election must be about democracy. We need to begin the conversation about how to change our political system to establish accountability.
Politicians should not be allowed to retire in comfort when it is an established fact they have inflicted enormous harm on future generations of Newfoundlanders and Labradorians.
The incident at the Rooms should be a trigger to wake us up to what is happening and take remedial action. The decision-making process for Muskrat Falls is a symptom of profound problems in our political system. The root cause of the massive economic and financial risks of Muskrat Falls can be traced to our failing democracy. Reforms to our political system must be our urgent and immediate priority if we are to avert the “dying of the light” in our province.