The collapse occurred in the lower portion of the draft tube as shown on the following Figure1, copied from Figure 2 in the aDb report. In this area, the water passage changes from a vertical expanding cone to an almost horizontal expanding rectangle as shown in Figure 2. It is the most complex double-curved shape in the project and very difficult to build.
For small turbines, the shape is formed in timber, with an east coast shipwright engaged as the carpenter foreman. A shipwright carpenter is the only person capable of cutting and shaping the timber to the required complex shape.

For large turbines, the shape is usually formed with collapsible steel forms, since wood does not possess the required strength. Unfortunately, the contractor elected to use timber. 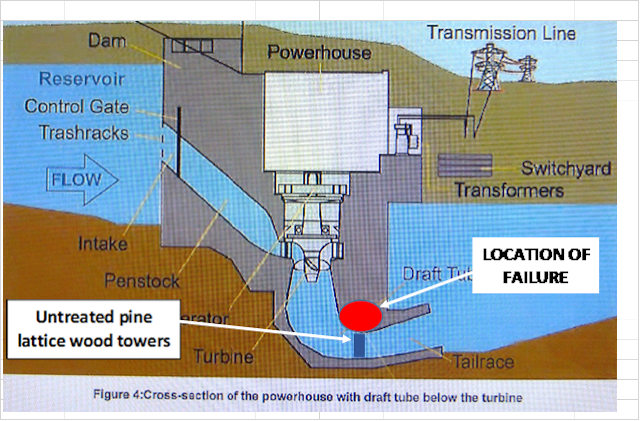 The forms were supported with untreated southern pine softwood timber lattice towers as shown in the Figure 2 obtained from the Independent Engineer’s report dated July 2016. 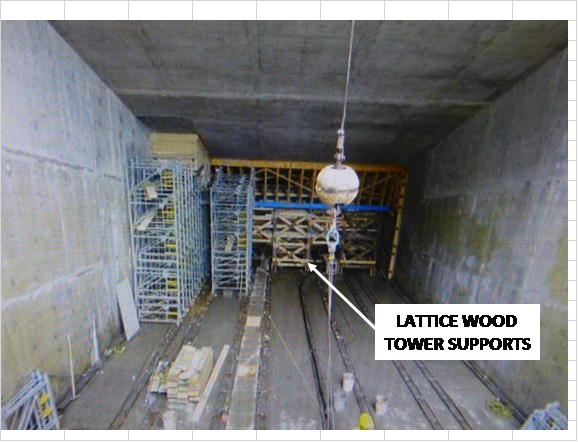 FIGURE 2 – VIEW LOOKING DOWN THE DRAFT TUBE AT THE LATTICE WOOD TOWERS.

The tower height is about 5.4m. The vertical lattice tower portions are formed with built-up 2” x 10” timbers which were exposed to weathering, with the bottom immersed in stagnant water, fungus was growing at the bottom, parts of the wood were rotten, assembly was deficient with inadequate shims, alignment was off with beams only partially supported by the towers, all as shown in the following photos copied from the aDB report. 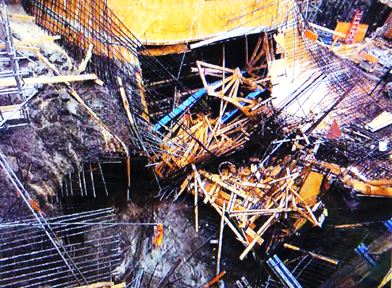 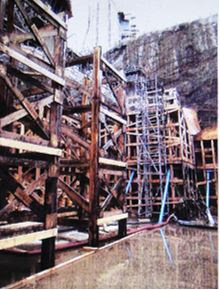 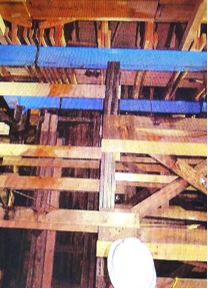 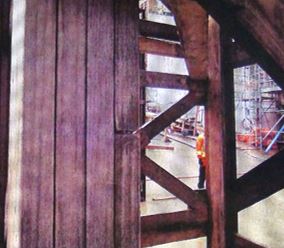 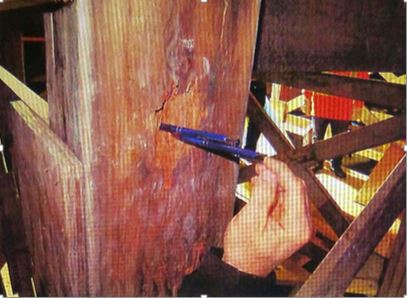 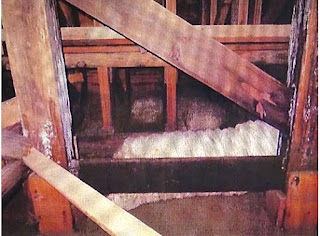 From the photographic evidence it is obvious to any observer that the timber lattice towers were deficient and should never have been used to support a heavy load of concrete.

At the time of the collapse, there were 5 workers at the site. All fell into the concrete mix during the collapse, and one was fully submerged but luckily managed to extricate himself from the liquid concrete with the aid of another worker. 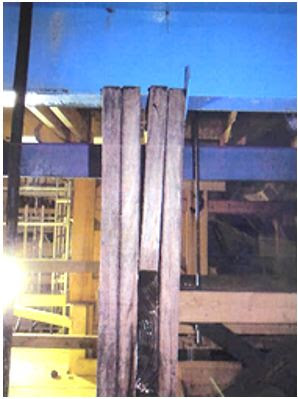 There were 6 towers supporting the forms, and all collapsed. The failure destroyed all evidence, hence the report was based on observations of the condition of the lattice towers in the other units.

The list of unacceptable work is long, with details as follows –

15.         No allowance for expansion of the timber due to moisture retention, compromising structural integrity.

From the foregoing, it is obvious that there was no quality control at the fabrication plant and on site, and no NALCOR staff with sufficient experience to realize that the towers were totally inadequate. This is astonishing, since any carpenter looking at the towers would conclude that something was wrong.

Also, an engineer looking at the towers would immediately observe the errors in fabrication, installation and deterioration due to weathering. This indicates that either no engineers inspected the structure, an almost impossible conclusion, or, more likely, they were totally inexperienced to such an extent that their competence to practice engineering in Newfoundland should be questioned!