THE DISPARATE RAMBLINGS OF AN INCOHERENT GOVERNMENT

Don’t waste your time reading the Liberal Government’s Speech from the Throne. It contains the ramblings of a group that can’t put one foot in front of the other.

That is unfortunate. If there was ever a time when the province needed a clear plan and someone with the ability to communicate it, it is now. In the last Speech from the Throne, the Government promised “decisive actions… with Budget 2016 followed by… medium and long term actions…” Those are still absent. Then, too, it has been a year in which fumbling — from library closures to Ed Martin’s severance — compounded by Ball's own incapacity for articulation, has left the government severely weakened.

This year it needed to be ready with a coherent document that presaged a Budget styled for crisis. It could muster no such a strategic focus.

The number of people who turned out to hear well-known nephrologist (kidney specialist) and rugby coach, Dr. Pat Parfrey, kick off his lecture tour on behalf of a group called “Choosing Wisely NL” (CWNL) was far too small given that he had so many important things to say.

CWNL, a program conducted by Memorial University's Faculty of Medicine in partnership with the Newfoundland and Labrador Medical Association, has been established to advance "the safe and appropriate use of health care resources," or what Parfey describes as the balance of benefits versus potential harms.

The small group of listeners belied the deepening concern over the financial crisis unfolding in our health care system, and its inescapable linkage with the even larger one facing the province.

It is not often that the public, or even policy wonks, are treated to a blunt and politically unfettered chat about deep-seated problems and of an organized plan to fix some of them. But that is exactly what the long-practiced and straight-talking physician had on offer. Free of all the junk of professional ass-covering, the doctor’s frankness was refreshing. 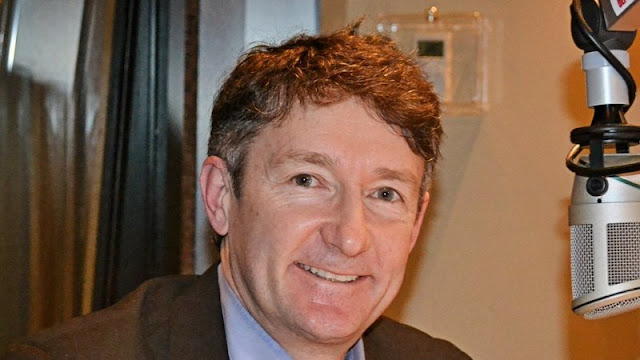 The sudden cancellation of Backtalk with Pete Soucy, one of VOCM’s much-heralded talk show hosts, represents a significant loss to the public affairs arena of this province.

At first one might think that the axing of the popular writer, actor, comedian, and teacher should be treated as just another change in the minutiae of operating a radio station, and that cancellation of one of three shows is not a matter for those outside of corporate media to bother their little heads over.

But that is not the case.

Underscoring this decision by Steele Communications, the radio station’s owner, is the huge void that exists in a province bereft of public affairs analysis. After all, VOCM does news as poorly as the other media.

So, the entire report can be deposited in File 13¹. Bearing this in mind – what is missing from the report? The immediate reply is no numbers! The entire report is based on the opinion of one geotechnical engineer, with no supporting documentation. I would have expected to see at least the following -
Read more »
Posted by Des Sullivan at Monday, March 20, 2017

BUDGET SANITY: IF NOT NOW, WHEN?

During the Budget Update in October 2016, the CBC quoted the Minister of Finance saying that "the seriousness of the fiscal situation remains and needs to be addressed". Bennett added that the government is still projecting a surplus for 2022-23.

The target assumes the eradication of a $1.58 billion deficit —  just on the current account.

The figure may go higher when the $800 million settlement with Astaldi is accounted for.

Debt charges and other financial expenses are just under $1.0 billion this year and climbing fast — a matter to which I will return. Nalcor’s champagne taste is not a separate issue, as many pretend. Nor is the Capital Account.

Last fall the Minister substituted the government’s promise of a “mini-budget” with blather. She should have invoked the challenge for which the Jewish religious leader Hillel is credited: “If not us, who? If not now, when?”

ED MARTIN, THE A-G, THE PREMIER, AND THE PETER PRINCIPLE

Nothing more will happen with respect to the severance of former Nalcor CEO Ed Martin.

Most people will just feel dismay over the role of the Premier and the former Nalcor Board in the affair. They will also let the Auditor General's Report compound their distress and chalk up to immature institutions those things they associate with poor public administration.

Still, Ed Martin’s severance and the handling of the issue by the Auditor General (A-G) deserve comment.

In the first place, the political furor that followed news of the payment forced Premier Ball to refer the issue to someone. It didn’t have to be the A-G.

Ball chose the accountant when someone schooled in the law — preferably a Judge — would have been a more appropriate adjudicator.