The reader should bear in mind that our politics is very leader-centric. It is not unusual for the Premier to outstrip the Party’s standings, a fact that magnifies Ball’s poor numbers. Typically a new Premier enjoys a “honeymoon” period, too - a time when the electorate celebrates political change and exhibits a willingness to cut the government some slack having shown early signs of back-peddling from promises deemed unaffordable or just half-baked. Ball did not warrant such deference. 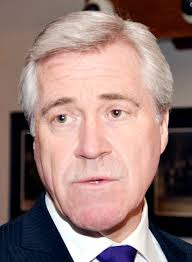 Indeed, it became quickly evident after the 2015 general election that the Liberals had not thought for a single moment about the decisions needed in the days that followed. Ball’s own recent confession as to his ignorance of the province’s fiscal condition - "I wish we had had better information going into the election campaign last year" – is just the latest proof of an unready – perhaps ‘never-ready’ Premier.

Likely, the public knew during the election it had been presented with a Hobson’s choice – that is to say, no choice at all. The Tories had to go. A mere seven months later, May 2016, the Liberals were the choice of only 27% of the electorate (according to the CRA) despite having won 57.2% of the popular vote.

The hope of everyone, Party stalwarts and the public, is that having been ill-prepared at the start the Premier might learn quickly on the job. That did not occur. Ball is both inarticulate and a ditherer. He is unable to inspire confidence. His Cabinet have shown no capacity to compensate for his shortcomings.

In the current political circumstance, it doesn’t much matter whether the Liberals have the support of 33% or 27% of the voting public. Any number within this range is the equivalent to chomping on bone. Ball is eroding the “core” of Liberal partisans.

A Premier with a 21% personal approval rating won't find anyone - including the Liberal caucus - waiting for more data to confirm his unsuitability to lead.

This Blog caught the sentiment of a souring public mere days following Ball’s investiture.  On December 21, 2015 this headline appeared: “Disingenuous or Dumb (or both) Early Days of the New Liberal Government”.

A year later, December 1, 2016 Ball’s bumbling confirmed a lack of progress, such improvidence reflected in the title: “A Tale of Jethro Bodine in the Premier’sChair”.

Ball will excuse his performance blaming poor public support on self-defined “tough decisions”. No one will argue the Liberals inherited a serious financial and mess from the Tories characterized by an overwhelming deficit, a fast climbing debt, and a shipwreck of a hydro project at Muskrat Falls.  But capable politicians describe such a situation – notwithstanding its irresponsible origins or the cost of any fix – as “opportunity”.

Ball had a chance to exhibit strong leadership talent and to possibly bury the Tories for a very long time. After all, our fiscal crisis is real. The expectation of him was not so much to be creative as to be honest and decisive.  Bewilderingly, he took ownership of the Tories’ gross mismanagement and confirmed only that he wants to be like them. Little wonder people shake their heads over such self-destruction.

It would be foolish not to think that the gasoline tax and the levy played a role in the rise of the public’s disfavour towards the Liberals. But what government – having engaged in months of public consultations, and begged for ideas to deal with the fiscal morass, as did Ball, Coady and Bennett - not expect to be severely chastised for having confirmed it was a charade?

Even the dullest practitioner of the political arts can deduce that a bloated bureaucracy ought to be trimmed before an egregious level of taxation is imposed. Equally, the worst partisan toadies feel obligated to suffer offense over Ball having failed to prevent the Nalcor Board from rewarding former Nalcor CEO, except with a firing.

Ball couldn’t even do the easy stuff – like “open the books” on Muskrat Falls, install independent oversight, or conduct the Humber Valley Paving Inquiry – the latter another tawdry Tory episode that cost taxpayers more millions and brought the political system into greater disrepute.

Little wonder that so many people ask aloud if Ball is under Danny Williams’ thumb, too.

Why would anyone, including the Liberal caucus, expect the Polls to be different?

Naturally, they are looking for someone to replace Ball. One of those names is not elected - a measure of how poorly the Liberal caucus assess themselves.

And, in case the Tories find reason in the CRA Poll to be cocky, I suggest defeat in the last election is but a slap on the wrist compared to the rebuke that still awaits Williams and his successors.

Hell has no fury like decent, hardworking people who feel they have been screwed.
Posted by Des Sullivan at Thursday, March 16, 2017