WHEN YOU THINK MUSKRAT, DO YOU BELIEVE “NEVER AGAIN”?

There are a few matters that need to be discussed before the details of the Muskrat Falls debacle test the patience of readers (as if they haven’t already).

Reflections on the past year, as the Inquiry examined a bevy of politicians, bureaucrats and consultants, leads essentially to a single question: how did so many people in positions of responsibility exclude themselves from common ethical norms and processes, as well as the “best practices” of their professions, affording themselves engagement in a lengthy, complicated, and costly plan of deception to achieve the sanction of such a reckless, state-sponsored project?

The question is only partly addressed here; the lengthy and diverse evidence supporting the mostly likely thesis — better coming from the Inquiry Commissioner anyway — would test most anyone’s patience. Still, the likelihood of Muskrat’s repeat is high. If the next one is not on that scale of “crazy” it is only because no one is foolish enough to lend us the money — not because the current political leadership is any less reckless.

In this context, it is well worth reading from a Presentation to the Commission of Inquiry by Consultant, Dr. Bent Flyvbjerg, who has studied the successes and failures of megaprojects globally. The academic and lead writer of the Presentation categorised the factors that gave rise to their birth and applied his research to explaining why so many projects that should have been “stillborn” received the enthusiastic support of their boosters, leaving one purse or another far poorer. 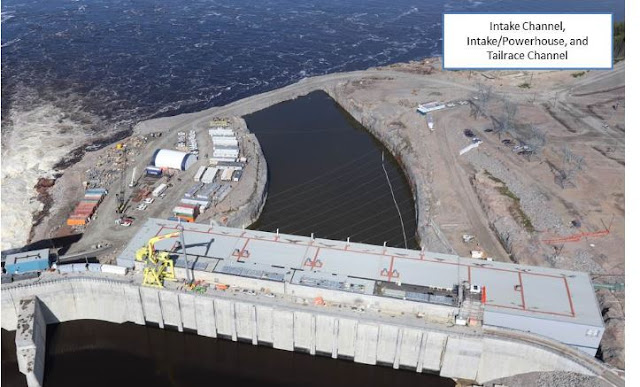 Flyvbjerg’s thesis of “strategic misrepresentation or political bias” (at P - 00004, p 17) is a quite suitable ascription for the rationale that licensed, in Stan Marshall lexicon, the Muskrat “boondoggle”. It fits with the facts as the Inquiry heard them, not just once but on multiple occasions. After all, the Inquiry dealt with a multiplicity of forecasts and conclusions — comprising a litany of contrivances neatly presented by Nalcor as if they constituted a serious business case for the project. The explanation defined by Flyvbjerg is given context in this quote from his Presentation:

“… forecasters and planners deliberately and strategically overestimate benefits and underestimate cost and schedule in order to increase the likelihood that it is their projects, and not the competition's, that gain approval and funding.

“According to this explanation, actors purposely spin scenarios of success and gloss over the potential for failure. This results in managers promoting ventures that are unlikely to come in on budget or on time, or to deliver the promised benefits.

“Political bias can be traced to political and organizational pressures, for instance competition for scarce funds or jockeying for position, and to lack of incentive alignment.

“The key problem that leads to political bias is a lack of accountability for the parties involved in project development and implementation:

“(1) Because of the time frames that apply to major project development and implementation, politicians involved in producing overoptimistic forecasts of project viability in order to have projects approved are often not in office when actual viability can be calculated.

“(3) Contractors, who are an interest group in its own right, are eager to have their proposals accepted during tendering. Contractual penalties for producing over-optimistic tenders are often low compared to the potential profits involved. Therefore, costs and risks are also often underestimated in tenders. The result is that real costs and real risks often do not surface until construction is well under way.

“Optimism bias and political bias are both deception, but where the latter is deliberate, the former is not.”

Flyvbjerg makes a very fine point in characterizing the difference between “optimism bias” and “political bias” in the context of its deliberateness. Still it is one, I suspect, that will not challenge the Commissioner’s analytical skills too deeply, especially considering the frequency with which the “best practices” claimed by both Nalcor and the Government were ignored.
________________________________

Interestingly, too, if anyone works through all the occasions when bias influenced the rosy predictions (fulfilling Flyvbjerg’s first criterion of deception) of the politicians and Nalcor senior bureaucrats, is that another conclusion is warranted: it is that the Muskrat Falls project was “predetermined”. This is an important issue for which the evidence is substantial and, in the view of this observer, in alignment with Flyvbjerg’s thesis.

In addition, and by implication, “predetermination” placed all alternatives to Muskrat outside the ambit of objective inclusion. Readers will recall that Nalcor gave Muskrat a Cumulative Present Worth (CPW) that exceeded the “Isolated Island” option by $2.4 billion. “Predetermination” of the Muskrat outcome makes that “lie” palpably maddening!

The idea of “predetermination” has at least one other linkage. The authority given Nalcor by the Williams’ Administration to build a megaproject, in alignment with their Plan for an “energy warehouse”, enabled skirting of even the “normal” processes of government review and oversight.

The megaproject mandate essentially came cloaked with an authority akin one taken by a “rogue” regime. Consider, for instance, the idea that the CEO could arbitrarily decide what information could be kept secret merely having classified it “commercially sensitive” — which often exhibited a standard of disclosure far below that held by public companies on the European and North American Stock Exchanges. Such secrecy having been “legitimized” in legislation, it is not surprising that Nalcor’s wanton behaviours include even the ill-treatment of its Board of Directors (even if they were unable or too partisan to recognize the fact), and the failure to inform politicians of critical project cost data.

This enabling afforded Nalcor the opportunity to engage in “practiced” deception, considering the number of occasions and the many forms in which it was employed. It is important to understand that, on the government’s side, the enabling and the de facto (if not overt) nods of approvals of its tactics permitted a style of Corporate behaviour that also became “legitimized”.

It came as no surprise that in the Final Summation of Edmund Martin, the former CEO, laid claim to such authority. His Summation in detail is beyond the scope of this piece but suffice to say whether Martin’s argument is even coherent belies the expectation of a professionally-run and ethical Corporation. Nalcor might, at least, have covered off the content of the briefings and decisions obtained from the Government, with a paper trail — which it did not.

The Commission of Inquiry turned up multiple examples of both “predetermination” of the project and “deception” of the government, but more especially the public.

Public concern over Muskrat long ago shifted to the ‘bread and butter’ issue of “rate mitigation”. That is understandable. But, as did the Tories, the Liberals under Dwight Ball continue to use hundreds of millions of dollars of public money (the Bay du Nord equity stake) for investments, though they bring no experience to the table in the assessment of the risk against which this money is put. There is only the hope that, if an investment is good for major oil companies it is good for the province, too.

Often not even aware of the risk/reward fundamental or having assessed the downside from a policy perspective, Government delivers these investments to the public as a “fait accompli”. The public’s contribution is their nod to blind faith that the politicians know what they are doing.

P.S. In bringing to a conclusion an appraisal of some of the evidence which the Commission heard during the past year, I will add a post that will chronicle some of the evidence confirming the Flyvbjerg assertions of “optimism bias” as well as evidence that underpins the suggestion of Muskrat’s certain sanction — “predetermination” — any other option having been set up for rejection.

Finally, I want to address the question of penalties that ought to be meted out to the “culprits” most responsible for saddling the province with the Muskrat debacle.