ANONYMOUS ENGINEER HAS ADVICE FOR AUDITOR-GENERAL

Some critics of the Muskrat Falls project, including this scribe, had hoped that the Auditor-General (A-G) might review the activities of Nalcor several years ago. Confronted directly on the issue, during a presentation on the province’s fiscal position at Memorial, the A-G excused his Office based upon a limited budget and a shortage of resources.


Then in November, 2016 Terry Paddon – with no evident change in those resources - suddenly got energized. He told the media he now planned “to take a look at Nalcor Energy (and) possibly Muskrat Falls."


The focus of the A-G has to be sharp and precise. In this instance to investigate the allegations of estimate falsification of Muskrat Falls.


In its Mission Statement the A-G’s Office states:


"As legislative auditors, we audit financial statements and other accountability documents, evaluate management practices and control systems, and determine compliance with legislative and other authorities.


Our purpose is to promote accountability and encourage positive change in the stewardship, management and use of public resources".


Contrary to the stated “Mission” there has not been any response from the Office of the A-G on anything.

OF DECEIT, EMERA AND MUSKRAT MADNESS

Close observers of things Muskrat are by now getting used to troubling news regarding this benighted project.

However, the most recent Uncle Gnarley posts building on revelations first made by a former Muskrat Falls project engineer (aka the Unknown Engineer) on UncleGnarley on January 30, 2017 must have shocked even the most cynical.

Seriously - are we talking about someone playing fast and easy with the numbers?

If true, would be big time shit.

Then came last Wednesday’s stellar CBC St. John’s Morning Show interview by Anthony Germain featuring the disguised voice of the “Unknown Engineer” repeating on the public airwaves his astounding assertions ending with a call for a “Forensic Audit” of the manner in which the Muskrat project costs were prepared.

The next day Mr. Germain followed up with an extended interview on the mechanics of a Forensic Audit with financial wiz Larry Short – all of which served to turn up the heat on this issue in dramatic fashion.

WILL THE A-G PROBE FALSIFICATION OF MUSKRAT COST ESTIMATES?

On January 30, 2017 Uncle Gnarley posted on the falsification of estimates, drawing upon allegations made by a Nalcor engineer, who said that

I could not put up with falsifying information anymore.To begin with, the original cost of $6.2 billion on which the project was approved was a complete falsification. The estimate was deliberately kept low — below $7 billion, so as to appear favourable relative to the cost of thermal power generation.

The likely costs were known about three years ago, but Nalcor Management kept it a secret, steadfastly denying that there were major schedule delays and cost overruns, until it was no longer possible to hide the true status with the election of a new Provincial Government.

TIME FOR ENGINEERS' ASSOCIATION TO BE HELD TO ACCOUNT ON MUSKRAT

First, I have to relate a little story which will provide some additional context to the purpose of this item.

Back in October 2014, during the visit of Dr. Stig Bernander who came to the province to conduct field work along the Lower Churchill River, I woke up one morning to find the Association of Professional Engineers and Geoscientists of Newfoundland (APEGN) in pursuit of the Professor. The email read that APEGN was trying to contact Dr. Bernander so that the association could cite him for having used “P. Eng.” – the designation which is for the proprietary use of APEGN.

Evidently, APEGN had received a complaint from one of its members - following an advertisement I had posted in the Telegram. The advertisement was placed for the sole purpose of inviting the public to the Bernander Lecture scheduled for presentation at the LSPU Hall. The complaining engineer noted that Bernander had not registered with APEGN and was therefore unqualified to use the engineering designation.

Admittedly, I thought the email peculiar. After all, the octogenarian Professor had come here, pro bono, in response to an important public matter, the North Spur. I thought it rather ungracious – to say the least – that he should be tracked down so that a fee could be collected.

The collapse occurred in the lower portion of the draft tube as shown on the following Figure1, copied from Figure 2 in the aDb report. In this area, the water passage changes from a vertical expanding cone to an almost horizontal expanding rectangle as shown in Figure 2. It is the most complex double-curved shape in the project and very difficult to build.
For small turbines, the shape is formed in timber, with an east coast shipwright engaged as the carpenter foreman. A shipwright carpenter is the only person capable of cutting and shaping the timber to the required complex shape.
Read more »
Posted by Des Sullivan at Thursday, May 04, 2017 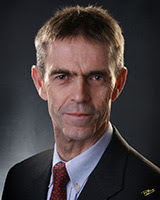 Hydro projects underway in British Columbia and Manitoba are making waves among observers, all drawing parallels with the Muskrat Falls project. While there are many similarities, the public should be careful in concluding that Muskrat is entirely their mirror image.

Each has origins inextricably tied to gung-ho engineers, compliant bureaucrats, and politicians unwilling to subject self-serving assumptions and overbearing risk to professional and objective review. This is bad enough, except Muskrat will be forever dogged by the deceit that underscored project sanction.

We’ll come back to that point, but others are also instructive.