If you visited the pumps lately, you likely came face to face with oil prices north of $1.60/L. The pricing pressure begins downstream; Brent crude/barrel hit US$85.00 last week.

Some analysts suggest that if the resurgence in airline travel and underinvestment in exploration activity is combined with other events, such as a colder-than-usual winter, the result could be $100/barrel oil!

That’s great, isn’t it! Well, not really; when unexpected developments occur, there are always winners and losers, too.

In this case the general public will likely see themselves the losers; the provincial government may be the temporary winner. But don’t jump to conclusions before I have a chance to burst that little bubble.

In this province, oil revenues represent the glue of solvency, even if it isn’t actually true. That is the job of “faith”, mostly of the bondholders, which is derived from the perceived goodwill of the Government of Canada.

"Faith" having been invoked, we’ll come to those possessing “hope” shortly. 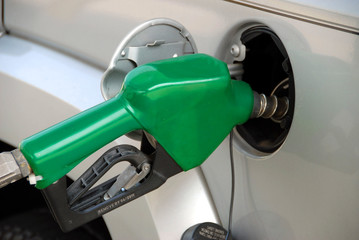 This year’s provincial Budget was based on a price projection of $US64.00 per barrel. Provided that the $C/$US exchange rate averages 79.6 cents, each additional $US/barrel represents an additional $19.0 million to the provincial coffers. So far in 2021, the average exchange rate favours this budgetary assumption but because average oil prices also stayed close to GNL’s forecast, any uptick in revenue may only be modest.

Next year might bring better news, if high oil prices persist and don’t cause a tailwind of inflation and interest rate hikes.

To the point, however, even if oil returns additional royalties of a couple hundred million dollars or so, will it really matter?

It is worth remembering that NL has a structural deficit of around $2 billion. Borrowing for capital account – infrastructure – adds roughly another billion onto the deficit. The requirement to borrow $3 billion each year – not including the shortfall required by Muskrat Falls “rate mitigation” – remains a sobering state of affairs. GNL uses accounting trickery to distort this truth but the perception won’t endure.

Against those numbers, even an additional two hundred million dollars from royalties is not curative; in the hands of spenders it might even serve as fuel for more spending.

This brings me to the nub of the issue: though the Furey Administration was returned to Office in March, not a word has been heard on a plan to curtail program costs. Such a plan is the only real solution to our deficit woes and even this effort must be combined with a lot of luck (i.e. high oil prices, low inflation, and continued low interest rates).

I took out my copy of the PERT Report recently. That’s the one which Premier Furey put Moya Greene and a Committee of capable people to work on our fiscal mess. The Report was not perfect, but it contained important elements of a plan for fiscal repair. Perhaps you will remember one particular revelation. The Report noted:

Adding in estimated borrowings to cover the 2020-21 shortfall of approximately $2.8 billion, brings the total public sector debt obligation to $47.3 billion - the equivalent of $182,000 for every worker or $215,000 for every household in the province.

That was sobering, especially when the figures eluded mention of even the Office of the Auditor General.

The PERT Report stated that if Newfoundland and Labrador’s per capita program spending was in line with that of other provinces, program expenses would have been $1.18 billion less in 2019-20. This means that at least some measure of a solution, though not the whole one, is possible if only the will could be found.

Among other ideas, the Report proposed:

- Balanced Budget Legislation, legislation which “would encourage everyone, not only politicians, to work within a fiscal framework.”

- 50 per cent of oil and mineral royalties should be considered in expenditure planning; the rest should be paid on debt or placed in a Future Fund.

It does seem absurd to be talking “Future Fund” when you are up against an annual $3 billion deficit and a $47 billion total provincial debt. But everyone conveys the prospect of hope differently. I’m not big on hope except when it comes to weather; I prefer a realistic repair plan and sticking to it - come hell or high water. Admittedly, it is a difficult sell when partisan politics trumps common sense.

When, eventually, GNL has to admit that even $85+ per barrel is no better plan than “hope”, one can always wonder if the dust settling on the PERT Report is a consequence of Premier Furey’s big “reimagining”.  Decisions, not deydreaming, is what creates real change.

The public ought to be demanding a program of expenditure reduction, even if the likelihood of any appearing seems delusional.

They should also see an accounting for the Muskrat “rate mitigation” calculations so that they fully understand the assumptions on which revenue forecasts are based for the capital and O&M costs. Transparency demands that they be permitted to come face to face with the amounts unaccounted for by the promise of Federal generosity and the rhetoric of other sources, which an empty provincial Treasury will be expected to fill.

This might even be accompanied by forecasts of domestic power demand for the next five years, which Nalcor always exaggerates; lower demand, in this case, puts upward pressure on rates just to even out revenues.

The merger of Nalcor and NL Hydro has been announced. An able Premier would inform us of the efficiencies achieved to date.

Having buried the PERT Report, he could also tell us why the healthcare “reimagining” of Dr. Pat Parfrey and Sister Elizabeth Davis will be treated any differently. Perhaps, it’s not only the bondholders who have faith.

Otherwise, considering the ferry procurement management disaster reported on the the A-G, reminiscent of some of the goings-on that occurred during the Muskrat Falls pre and post sanction period, the Premier ought to be reporting on whether NL still has a competent senior public service. Perhaps he can tell us what has changed and why we should believe that they would not mess up any plan of fiscal reform.

The public cannot rely on the Tories for any such discussion; those specic cases occurred on their watch.

On the larger issue, however, high oil prices are only an aggravation at the pumps; they are not a source of hope even if the politicians say otherwise.

But if “hope” works for you, who am I to argue.