IS MUSKRAT FALLS A PONZI SCHEME?

There are remarkable similarities between the business model for Muskrat Falls and a Ponzi scheme, credited to Charles Ponzi, who instigated the first Ponzi scheme in 1919.

Bernard Madoff was one of many who built upon the original Ponzi concept. Madoff met his Waterloo in March  2009, when he pleaded guilty to 11 federal felonies, including securities fraud, wire fraud, mail fraud, money laundering, making false statements, perjury, theft from an employee benefit plan, and making false filings with the SEC. Will Muskrat Falls lead to such a wide range of criminal charges after the Commission of Inquiry has concluded?

The business model for Muskrat Falls is built upon fictitious energy sales which created unearned revenues. Electricity consumers were conscripted to participate in these fictitious sales through amendments to the Electrical Power Control Act which conferred monopoly power upon Nalcor, so that all large consumers of power were required to buy power generated at Muskrat Falls.

These fictitious energy sales were embodied in a power purchase agreement between Nalcor Energy and its subsidiary NL Hydro. This agreement was a take-or-pay agreement which required NL Hydro and its customers to buy the power regardless of whether any market exists for the power. The PPA was pledged as a mortgage to the federal government who provided the loan guarantee. Why did the federal government accept such weak collateral for such a large loan?

This Ponzi deal claimed that energy demand would rise from 7 billion kilowatt hours to 10.5 billion kilowatt hours within 15 years. This ignored the simple demographics of a declining and aging population. It also ignored the fact that if rates rise then people will seek other alternatives. Government can legislate the monopoly power of Nalcor but they cannot force people to consume electricity when alternatives are available, such as oil heating, heat pumps, wind and solar power and improved insulation. Economic analysis reveals that when power rates double the demand for power will fall by 40% or more. Consumption will drop from 7 billion kilowatt hours to almost 4 billion. This means that demand for Muskrat Falls power will vanish, along with the additional revenues needed to pay the $800 million in additional costs.

Compounding the fictitious demand is the falsification of construction and operating cost estimates. The CBC confirmed the Uncle Gnarley Blog's report that cost estimates had been falsified to achieve project sanction
A senior engineer who worked on Muskrat Falls says Nalcor Energy should be subjected to a thorough forensic audit to find out how the Crown corporation arrived at the "ridiculously low" initial cost projection for the hydro megaproject.
"The unit prices used to generate the estimate were far too low and did not represent the reality of harsh construction environment of central Labrador," the engineer said.
"The risks were vastly understated and the contingencies absurdly low."
The engineer — whose identity CBC News has agreed to protect, because he is not authorized to speak publicly about his work on the project — believes that "the purpose of this estimate was not to generate an estimate for project implementation, but secure project sanction."
The Muskrat Falls project depends upon the timely release of water from the giant reservoirs at the Upper Churchill. Hydro Quebec has control over all power generated at Churchill Falls, except for 300 MW of Recall power and 225 MW of power to replace Twin Falls. The only issue in question is whether the Renewal Agreement which applies to the last 25 years, from September 1, 2016 to August 30, 2041, of the 65 year power contract, gives Hydro Quebec the same rights as they had for the first 40 years.

The Quebec Superior Court ruled in August 2016 that Hydro Quebec’s rights remained unimpaired until 2041 and did not change at the end of the first 40 years. Nalcor had relied on a Water Management Agreement to which Hydro Quebec was not a signatory in order to give the Churchill Falls Corporation the power to manage the water flow and to allow for the banking of water and energy between Nalcor and Hydro Quebec. The Quebec Superior Court decision allows Hydro Quebec to ignore any effort to coordinate power production through the impotent Water Management Agreement. Without such coordination Muskrat Falls will not achieve its full energy and capacity output.

Philip Raphals (Muskrat Falls contribution to the reliability of the Island Interconnected system, October 17, 2016) concludes that unless the Quebec Superior Court decision is overturned on appeal or made irrelevant by a negotiated agreement with Hydro-Quebc, the power available to Nalcor will be limited depending on the flows in the Churchill River. He concludes that the firm capacity available to Hydro – after taking into account the obligation to deliver 167 MW to Nova Scotia – is probably limited to about 211 MW, far below the reputed capacity of 824 MW. “The unavoidable implication is that the capacity balance … systematically overstates firm capacity available to the IIS, perhaps by up to 400 MW.”

Charles Ponzi assured investors they would make a profit. As long as the money was flowing in it kept flowing out. Ed Martin promised great returns flowing from Muskrat Falls. On September 29, 2015, in a press release by Nalcor Energy, CEO Ed Martin said that Muskrat Falls would generate $60 billion in “savings and revenue to the province over the next 50 years.” The November 24, 2015 response to my ATIPPA request cites an incredible $61,848,209,000 in savings and benefits, including $27 billion in “cumulative present worth” savings over the isolated Island alternative and $17 billion in dividends. 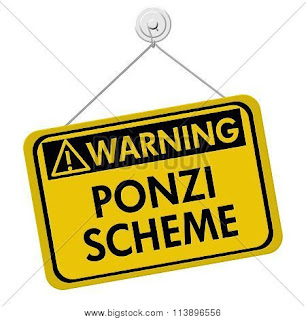 On December 17, 2012, while announcing the sanctioning of Muskrat Falls, former Premier Dunderdale made the following statement:

Muskrat Falls will provide the province with a stable revenue stream and will not impact net debt. The project will also generate estimated revenues in excess of $20 billion over 50 years once it comes onstream. (My bolding)

On December 20, 2012 Finance Minister Tom Marshall said in the House of Assembly that Muskrat Falls
will pay a dividend to the people of Newfoundland and Labrador of in excess of $20 billion, starting in 2017 for the life of the project. If we were to include estimates of sales of surplus power into the American markets, it would be over $24 billion.

The 2015 Budget Speech by Finance Minister Ross Wiseman contained the following statement about the recovery of the province’s investments over a mere eight years.
Government's last equity injection in Nalcor will be in 2017-18. Over a total investment period of 10 years, the provincial government will have invested $3.1 billion in Nalcor. Every penny of that money will be returned to the province by 2025-26. From that time on, the dividends continue to increase for Newfoundlanders and Labradorians. (My bolding.)

Can we hear the voice of Charles Ponzi and Bernie Madoff in these preposterous claims?

In the current instance governments and Crown Corporations are the players and the citizens are the victims. Will criminal charges be laid from this deception and fraud? What role will the Commission of Inquiry and its forensic audit play in its disclosure and in identifying whether public institutions acted against the public interest?

In spite of these fictions, the Auditor General makes the following comments on Muskrat Falls in his recent report:
The existing Muskrat Falls business, regulatory and financial structure ensures costs, expenses or allowances related to the Project will be recovered, in full, from ratepayers in the Province. Because the structure ensures there will be sufficient revenue generated from ratepayers over the life of the project to cover the capital and operating costs of Muskrat Falls, it is unlikely that the Muskrat Falls assets would be considered impaired in value on the financial statements of Nalcor.

I have already expressed, in a previous Uncle Gnarley post, my disagreement with these statements. No such assurance of recovery, as claimed by the AG, exists. “Impairment in value” is a virtual certainty and far from “unlikely”.

In the Public Accounts of the Province, facilities costing $12.7 billion or more are recorded on the credit side as liabilities, representing the money borrowed, or to be borrowed (totalling $4 billion). On the debit, or asset, side they are recorded as fully offsetting share certificates in Muskrat Falls. Value is based on the $12.7 billion in construction cost. Inevitably there will be a write-down and that is when the impairment will be officially recorded, meaning that net debt of the province will show the impact of the project on our finances.

If the assets are written down to $8.7 billion then the federal government and Emera will be fully protected but the NL government will have lost out. The province’s share value will be zero. The debt incurred by the province will remain, with no offsetting assets, so our net debt will rise from $14.6 billion (projected for March 31, 2018) to $18.6 billion. If the write-down reduces asset values from $12.7 billion to $4 billion then the federal government will lose $3.9 billion as will federal taxpayers while the province’s net debt will rise to $18.6 billion. Bondholders, protected by a federal loan guarantee, will be saved harmless.

PlanetNL has concluded that if the value Muskrat Falls measured by the present value of earnings, a well-accepted method among appraisers, then the assets will have zero value. In this event we will have lost our full equity investment of $4 billion. Before this happens will we be required to inject even more equity capital if the cost escalates further as a result of our completion guarantee?

Should the AG for NL now investigate the fictitious unearned revenues, electricity demand projections, cost estimates and the misrepresentation of power supply available? Should the AG also review the contingent liabilities of the province to determine if the Public Accounts fully represent the recourse to the province provided in the loan guarantee agreement, which can be triggered by further cost escalation (the completion guarantee embodied in Schedule A section 2 of the 2012 loan guarantee agreement).

Yes Muskrat Falls is a Ponzi scheme, grounded on fiction and deceit. However, the $12.7 billion and rising cost is not fiction. The costs are real. We must begin with straight talk as to where we are, how we got here and how to escape from the Ponzi scheme we have constructed for ourselves.

The appointment of a Commission of Inquiry should be the beginning of this process but only if the terms of reference are sufficiently broad and if the Commissioners selected have the necessary skills for this daunting task.