THE AG AND THE CONSUMER ADVOCATE DO THE PROVINCE A DISSERVICE


— Alice in Wonderland (1951)
Only within the upside-down world of Alice would much of what is occurring in this province make any sense. Still, the behaviours of such an inverted — some would say perverted — place, their origins in the Premier’s Office, ought not to extend to our few institutions.

Politics in NL has been turned upside down.

An excessive level of stupidity, denial and self-interest — far more than normal — has infected our political process. That the Ball Liberals have prolonged the madness begun by the Tories does not make it any less mad. It has been allowed to run through the senior bureaucracy, too — try as the government might to create the perception of normalcy. 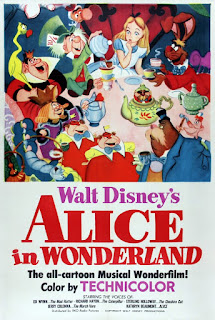 When the political leadership is in crisis, the public should be able to rely on normally sensible people to contradict arrant politicians. No differently than in the mad world of America’s White House, where Trumpian politics has upped the ante on craziness beyond Alice in Wonderland proportions, NL is subject not just to the behaviours of the actors involved but also to real-world consequences.

At least the U.S. Senate and Congress, each constitutionally entitled to check the power of the President, is sufficiently (albeit just barely) unbound by partisanship to avoid being comprehensively tethered to Trump’s inanity.

In this province, we have few such checks and balances.

The legislative committee system doesn’t work. The Official Opposition doesn’t function — undoubtedly fearful its recent history as the Government will become uncloaked by an Administration better able than Premier Ball to articulate its devastating legacy.

That essentially leaves us with the Office of the Auditor General (AG) which has the freest hand, the PUB and, because many of our woes relate to dreadful — possibly corrupt — decisions involving electricity, the Consumer Advocate.

Even though those institutions have limited legislative authority, none of them is under the direct thumb of the Premier. For this reason, they ought to display an essential integrity. They should want to keep their Offices safe from political taint — from warp by the self-serving interests of the Executive Branch.

In times like we now experience, we don’t want our institutional heads to crawl down Lewis Carroll’s imagined or metaphorical rabbit hole, giving credibility to obfuscation and to outright deceit.

It is not enough even that they poke their heads out occasionally to confirm that they are still alive.

The AG and the Consumer Advocate, in particular, need to acknowledge the existential financial threats bearing down, and that they have the fortitude to act within the outer edges of their mandate. We expect them to be activist — even if such activism involves nothing more than giving the government public counsel which, on occasion, may constitute harsh rebuke.

Yet, in this province, there is no such luck!

Indeed, the Premier finds institutional succour from some of those very same people.

Said the Premier on his refusal to call a Forensic Audit:

“I have heard from the AG, Justice, Nalcor CEO and board, as well the Consumer Advocate, that an inquiry/audit has the potential to interrupt operations.”

The Premier, having invoked the sources of his counsel, elicited no public statement to the contrary from the AG, the Minister of Justice, or the Nalcor Board of Directors. Stan Marshall and the Consumer Advocate are both on record as not favouring a Forensic Audit at the present time.

Of course, Nalcor’s counsel is irrelevant anyway — as if the criminal suspect has the right to influence or to be a moderator over the police investigation their actions demand!

Strangely, from not one of the institutional heads — the AG, the Consumer Advocate, or the Minister of Justice (who has an institutional role as the Attorney General) — has there issued a single proof giving credence to the suggestion that a Forensic Audit would be disruptive, that it might slow down the MF project.

There is no public proof except the Premier’s bland assertions, that is. Neither the AG, the Consumer Advocate, nor the Minister of Justice has the engineering competence, without reference to a specialized technical authority, to independently make such a judgment.

Yet, unless the Premier is not telling the truth, they have only shared with him the nod of deference.

Seemingly they have offered no limitations on their counsel, no restrictions as to the form of investigation necessary, no restrictions on timing, no advice as to how the most likely senior miscreants might be corralled to prevent further offense, or even how the chief suspects might be contained for cross-examination at a later date.

Ostensibly, neither the AG nor the Consumer Advocate asked the Premier why he did not keep his word about conducting the Humber Valley Paving Inquiry, to which he long ago stated his commitment, or why they should believe him now.

The AG knows, or ought to know, the financial state of the province. The Consumer Advocate has echoed the Premier’s rhetoric about rate mitigation.

Both men know, or ought to know, that the province is fiscally incapable of maintaining power rates, post-Muskrat, at or near seventeen cents per kWh. The Government's till is empty. The Premier’s assertions are unrealistic, even unattainable. Worse than in the twisted world of Lewis Carroll, they are deceitful — no more, no less.

Yet from the two there is only the eagerness to not be off-side with the Premier, permitting him free rein to give the public a completely false sense of expectation. 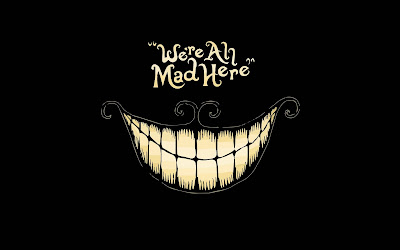 There is further context to be found in Alice in Wonderland.
In Lewis Carroll's original novel, Alice asks, “Would you tell me, please, which way I ought to go from here?”

The Cheshire Cat responds: “That depends a good deal on where you want to get to.”

Of course, notwithstanding crisis, the Premier exhibits no idea that he is anywhere but lost.

Institutional leadership could help steer him to a sensible course. Alternatively, they could inform the public of the truth of their predicament and leave the rest to us.

But the two only know the language of institutional deference; of leadership all too willing to play along.

As in the world of Alice, wherein the normal rules of neither lexicon nor life apply, the politics of NL gets “curiouser and curiouser” indeed.