As much as Newfoundlanders and Labradorians heading into a new General Election are hoping, wishing and praying for the status quo, change is what they will get. That is the case regardless of who wins.

That is a view you won’t hear from the Party Leaders. You'll need to decide whether to read on.

The Province has lost thousands of people, especially since the ‘60s and ‘70s, and more following the cod moratorium. The latter were mainly tradespeople and other workers who looked westward for their pay cheques, earning the ascription “rotational” workers. Leaving, they looked back at a society that had not figured out how to leverage a huge fishery and other natural resources into enduring wealth and jobs.

Then, and later, in the pubs and occasionally on the hustings, as offshore oil development created new optimism, debate was rife over how we might hang on to what was left of our rural character against the steamroller of big oil and swaggering oil men.

Back then, too, unemployment was high and wages low. The Government delivered services meeting no one’s expectations. Still, many had seen a lot worse. And, as tough as it was, there was a grounded-ness in how we, and our politicians, behaved.

The enjoining of Alberta’s economy and our own caused profound change, especially in the wage economy but, at least, it wasn't the malicious kind.

Newfoundland had its share of luck. World markets, even more fleeting for oil than for fish, allowed “black gold” to repair some of what people were fleeing. It offered breathing room for a place slow to learn that trade-offs were necessary, that the conveniences of urbanity and development on a massive scale were frequently incompatible with big health care in every town, teachers on Toronto wages, and an excess of public servants demanding the same.

In Alberta, it seemed, you could have your cake and eat it, too. Except that time proved, even there, it was only temporary.

For some, that may have been an expensive lesson but still not as costly as what was happening back home. An arrogant “Townie”, having peddled his own oversubscribed assets, thought he might leverage — no risk to him — the first bit of spare cash NL had earned in 500 years. He had used the thinking of one who defines success as winning the Lotto, and expertise as the hiring of his slick buddies to important jobs. He would be followed by a couple of deferential baymen and women, each enthralled by his swagger. 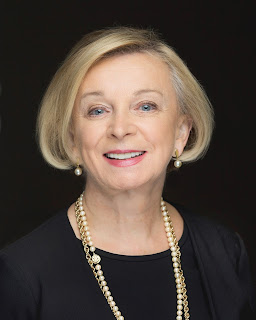 Thirty years later, the Alberta jobs are gone; their houses in Too Good Arm, Tilting, Triton, and hundreds of others, are again expected to offer the refuge Alberta now denies them. The one thing worse than being deplaned by COVID-19 and Air Canada is having no reason to get on the “Red Eye” in the first place, which is to say, no job to come back from.

Thirty years is a long time. Many who did the “rotation” are middle-aged. The last thing that they now want to hear is ‘shite’ about a government worse off than they are. Their parents, the ones driven away by the moratorium, are nearly all retired.

They will tell you about the years of subsidizing industry for a few paltry jobs. Names like “Linerboard” came as easily as ASARCO, rubber boot and battery factories to their grandparents; now easily spoken names like Husky, Suncor, and the Come By Chance Refinery are the latest ones looking for hand-outs. We’ll give them money that the Feds have allotted and more of the borrowed kind too, without question or commitment. Why? Because we can; the consequences delayed. Perhaps, it comes from a “rotational” mindset that we all possess; a willingness to only look ahead three weeks at a time.

The discipline of common sense and affordability, even the ability to wait out those who want what we have for less than its worth, always seems to elude us.

“Short-termism” is found not just in the way we live; it is engrained in our politics, too. An election has been called. The Premier is favoured to win. Ches Crosbie, not able to beat the vanilla pharmacist last time, is trying again.

If you listen to Ches, his promise of his Party as a "jobs machine" means that he’ll have one for every Newf, and another for every laid-off Albertan too.

Ches is full of shite. 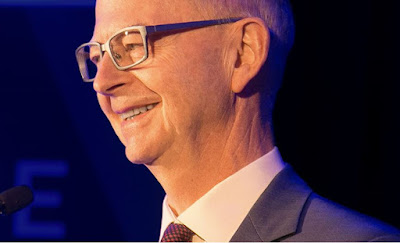 Though they have always tried, the NDP can't out promise the Liberals and the Tories in this Election. If they weren't so conflicted with NAPE's agenda, the smart money would have done an end-run around the two others and talked about the real public interest - not NAPE's. Soon to be left out of the Legislature, they won't even be able to claim an "I told you so."

Then, there’s Moya Greene.  Governments generate those Reports all the time, don’t they?

Hers will gather dust. The Premier has said as much.

"The report is just a report... They're just recommendations", the Premier told the Press, undermining her and her Task Force in the blink of a partisan eye.

After five months in Office, not once during the times he spent "reimagining" has he been moved to get rid of the scalliwags at Nalcor — not the ones in the Hydro commercial, but the liars and the fraudsters; the ones that helped ruin us.

He can't - or won't - even cancel their bonuses; an outrageous affront to decency and the public trust. Next year, the public will pout again, as the media brings it to their attention. Then they'll forget it.

As to the debt and the deficit: "You don't cut your way out of a financial mess, you've gotta grow your way out and so that's the tactic and strategy we're going to take," Furey's address read, as if the public had never heard fantasy before.

When integrity is not a part of the reordering of government in a financial crisis, when delusion is the essence of political platforms, what should public expectations be? 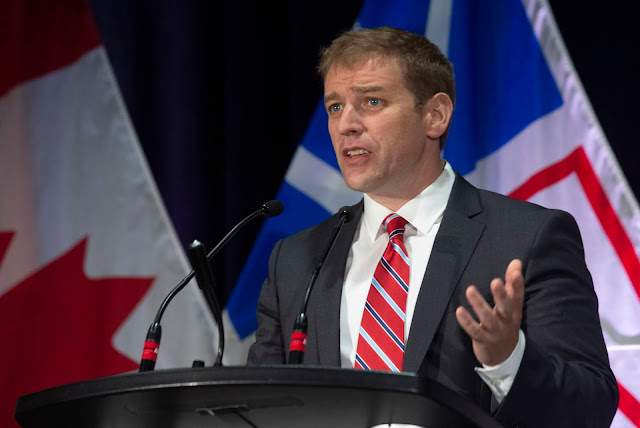 Like the rest of us, the returnees from Alberta know that not much changed while they were away. An F-150 may occupy their driveway, laden with worrisome debt but, deep down, everyone knows that it is just a metaphor for the ‘heavy axle, twin cab’ on which neither the synchronous condensers nor the turbines work.

Perhaps the Bay du Nord, Cambriol and Cappahayden oil discoveries will all come in. Guyana’s nascent oil sector might even need a few “rotationals”.

Except at NOIA and Nalcor, everywhere else the optimism is tempered. The Economist quotes a Consultancy predicting "renewable power might account for 43% of capital spending by 2030 for BP…” Oil, for years the worst-performing sector in the S&P 500, continues its decline as Equinor and other "majors" invest in “carbon capture” and energy that causes a lighter footprint. The initiative is about corporate survival requiring lower costs for most everything, especially labour, a defense against the Saudis and America’s shale oil.

Do you think that such foreboding possesses the sound of either high paying jobs or permanency?

This can only mean that our politicians will know no floor when the “majors” again come calling. The "conditions" of an investment are those placed by mature and patient companies; the undisciplined think of Friday's pay and politicians of the next election. "Short-termism" is not a genetic predisposition; self-interests just afford it too much practice. 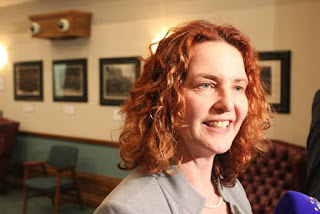 So, what are the certainties that are left?

The election will end. The rhetoric of Andrew, Ches and Alison will not. That's about it.

Reality need only be grim when you can't face your banker.

In the pubs and the eateries, we might begin again the debate about what we want Newfoundland and Labrador society to be. It won’t be the one we might have described thirty years ago, and it certainly won’t be the status quo. That one is a mirage anyway put against $33.8 billion of debt. It’s a lot of “cold water”, isn't it.

In short, neither Andrew Furey, Ches Crosbie, nor Alison Coffin is going replace the great oil rush or the money that Danny and his ilk have squandered.

Very soon, a jolt of reality — likely from the bond market — an interest rate hike - another freeze among lenders to the B and C Grade - or no lender at all - will remind Newfoundlanders that the rhetoric simply doesn’t work. It will dawn on us that we will have to employ here the same skill and enterprise that sent thousands westward in the first place.

We will  have to work harder — and for less money. And, for the Federal Government to help - at all - we will have to be supplicants. In the end, no matter what is said by the politicians in Confederation Building, the ones who represent Labour, or even the key-holders of our franchise economy, who unlock the box stores and the law firms each day, the market will have its way.

By all means, listen to Andrew, Ches and Alison, as you wish. Embrace, if you prefer, the delusion they will use to purchase your vote.

But you deserve to be warned that, if their pablum is the thing on which you hang your hat, eventually — and soon — you might begin to think like the returnees from Alberta, who regret that they ever came back.