One of the most worrisome aspects of Premier Dwight Ball's leadership is confirmation that he does not understand the critical issues facing the province and he is blissfully content in his ignorance.

Former Premier Dunderdale suffered the same malady. She, too, seemed confused — especially with respect to Nalcor, the Muskrat Falls project, and the relationship between development costs and market value of the power. The only difference is that Ball is less imperious.

Premiers Tom Marshall and Paul Davis were slightly more articulate but both men either did not understand their briefs or deliberately misled the public. They, like Danny Williams, were never reticent about boasting of the province’s good fortune — Newfoundland and Labrador, they said, was going to earn hundreds of millions from the Muskrat Falls project. Of course, it just wasn’t true.

With the election of Premier Ball, mindlessness to facts received no appeal.

Interviews conducted by the mainstream media in recent days illuminate the current Premier’s vacuity; often he isn’t coherent enough to be able to say that he is being loose with the truth.

The Telegram of December 27th quoted the Premier reflecting on recent budgets: “We had lived on, in some ways, false hope and false optimism. And people were told all these wonderful things, but their future wasn’t secured.”

Then the Premier added: “I am hopeful about 2017 and 2018… because we’ve put in place measures now to make sure that is secure.”

The Premier continued: “… one of the enduring criticisms of the budget was that it was… full of tough choices and painful cuts…”

Of course, all of this chatter is a gross misrepresentation of the single budget of his administration. Ball’s Minister of Finance imposed the gas tax, the income tax levy, and the ill-advised decision to cut a raft of public libraries to save an amount close to what he paid E&Y, a consulting group, to review the decision.

The “tough choices and painful cuts” the Premier refers to were avoided — including public service bloat. In addition, the budget update contained a forecast drop in the deficit from $1.83B to $1.58B — but even that reduction was due entirely to higher revenues, not to spending cuts. 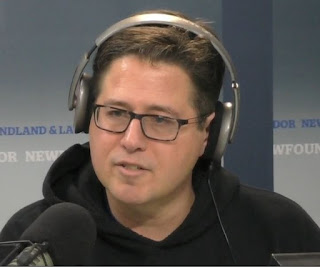 In a CBC Morning Show interview with Anthony Germain on January 5th, Ball admitted that, so far, his steps to tackle the deficit constituted "drops in the bucket" — a bald admission, to be sure, and one giving his own claims to “measures now in place" the status of 'poppycock'.

The CBC Host reminded Ball that his administration “has pledged to reduce the deficit and return to a surplus by the year 2022-23”. To do that, Germain suggested Ball would have to cut $275 million annually. The Premier directed Germain to the “negotiations” getting underway with the public sector unions. But, again, Ball seemed unaware that is no guarantee of anything — especially given that, in the absence of layoffs, wage reductions will be a necessary precondition to a balanced budget, and that is something the unions will not endorse.

The Premier did say, quite rightly, that: "It's really a spending problem, not a revenue problem." But describing the problem is not the same as having it in hand.

Ball was blissfully oblivious that "drops in the bucket" — at $275 million per year, akin to death by a thousand cuts for the economy — is an approach that will result in a far larger debt. It will increase interest costs by $100 million (or more), making the cuts needed closer to $375 million annually. A more knowledgeable Premier might have invoked the problem of taking half-measures as proof of the necessity for immediate action in any budget-balancing strategy. Instead, he gives the fiscal crisis the same urgency as snow-clearing.

But it was on the Muskrat Falls project that Germain drew the most blood.

Ball stumbled through Anthony’s questions about why he did not cancel the project and declare it “sunk cost” — allowing incoherent rhetoric to substitute for a reply to the legitimate, and necessary, economic question. Then the interview started to get interesting.

Ball ventured to suggest that he was against the Muskrat Falls project in 2012. In his notoriously disarming manner, Germain nailed him for that untruthful assertion.

Germain had done his research and began quoting Ball his own lines from 2012 confirming his support for the project. Ball quickly retreated - acknowledging that the Liberals merely had a lot of "questions" about the project and that ultimately they didn’t want the project put “on the backs of the ratepayers”.

Ball didn't say who he thought was going to pay for the project. Would a mining company pay fifty cents a kWh and help pay for a new transmission line to Labrador West, too?

Indeed, as the 2041 Group discovered, it was difficult to get Ball and his Liberal Caucus to ask the government questions on Muskrat in the House of Assembly. When they did, they were often poorly phrased. Most of the questions given them by 2041 members were simply not understood by them. And the idea of a real cross-examination of the Government — questions with follow-through content — was an impossibility. The Opposition had no stomach for it and, to be frank, little talent for the effort, too.

Germain kept up his Muskrat offensive.

The CBC Host asked Ball about the impact of a doubling of the cost when Muskrat power comes on-stream. He told the Premier “you can’t sell that”. Ball agreed, but then proceeded with comments that were incorrect and misleading.

Said Ball: “… what we have to do is spend the next 2 to 3 years… to put in mitigating efforts… but keep in mind Muskrat will be less than 400-500 MWs of power in a system that will be blended with Bay d’Espoir, Cat Arm, Hinds Lake, and others available to us. We have to extrapolate to the extent possible the cheap power… let’s keep in mind… people are looking for green energy to support the foundation blocks of power you would use to back up wind energy — we want to tap those options as well…” 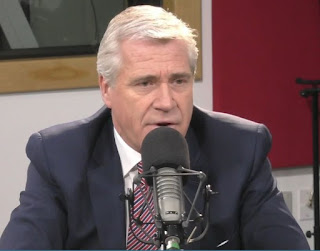 Germain must have been apoplectic at this point, but chose not to be responsible for his listeners losing their breakfast.

The Premier — the guy whom the public depended on in Opposition and whom they trust now — doesn’t seem to understand the basis of why David Vardy and others argue Muskrat should have been stopped a long time ago, that it is a fraud upon an unsuspecting public. For instance:

Ball did not mention the loss of the Upper Churchill Renewal case in the Quebec Superior Court. Neither did he acknowledge that the decision effectively nullified the Water Management Agreement.


We will have to pay Hydro Quebec for this right — which will ultimately reflect even lower-than-forecast revenues from Muskrat Falls — and higher costs to Island consumers. Indeed, the consequence of no agreement with Hydro Quebec is far more serious — and has been dealt with in earlier posts.

In short, the Telegram and CBC Morning Show interviews are illustrative of a Premier increasingly aware of our fiscal problems — but still far from able to articulate how the financial security of the province will be attained.

As to Muskrat, Ball appears to be on a learning curve not dissimilar to the one with which Premier Dunderdale marshalled project sanction. There is a lot of similarity between those two Premiers.

Despite the well-heralded implications of the Muskrat Falls project — some are already calling for a federal bail-out — we are served by a person who, since 2012, has failed to learn the fundamentals of a project that, along with his dither on the deficit, will send this province into a state of penury.