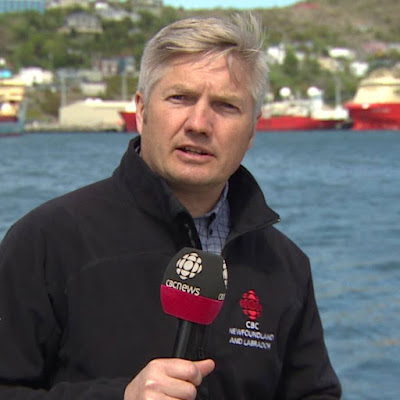 There is another obstacle overlapping the unwarranted euphoria suffered by Stan Marshall. Any hope of “savings” will likely be buried by the impending decision of Nova Scotia’s UARB. That Board will decide whether Nova Scotians will pick up any of the costs ($162 million in 2018 and $164 million in 2019) arising from the delay in supplying the Nova Scotia Block (167 MW of “free” power).

A Hearing, originally scheduled for April 10, 2017 will now proceed in June (see Who Will Pay Nova Scotia For Unused Maritime Link?).
So, rather than savings from the import of the Maritimes’ power, Nalcor can be expected to pick up at least half of those costs, and possibly more, depending on how Emera pursues “time is of the essence” clauses in the contracts.


Two other items are worth noting.
Terry Roberts reported Nalcor stating that importing electricity from the Maritimes would happen only if “… it can be purchased cheaper than power generated at Holyrood, which burns roughly 18,000 barrels of oil a day at peak production.” (Emphasis added)
It may be true that “at peak production” Holyrood burns “18,000 barrels of oil a day”. But the figure is also misleading. Nalcor used that number relentlessly to make the “greens” go giddy, many of them forgetting that the cost of further Greenhouse Gas (GHG) reductions, in a place "green" by any international standard, ought to have been weighed against the human cost of people freezing in the dark.

An uninformed media tends to run with those statistics unfiltered. But blogger Maurice Adams has never endeared himself to Nalcor's propaganda.
Adams writes the Vision 2041 Blog. He has tracked a good many of Nalcor's statistics over the years and is fond of reminding people that “Holyrood is needed to operate at capacity for less than 1 week per year — 1.6% of the time.” He adds that “over the last 10 years Holyrood [provided] on average only about 13% of the island’s [power] needs…”


And if you think that the origins of Nalcor’s demand projections should not be investigated (Nalcor admits pre-sanction demand will now not be reached until 2036) — along with such matters as the project estimates — Adams will remind you that:


The report of an anonymous engineer about falsification of project estimates didn’t exactly instigate a riot in our “Tahrir Square”, so why would anyone care that Nalcor gilds the lily every chance it gets with a reporter?


But it is still worth bearing in mind that the critters at Nalcor, without the oversight which Premier Ball promised, will say whatever justifies the current circumstance.


Indeed, what member of the public didn’t note Nalcor VP Jim Keating’s retreat, last week, after two Associate Professors in Memorial’s Engineering Faculty called out Nalcor’s dismissiveness about the role it may have played in the flooding of Mud Lake?
Smugness doesn’t wear well even on the practiced.


But back to the CBC article.
There is one sentence in the item that ought to have had the reporter — and the public — looking for a source not of GHG reduction but of oxygen.


It was uttered by ‘Stan the Man’. The story read: “Marshall said in March that Nalcor earns about two cents per kilowatt hour on the spot market, while power generation at Holyrood costs roughly 12 cents” (emphasis added).
OK, take a deep breath… And another one… Ratchet the oxygen up to 100% if you need to. You might feel better but, of course, it won’t last.


Two cents per kWh! And the figure got totally obscured.
Two cents is the price Nalcor is getting, now, from Hydro Quebec, which markets the unused portion of the 300 MW of Recall power from the Upper Churchill. It is roughly what surplus Muskrat Falls power will be worth, too.


Remember when Danny Williams and Kathy Dunderdale spoke in not-so-dulcet tones about all the extra money Nalcor was going to make in the New England Spot Market?
Former Premier Tom Marshall hyperventilated on the Open Line Shows, so giddy was he over the hundreds of millions the province would be make off Muskrat.


The media didn’t do the math then — or since.
All the “naysayers” had to do was to Google “ISO New England” (the electricity website of the New England States) but the truth became noise swallowed by “good news” — even if it was untruthful.


The CBC article omits not just the teensy-weensy period — if any — of savings, it talks about Holyrood power costing 12 cents per kWh. That’s the cheap stuff.
What’s 2 cents against the 55 cents per kWh for Muskrat power (Nalcor’s figure)… north of that number as cost overruns continue to rise.


Even on a “blended” basis — mixed with the price of hydro on the island – the power will cost 21.4 cents per kWh (higher as the cost of Muskrat exceeds $11.4 billion).
Two cents per kWh! The real story in the article was forgotten!


Anyone still for Gull Island?
Gil Bennett is. You, too, Paul Davis?


As for reporter Terry Roberts, it’s great to see that CBC is finally getting onto the Muskrat Falls fiasco. But, as much as everyone likes a good news story, this is not fertile ground.
All the sadder is that whatever Nalcor says can’t be believed.


Six years of half-truths — and lots of lies and falsification — just haven’t left any room for the CBC, or any other media, to omit or even be loose with the facts.
____________________________________________________________________
Editor's Note: Most people don't believe the cost per kWh of Muskrat Falls power, likely because Nalcor has always blended the figure with current rates — which represent mostly hydro power generated at Bay d'Espoir, Cat Arm, and other sites on the Island — for which the capital cost has been paid. 55.49 cents per kWh is the unblended rate needed to repay the June 2016 estimate of $11.4 billion and provide Nalcor a return on equity required under the terms of the Federal Loan Guarantee. Since that figure was released, the price tag on Muskrat has again jumped by $300 million as a result of a $700-800 million overrun on the Astaldi contract. 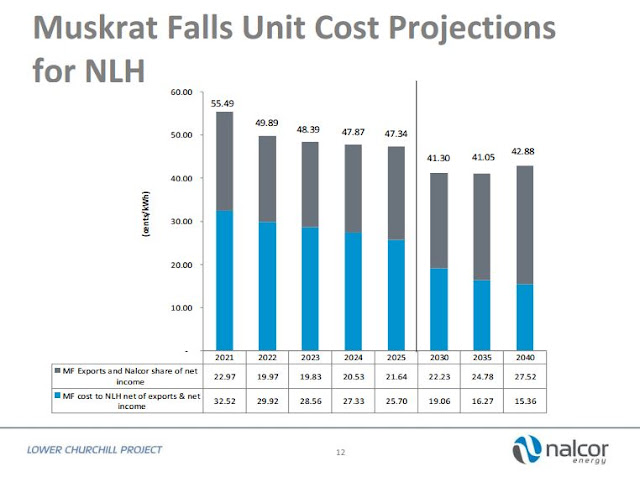