Work on the spillway concrete was completed in November last year. This work included the placement of the gate primary spillway gate anchors within the concrete, to protrude through the formwork. The primary anchors are then used for installation of the secondary anchors required to align the spillway gate guides to within a few thou (a thou is equal to 0.0254 millimetre) by Andritz. The late completion of the concrete work required changes in the gate installation schedule, forcing Andritz to work during cold winter weather instead of in the summer, resulting in extra cost for heating the work site. 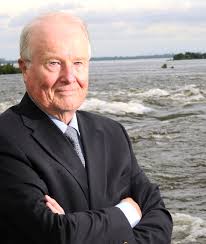 The other allegation is contained in this statement: “it determined that Astaldi's civil works remained incomplete and, in certain cases, defective, contributing to further disruption and delay." The “defective” work is most likely due to misalignment of the primary anchors, requiring corrective measures by Andritz. This indicates a lack of quality control. The defective anchors should have been corrected before Andritz arrived on site.

The lawsuit also indicates a lack of understanding by NALCOR management on how to work with contractors. NALCOR issued a “Notice of Default” and threatened to call in a $20.5M letter of credit Andritz had provided when awarded the contract. This just poured gasoline on the fire (dispute) instead of trying to work with Andritz to resolve the issues. All contractor claims, and there will be many, should be resolved on site within a week of the claim being submitted, otherwise they eventually escalate into an expensive lawsuit.

The other far more serious incident was the collapse of a concrete form during a concrete pour in the lower part of the powerhouse. Again, as reported by the CBC on May 30, “Concrete was being poured to construct the lower draft tube, essentially a large pipe that will return water to the Churchill River”.

Concrete forms do not collapse. During my 64 year career in the hydro industry, I have never encountered such an incident. Their collapse is so serious, that formwork design is rigorously verified, since a collapse will endanger worker safety, and if a worker is drowned in the heavy wet concrete, retrieval is impossible. NALCOR was very fortunate that no lives were lost, and only seven workers were injured.

The draft tube is located below the hydraulic turbine and returns the water to the river through a right angled bend. The bend is an extremely complicated shape, changing from vertical and circular at the beginning below the turbine, to almost rectangular around the bend and almost horizontal to the exit at the river.

The photograph (above) places the author inside a large draft tube bend. Streaks are from water leaking out of the concrete form during repairs at the top of the draft tube.

The formwork for the bend used to be made out of wood, with a shipwright in charge of the carpenters – a time-consuming task. Current practice calls for the form to be fabricated off-site in steel, designed for permanent placement within the concrete, one form per unit. Alternatively, the form can be designed to be dis-assembled from the interior and re-used on the other turbines.

NALCOR states that “the piece of failed of equipment was manufactured in the United States, but assembled on site by the project's main contractor, Astaldi”. The failure could then be due to inadequate design, incorrect installation by Astaldi, or even a fault in the manufacture.

The question is: who was responsible for the work? It could be either Astaldi or the manufacturer. Nevertheless, the work has to be verified, and since the component is so critical to the progress and safety of the work, the design, manufacture and installation should have been verified by NALCOR engineers, again indicating a lack of quality control.
These incidents clearly indicate that the quality control measures currently used by NALCOR, need to be revised to place more control within the jurisdiction of the NALCOR design team.

Finally, it was announced that “Pike (Astaldi) said work in the draft tube area of the powerhouse has been suspended while an investigation is underway by the company, Nalcor Energy and Occupational Health and Safety officials”. (CTV News May 30.)

What is not mentioned is that the wet concrete from the formwork collapse should have been immediately removed before it had time to set. Now, the failure investigation will be compromised by the inability to verify that the formwork was manufactured correctly, since part of the formwork will be embedded in solid concrete, and can only be inspected after it has been carefully chipped out of the concrete – an almost impossible task. This indicates a complete lack of foresight by those involved.

Jim Gordon has authored or co-authored 90 papers and 44 articles on a large variety of subjects ranging from submergence at intakes to powerhouse concrete volume, cavitation in turbines, generator inertia and costing of hydropower projects. He has worked on 113 hydro projects, six of which received awards "for excellence in design" by the Association of Consulting Engineers of Canada. He was also awarded the Rickey Gold Medal (1989) by the American Society of Civil Engineers "for outstanding contributions to the advancement of hydroelectric engineering...". As an independent consultant, his work assignments have ranged from investigating turbine foundation micro-movements to acting on review boards for major Canadian utilities. He has also developed software for RETScreen and HydroHelp.
Posted by Des Sullivan at Thursday, June 16, 2016