It was a somewhat older, less feisty, more comfortably confident Brian Peckford who ascended the stage as guest speaker at the closing of NOIA’S 40thconference. But time had not altered his powers of communication or any of his enormous capacity to be singular with his audience, to entertain them and, concomitantly, to leave them feeling slightly less comfortable than when they first sat down.


As an ‘old’ staffer of Premier Peckford, in the 1970s and 80s (full disclosure), I had watched the performance many times, often jealously — the rapport quickly established, the bond of trust unmistakable, all given an articulation that found clarity only because it was as physical and emotional as it was verbal. Like him or hate him — many did both, and some at the same time — he was a master storyteller.

Peckford never ever talked about silly stuff. He was always a man on a mission. He loved the cut and thrust of politics, found assurance in his ability to read a public through the medium of what he described as his “bellybutton”, and revelled when he bettered the opposition Liberals, or got his message to the media an hour or two before the Feds — even if, most of the time, they held all the cards. 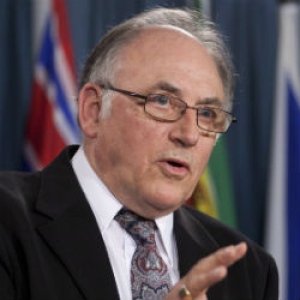 Only the unread regarded his political machinations as gamesmanship. The more astute would see them as levers, the mechanisms of shrewdness, the game — not the plan.  Underneath all the theatre there was policy.


At its essence, politics without purpose is only about winning and losing. Real politics exposes and circumscribes amateurs and wannabes. Ring-fenced by values and goals, it truly is the art of the possible.


As Peckford started in, I wondered how he would contain himself in the face of all the bad politics, much of it from his own Party — from Danny Williams to Paul Davis. Policy has become submerged to politics, losing its public purpose in the bargain… It has become something personal — what is still not clear, but certainly something more self-serving.


The Liberals under Dwight Ball, assessed in a Peckfordian context, must seem to him a bunch having stumbled in from another planet. They possess no ability to turn forward a dial that ought not to have been reversed. The Tories had engaged in mind-numbing recklessness, certainly deception — possibly chicanery — precipitating Ball’s ascension to the 8th Floor in the first place.


After all, who was Ball but an interloper, bereft of either passion or policy — a rogue element, cold and indifferent, an awkward man trying to graft himself onto a warmer, and fearful — if far too needy — body politic.


Ball vs. Peckford. There is no need for metaphor for what is obvious.


Peckford’s speech began about his roots in St. John’s, of all places. Who would ever have taken him, of all people, for a Townie? Of course, his father was a social worker whose career was spent in many places in the province, allowing Brian to claim no fixed address.


No one ever questioned his heritage or that, in every bone and sinew of his being, he was a Newfoundlander. No one questioned him, that is, except one former Premier who was quick to denigrate him and his public expression of concern over the Muskrat Falls project — it, ostensibly, having held less value because he no longer lives here.


It must have galled him that, only one day after his NOIA speech, Nalcor announced overruns of another billion dollars, raising project costs to $12.7 billion.


Little wonder that he noted that "the Government predicts it will receive $902,765,000 million in offshore oil royalties… and that the [amount] totals… more than all Federal Government cash transfers to the Province" — this year and likely for a very long time.


He was pilloried for Sprung — and deserved the criticism, however well-intentioned the project. But, if objectivity were allowed, unlike Muskrat, it was not covered up or lied about, it didn’t imperil the whole economy, and transparency was reported daily on the evening news. If only Muskrat had received the same attention! 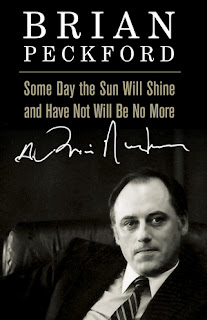 For him, more utility could be found in reminding those with poor memories and the two succeeding generations (all taking the Atlantic Accord for granted) that it was an achievement hard won, that it ought to be celebrated, and that its continued existence would require the diligence of the current and future governments.


No one — and I mean no one — understands better than Peckford the avarice of the centralizers in Ottawa and their desire to reassert a vision of Canada that he and Mulroney eschewed, one that did not favour the sparse and politically powerless periphery.


The justification for shared jurisdiction over NL’s offshore resources was explained a thousand times in the 80s and 90s; the moment at the St. John’s Convention Centre seemed a tear in the fabric of time. Strangely, the relevance of that earlier fight had not diminished one little bit.


A mixed brew that combined the grab for the fast buck, political partisanship, insecurity, and Newfoundlanders’ inexperience with advancing their interests in the still-new confederal arrangement, all conspired to create a culture of deference to an Ottawa-centric federal  government. NL had made a terrible mistake agreeing to Terms of Union that failed to recognize that most of NL’s huge maritime area, though having vastly enlarged Canada’s landmass and sovereignty, also held most of our resources. "Pecky", as Frank Moores called him, was having none of that.


The story of the retrieval of those rights — if only in part — recorded a leviathan struggle that exposed the worst aspects of power politics, inter-province rivalry and self-interest, just as it illuminated the power of strong political leadership to keep a small society, barely capable of differentiating larger issues from petty partisan politics, from losing the historic opportunity afforded by giant offshore oil discoveries. 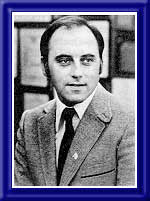 Some say that finding real leadership in politics is serendipitous. The history of Newfoundland and Labrador seems to affirm such a thesis. Well, serendipity had come home for a visit. And he carried a blunt message.


Put simply, the message was that we need to vigorously defend and preserve the Atlantic Accord, or risk seeing its erosion.


It is one thing for a weak Ball government to make a bad White Rose Extension deal even worse for political expediency. But imagine that the province had no mechanism to manage its still-fledging industry, to keep some local benefits here, or that approval of new field development was at the mercy, via Ottawa, of every interest group in the country — from the Greens in British Columbia to big business in Quebec, or to the petty particle strainers in Nova Scotia.


Peckford warns that a federal panel’s proposal to give the feds a mechanism to review large projects under a new environment assessment process could result in the fraying of the role of the CNLOP-B and, ultimately, the Atlantic Accord.


What he didn’t say — and didn’t need to — is that we have to watch out for weak governments, like the current Ball administration, whose slavish deference to partisanship — and to small federal hand-outs — will hasten the loss of what was won in 1985.


The public should take note that is easier to hold onto what was won than to rely on serendipity again.


Peckford’s brief appearance was a tonic for a province starved of serious debate. It was a kick in the pants for a society far too complacent about its very survival.


We need serendipity to return a lot more often.
Posted by Des Sullivan at Saturday, June 24, 2017