PAYING TWICE: CAN MUSKRAT GET ANY WORSE FOR RATEPAYERS?

Can Muskrat Falls get any worse for taxpayers and ratepayers? Yes it can get worse if we are forced to pay for it twice. That is the path on which we have embarked.
The fundamental problem is that, once Muskrat Falls is accepted as part of the energy landscape, people will attempt to avoid paying for it by purchasing heat pumps and making other investments to reduce consumption of electricity. This avoidance and substitution is why demand for Muskrat Falls power will decline over time, perhaps quickly. Without a domestic market, export markets become the only avenue to generate revenues.
In a normal world it is good for people to reduce demand for high cost power by seeking alternatives. It is good to conserve through more efficient heating technology. But in our upside down world it may be increasing the overall investment surrounding Muskrat Falls from $12.7 billion by perhaps another billion dollars.
Dr. Feehan proposes that the rate-making design should be based on opportunity cost, which is the price we can obtain when we export the energy. With the Maritime Link our system will no longer be an isolated system. We can import and export electricity and have contracted with Emera under the Energy Access Agreement to sell power to Nova Scotia at spot market rates. These rates were forecast in the July 22, 2013 Board Order of the Utilities and Review Board of Nova Scotia (UARB) at five cents per kWh. These represent our opportunity cost at the wholesale level.  Once Newfoundland Power’s distribution cost is added we have an opportunity cost rate at the retail level of around nine cents per kWh, instead of Nalcor’s rate projection of 22.9 cents. 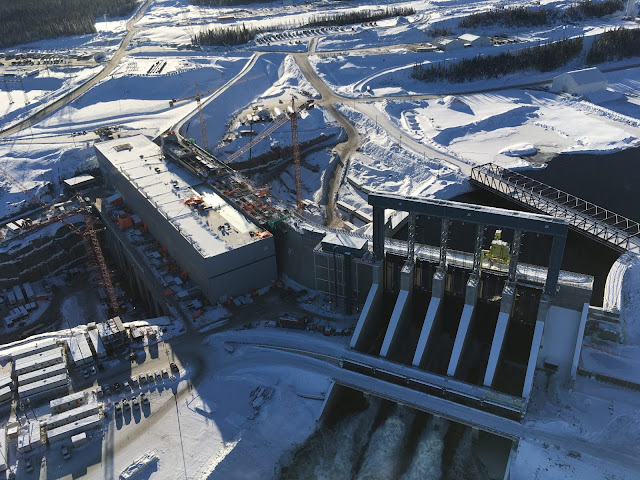 The lower rates would accomplish three goals. They would 1) encourage use of Muskrat Falls power; 2) generate more revenue, if demand is elastic and 3) they would be more affordable for low income customers.
If such a radical departure in rate design is taken rates should fall after interconnection and not double. These numbers need refinement but the intent of this post is to identify rate design options which will make sense and to avoid adding additional and unnecessary costs. My intent is to make the best of a bad investment decision, not to “make Muskrat Falls right”, which is not possible. It is not intended to rationalize or legitimize flawed public policy and irresponsible project management.
Without policy direction on rate-setting in a post-Muskrat world we will lurch from one crisis to another, as we attempt to impose a regime which was unworkable from the start. The Power Purchase Agreement was a flawed model. Its central premise was that people could be forced, through a 50 year take-or-pay contract, to utilize Muskrat Falls power. It simply ignores consumer choice. To continue on this course is to create needless instability.


The provincial budget released March 27, 2018 reports health care spending at $3 billion, with debt servicing rising quickly this year to rival education spending, each exceeding $1.4 billion. When Muskrat Falls comes on stream the annual cost of electricity, on the Island alone, will be $1.5 billion and rising. Why are we committing more money to electricity than we are to education? Is this not an egregious overinvestment?
Can we place a limit on the damage inflicted by Muskrat Falls or are we condemned to pay for it twice, by creating an incentive for people to invest in reducing demand for electricity, thereby compounding the overinvestment?
The current failed plan will result in insufficient revenues to recover costs and perhaps lead also to an actual drop in revenues, from the current level of $700 million, to serve customers on the Island. With costs of $1.5 billion to be recovered will this lead to large losses by Nalcor, losses which will have to be supported by government. In the process there will be a massive shift away from the use of electric power due to higher rates.
Rate design cannot be separated from decisions as to who will bear the cost of Muskrat Falls. If we leave the current flawed plan in place, without re-engineering, then it will collapse and create financial instability for our province. We cannot kick the can down the road, as our government likes to do. Government will inflict more pain and more cost if they do not take action. To be clear, rate redesign will not bridge the gap between annual system cost and revenue from rates. We simply lack the fiscal capacity to absorb these increased operating costs.
Where does all this lead? There must be cooperation with the federal government to achieve a realistic sharing of the costs of Muskrat Falls in an orderly pro-active basis. There must be a consultative process which allows citizens to participate in decision-making on who will bear the cost of Muskrat Falls power and what rate design will serve us best.
This can be added to the mandate of the Muskrat Falls Inquiry. If government gives it the priority it deserves they will amend the terms of reference for the Inquiry and request an early interim report dealing with two issues: the realistic allocation of costs among the parties and the design of an efficient system of electric power rates.
We face at least two perils. One is of overinvestment in energy by citizens and their governments. The second is the peril of bankruptcy which will likely devalue all assets, starting with Nalcor and its investment in Muskrat Falls, but extending to other assets in the province, both privately and publicly owned. For most households the family dwelling is the principal asset. Residential property will not be immune from the devastating impact of a bankruptcy situation.
Our province’s credit rating is a common property resource which affects us all intimately and personally, as well as governmentally. The response from Moody’s to our recent provincial budget makes it clear that credit rating agencies are fully cognizant of the risks that lie ahead and will respond negatively to a government that does not take pro-active measures in advance, before a full blown financial crisis is upon us.
Failure to act will ultimately lead both to further overinvestment in electricity and to a massive write-off of in the value of assets, both public and private assets. It will devalue the equity which our citizens have accumulated both in private family assets and in public infrastructure.
Do we have the courage to overcome fear, acceptance and silence, to deal with the pressing public policy crises which beset us on many sides and of which Muskrat Falls is surely the most pressing?
David Vardy
Posted by Des Sullivan at Monday, April 02, 2018