EDITOR'S NOTE: The following is a Guest Post written by the whistleblower, referred to as the "Anonymous Engineer", who originally disclosed falsification of the estimates for the Muskrat Falls project on January 30, 2017 — in a post entitled Muskrat Cost Estimates "A Complete Falsification", says Engineer, in a second post on February 6, 2017 called Muskrat: Allegations of Phony Cost Estimates, and to the CBC in early May. This piece is his direct appeal to the Premier and Minister Coady for a Forensic Audit of the Muskrat Falls project. — Des Sullivan


Premier’s and Minister Coady’s statements are false – June 23rd, 2017
The statements made by the Premier Dwight Ball and Minister Coady at the televised press conference on June 23rd, 2017 are false. The Premier stated that performing a Forensic Audit, now, will delay the project. He made an array of other false claims, evidently with an intent specifically to delay a Forensic Audit as long as possible. There is not a grain of truth in these claims.

These mis-statements likely stem from a lack of knowledge of how a Forensic Audit is done, who is impacted, and how major projects are implemented. One is forced to wonder if his primary objective is to delay and to discredit the Audit process.


It must be noted that the estimates on which the Muskrat Falls project was sanctioned were completely false. That sad but essential fact is widely acknowledged by the highest authorities in the province — namely Stan Marshall, CEO Nalcor, Minister Coady and the Premier Dwight Ball. Consequently, the question of whether estimates were falsified will pass into history.

However, whether the false estimates were a result of gross incompetence or deliberate deceit can be established only by a Forensic Audit. The statements first made by me in statements attributed to the “Anonymous Engineer”, in January 2017 and since, have proven to be absolutely true.


That proof leads us to a much more difficult question — a question that must be answered. Who is to be held accountable for such an enormous error and/or a deliberate act of deceit, having such catastrophic consequences for the province?


Thus far, all institutions of Government have fought the Forensic Audit tooth and nail, with their arguments not supported by facts; rather they are mired in false statements and words lacking intent to act.


The following are statements made by Premier Ball at the June 23rd press conference. I have parsed his remarks and believe they deserved rebuttal with the facts as I know them. My reply is highlighted in red.


·         “A Forensic Audit is a political tool and is of no use” —  A Forensic Audit is not a political tool at all. It is an integral component of competent project management, where the trail of authority and decision making has been incredibly unclear. No one knows who was responsible for what decisions were made and, worse, no one in authority seems to want to know. A Forensic Audit will make the public aware who knew what and when, and who is responsible for the decisions, and what the outcome of these decisions were.

·         “A Forensic Audit will not be telling us any more than what we already know” — This statement is nonsensical. What we know now is not nearly enough. An Audit will tell us what we need to know. We have heard endlessly the litany of excuses: “before my time, I don’t know what happened, I have no mandate to look at the past, I only look at the future. I don’t know how to do it.”  I suggest it is time to stop making excuses and get the Forensic Audit done.

·         “A Forensic Audit now will cause delays in construction” — This statement arises from not knowing what a Forensic Audit is all about. The construction staff now assigned to various work sites were not there when the estimates were developed and approved. Consequently they will not be consulted and there will be no work interruption. Only the decision makers who are still around will be consulted, such as Gilbert Bennett, Paul Harrington and Ed Martin. The Audit team typically works in a room reviewing historical documents, tracking down the sequence of events. They will consult very senior staff only on an as-needed basis. Questions such as why the SNC Lavalin Risk Report dated April 2013 was completely ignored will need to be answered. To say that an Audit team will interfere with construction is as ridiculous as saying that the existing EY team interfered with construction and caused delays!!!

·         “An Audit can be done after construction is completed” — This is as nonsensical as it gets. At the end of construction in 2020, there will not be anyone left to consult. As stated earlier, the present construction staff had no input to the decision-making process and will not be a part of the Audit.


·         Minister Coady said “We need to know what went on. I have questions, the public has questions” — How can the Minister be so committed to having the answers and yet be resolutely opposed to a Forensic Audit? This is a contradiction. Also the Minister says things to look and sound good, but she exhibits no commitment to action.

·         For weeks Minister Coady has said that the Auditor General (AG) is looking at Nalcor and will review Muskrat Falls. — This was most emphatically challenged by MHA Lane, who said the AG is not looking into Muskrat Falls at all. But during the press conference, not a word was said about the AG. The Minister has stated she is “not opposed” to an Audit. This is double speak. Either the Minister supports the Audit and orders it done or she opposes it, and says so.

The cost of this project increased from $7.4 billion to $12.7 billion, financing included, with guaranteed increases yet to come. The final cost could be in the range of $15 billion.


You, Premier Ball, need to know. Minister Coady needs to know. We, the public, need to know the truth.
The level of falsification on the Muskrat Falls project is very serious, so serious that it compelled me to warn the public through the Uncle Gnarley blog and, later, to CBC. I believe the problem is too large to be hidden by excuses anymore. The only way to know the full truth is to implement the Forensic Audit. 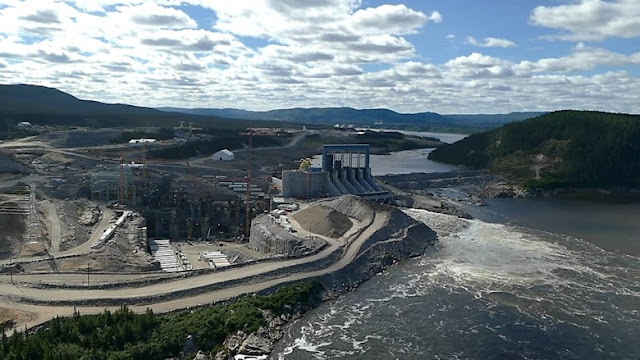