The poorly conceived August 31, 2017 EY Report on the Muskrat Falls project was essentially irrelevant, albeit with one major exception.


EY stated that “the Project [still] retains a high level of inherent risk”. The firm said that the risks included “a series of complex and significant activities” which will command a “high planned spend rate”.


Cited as examples were construction at the North and South Dams, continuing power plant installation, turbine and generator installation, HVDC commissioning, and the approaching winter.


Why should the issue of “high level of inherent risk” justify revisiting?

It has less to do with the unrepayable $12.9 billion project cost — which has irreparably imperilled the treasury — than it does the deceitful and reckless decisions by Nalcor senior officials and possibly senior politicians who suppressed public knowledge of those risks, ostensibly to make the project happen, whatever the price. As a result, a contrived business case constituted the political fuel that assured project sanction.


The solvency of the province is a major issue, to be sure, but don’t discount the importance of accountability.


When the general public figures out that they have been unwitting dupes and that public services will be sacrificed to pay for Muskrat power — though a worse outcome is inevitable — integrity, full disclosure and governance issues will boil to the surface. The public will think about the culture of deceit that got us into this mess. They will query appropriate penalties for malfeasance by public officials. They will want the chief culprits put in jail.


For that reason, as the devastating financial implications unfold, sooner or later Nalcor’s deceit will get public attention. Worth remembering is that at the heart of the narrative are those unaccounted-for and undisclosed “high level”, “inherent” risks.


Yes, these matters have been discussed before.


But it is worth tying together what we know, acknowledge who issued warnings of possible malfeasance in the project’s conception and birth, and consider why the government is, so far, out of step with the urgency of an investigation.


There is a risk that Nalcor’s management incompetence could be confused with evidence of falsification and malfeasance. Indeed, the October 29, 2015 EY Summary Report https://www.gov.nl.ca/mfoversight/pdf/EYCostScheduleReview.pdf


may have helped create that impression. It had found, at that time, several key cost management process and control risks and issues which included this sampler:


-        “Nalcor uses a relatively basic approach to its updating of forecasted contingency requirements which in our experience is not consistent with the expected practices for a project of this scale and complexity.”


-       “Fully quantified risks or trends have not been documented for certain significant challenges on the project. The scale of potential challenges is also not quantified in the summary reporting…”


However, in the 2016 EY Interim Report, the firm vastly elevated the scale of the problem. The risks to the cost and schedule had been seriously understated.


The Report also noted that the all-important Schedule had not been updated in three years.


EY was the first consultancy to confirm that the figures used by Nalcor to justify project sanction were “not reasonable”.


Following release of that Report, newly minted CEO Stan Marshall raised the price tag of the project from $6.2 billion to $10.1 billion plus financing, and raised it again — having reached a settlement over Astaldi’s billion dollar claim — bringing the total forecast cost, including financing, to $12.7 billion.


Marshall also added $75 million a year to the amount needed to operate the hydroelectric project, calling the prior 2012 estimates “significantly below industry standards.”


Added Marshall: “I don't know what the motivation was. I don't know what happened and who made the decisions. Unfortunately I have seen a lot of evidence… which suggests to me that intentionally or otherwise, the costs were significantly underestimated.”


The mere suggestion of the word “intentional” by the CEO, in reference to the low-balled estimates, easily conjures questions of fraud and malfeasance. The consequences, even if not fully understood by all, are massive. 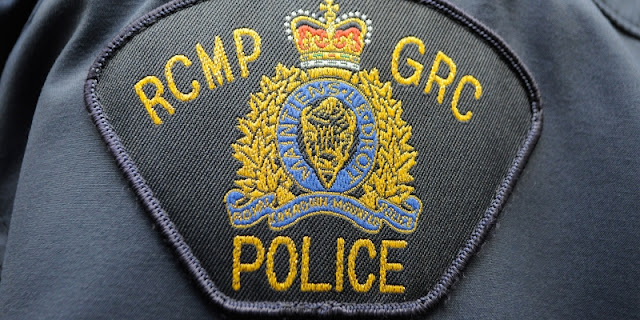 On its own merit, the allegation ought to have inspired the politicians to action and tweaked the ears of the RCMP fraud squad.


What is our next tie to the EY Interim Report’s and to Stan Marshall’s allegations?


On January 31 and February 6, 2017 the Nalcor whistleblower who worked on the project, euphemistically known as the Anonymous Engineer (AE), gave considerable additional context to what Stan Marshall was making pretty clear. Said the AE:


“I could not put up with falsifying information anymore.


“To begin with, the original cost of $6.2 billion on which the project was approved was a complete falsification. The estimate was deliberately kept low — below $7 billion, so as to appear favourable relative to the cost of thermal power generation.


“The likely costs were known about three years ago, but Nalcor Management kept it a secret, steadfastly denying that there were major schedule delays and cost overruns, until it was no longer possible to hide the true status with the election of a new Provincial Government.”


Indeed, following the AE’s disclosure I had expected to hear from the RCMP looking to contact the whistleblower. He was a witness to the deceit. And, hadn’t the AE called Nalcor’s public utterances about project costs “falsification of information on a massive scale”?


If the RCMP felt that the public disclosures by EY, Stan Marshall and the AE were inadequate to justify throwing off its inertia, SNC-Lavalin made it very easy for them to open a file on the Muskrat Falls project.


In June-2017 SNC-Lavalin produced a Risk Assessment Report that the company says was presented to Nalcor officials in 2013 which confirmed many of the reasons that project costs were climbing to unbearable levels.


The 2013 Report constituted no ordinary warning. And it was undertaken by no ordinary engineering firm.


SNC was integral in devising the financing strategies and engineering design for development of the Muskrat Falls project. It had been given the EPC contract until, for still obscure reasons, Nalcor decided to take much of that work in-house.


The 28-page Report detailed Nalcor’s incompetence in dramatic detail, chronicling a lack of technical and logistical readiness, as well as recklessness.


Described were risks that included a failure to do adequate geotechnical investigations at the North Spur and in the riverbed under the footprint of the dam and coffer dam. It said that Nalcor ignored the risks associated with the restricted pool of major contractors who would hold the project's budget and schedule hostage, and described the Crown Corporation’s gross underestimation of labour and other requirements. SNC identified 40 risks, 25 of which it considered Very High Risks. It said that the Very High Risks represent “90% of the total number of identified risks from the Lower Churchill project. This is unusual for a project in execution” (p.5).


SNC-Lavalin added: “Our concern is we foresee that the project will incur more than a 30% cost overrun if the project does not take action on the risk elements raised in the Risk Assessment Report. The actual project structure is contributing to this increasing risk factor. Client has limited experience in huge civil work and earth-filled dam work, power line and power station works.”


SNC had brought the hammer down on Nalcor. The company confirmed that deceit had occurred at the highest level. CEO Stan Marshall disclosed that senior Nalcor officials had been handed the Report, even if the senior Nalcor executive present held clenched fists.


The Report detailed what, by any standard, were project killers. SNC confirmed that the Muskrat Falls project — even prior to sanction — was DOA (dead on arrival).
Related:
Public should be afraid of possible corruption
EY Report confirms need for forensic audit says whistleblower


Strangely, when the public learned of the Report’s existence, the Premier was ready to diminish its importance, having contrived reasons (albeit with Stan Marshall’s help) to delay — or is it deter? — an investigation.


The latest EY Report is openly more deferential to Nalcor. But it still contains echoes of the unmistakable gasp with which it first uncovered the project’s complete lack of both engineering and economic underpinnings. In short, many of the same major risks it and SNC recited still threaten the reliability of even the current $12.7 billion project estimate.


States EY: “The Project, Nalcor Board and the Provincial Government should maintain a relentless focus on risk management given the Project’s high level of inherent risk.”


That the province has been placed in the position of overseeing not merely a boondoggle but a debacle of untold financial consequence is a certainty.


That’s bad enough. But the Ball Government wants to ignore the truth that those disclosures occurred. Worse, the Premier is facilitating a situation in which the culprits are unimpeded and shielded even from examination.


When a society has been irreparably harmed, when people’s lives — socially and financially — are turned upside down due to malfeasance, deceit and chicanery, is there any solace except whatever justice is derived from seeing the perpetrators investigated, exposed, and punished?


When the Government is part of the conspiracy, suppressing any accountability, what does it say about them?


Is this a group to whom the RCMP should be paying deference?


Shouldn’t those who shield possible criminality be investigated, too?


Inevitably, the RCMP will have to account for its own flat-footedness.
Posted by Des Sullivan at Monday, September 11, 2017