So is the Muskrat fat finally in the fire?
Premier Ball’s nostrils are definitely offended by the stink from Muskrat Falls but it’s Nalcor’s method of paying it’s top end workers that seems to be the immediate cause.


We’ll have an inquiry into Muskrat, he says, and it will even start before the site is deserted. We are working on the Terms of Reference, he says,
... and this employment contract mess will be included and, of course, we cannot delay the project.
Opps!


A curious turn of logic. Big problem – long finger.
Premier – you are on the mark with the need for a Public Inquiry but you need a road map to get there. 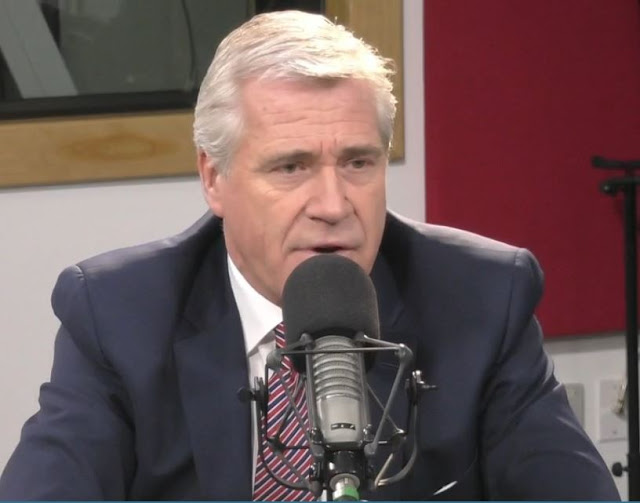 All these thousands of gold plated hourly rate personal labor arrangements (covering it is said some 4.6 million person hours at $100 to $250 and higher per hour) are something that will not be acceptable to many – the opportunity for abuse is exacerbated by Nalcor’s obviously dysfunctional management process.


Moreover, Nalcor’s use of thousands of individual paper contracts has, Nalcor says, created a nearly impenetrable thicket of paper – contracts in an easily retrievable digital format having been apparently beyond Nalcor’s world class technical capabilities.


Tackling this pile of paper out of the gate could develop into a very time consuming sidetrack – something better covered in Phase Two of any Inquiry perhaps.
Because when you are going hunting for tigers best not to be distracted by rabbit tracks – particularly when there are so many of them.
Inclusion of such matters would certainly bedevil the Terms of Reference drafting process –  “protection of individual privacy” legal arguments would see to that.
No, best to cut to the chase –
The first order of business of any Muskrat Inquiry must be to address whether the Muskrat Project has been warped by some sort of serious high level corruption or actionable civil deceit.
And who in a position of Trust and Power has knowingly participated in or deliberately turned a blind eye to that situation, if indeed that is what has been going on.


But why think that such could be the case?
After all, this is a horrible thought – that this small society could be home to such “world class” organized crime – with such devastating effect.


No, facing the mere possibility this may be true does not come easy.
But we simply have to look at it objectively.


For a start, I think everyone can accept that those billions of “excess” oil revenues, brought to Provincial coffers by temporarily sky high oil prices, had to be like the sweetest honey to people whose stock and trade is theft. So much money in so few newly rich hands.
And we did engage SNC Lavalin to play a central role in the Muskrat project at a time when they were definitely going through a “dirty” period.


Indeed, SNC Lavalin has over the last few years made much of all the measures that the new management team has taken to clean the company up from the bad old days.
Indeed, they were so bad that for a period SNC Lavalin was even disqualified from bidding on Canadian Federal Government contracts which given their political connections was really something.


Indeed, the two main lads that Nalcor management were dealing with (SNC Lavalin CEO Pierre Duhaime and SNC Lavalin VP Riadh ben Aissa) were the very lads fingered as the main corporate culprits and are still in various states of incarceration.
Their escapades are of direct interest to us. Sure Aissa for a time was working out of Mount Pearl.


According to La Presse, Quebec’s foremost French language newspaper, as just one of their corrupt ventures, SNC Lavalin set up a $56 million bribery fund for two unnamed projects. They then laundered that cash around the banking world a few times and used $22.5 million to bribe their way into a $1.3 billion McGill University hospital construction contract in Montreal.
For a rather breathless account of the adventures of Duhaime and Aissa in Montreal and Libya see this Globe & Mail article.


These lads were definitely “players” and still had $30 million or so in the Bribe Fund to grease up Project B which has never been identified.
The possibility that some or all of that $30 million was used on Muskrat Falls should be covered off in paragraph 1 of the Terms of Reference.


Because unless the Terms of Reference state very specifically that SNC Lavalin’s activities are covered, any time an intervenor or Inquiry lawyer goes near that question, SNC Lavalin’s lawyers will be objecting and appealing like crazy.
And make no mistake a Judicial or Public Inquiry will be like that -- long, detailed, tedium punctuated with evidence invoking sheer public outrage - and crawling with lawyers.


But, of course, without more evidence than a feeling in the pit of one’s stomach that something may well be very rotten in the State of Denmark, politically a Ball Government is not likely to focus on SNC Lavalin in the Terms of Reference based on the notion that dirty in Montreal could mean dirty in St. John’s – as reasonable as that may sound to many.
SNC Lavalin is a major corporate pillar of Quebec with many friends in Ottawa – no - something more will be needed.


Which brings me to the Horse and the Cart and their well known proper order.
The Horse, in this case being a wide ranging, skillfully conducted Forensic Audit and the Cart being an equally vigorous Public Inquiry.


Because, is not the SNC issue and how it should be handled but one example out of many which demonstrate that it is impossible to properly draft Terms of Reference for a Muskrat Public Inquiry unless you have at least some idea of the range of problems you are dealing with?


And if this could be a case of massive fraud or massive civil deceit that situation will become quickly obvious to any Forensic Auditor worth their salt -- provided they have previous extensive, hands-on experience with fraud on major construction projects.


NOTE TO PREMIER:  Newfoundland has never been through anything like this before so you need to go outside the Province; best to call Madame Justice France Charbonneau of the Quebec Superior Court. As head of the recent Charbonneau Commission into corruption in the Quebec Construction Industry, she knows the “dirty” version of SNC Lavalin well (especially Duhaime and Aissa); she can, I am sure, recommend Forensic Auditors with the right background.


But the Premier should not let the trail grow cold because this will be hard enough anyway and even an interim report on the possibility of corruption would certainly be helpful to those drafting the Inquiry’s Terms of Reference.
In other words, a Forensic Audit first would help focus, not unduly delay, the results of a Public Inquiry.


Interestingly enough, addressing clearly the civil deceit possibility may also serve to provide guidance as to how we might negotiate or litigate our way out of this Muskrat mess at a lower cost.
Back on May 15, 2017 I posted a piece on civil deceit in relation to Muskrat on Uncle Gnarley.


My main point was that under Canadian law (as expressed by the Supreme Court of Canada in the 2014 case of Bruno Appliance and Furniture against Hryniak), contracts founded on civil (let alone criminal) deceit are not valid and cannot be enforced.
And that applies, in particular, to Nalcor’s dealings with Emera over in Halifax where their rate payers are up in arms that the delay in completing Muskrat is costing them money; it won’t be long before Emera will be asking Nalcor (us) to start compensating them (ie. another rate increase for us !).


At the risk of totally putting you to sleep, at this point I’d suggest you at least flip through my May Uncle Gnarley post entitled Of Deceit, Emera and Muskrat Madness.
Note that to properly base a case of civil (as opposed to criminal) deceit, evil intention need not be proven. So even if Emera was “only” reckless about their cosy arrangements with Nalcor that could be enough to ground a successful action in civil deceit.


This position rests on the fact that those projected big “stopping” costs are based on the assumption that we must pay in full the claims by contractors under the cancellation and penalty clauses in Nalcor’s many contracts plus perhaps even larger Emera damages.


However according to the Supreme Court of Canada all these cancellation clauses must meet the test of reasonableness by industry standards. Emera and any contractor who knew (or was reckless and should have known) that such penalties had been inflated for odious purposes would not have a legal leg to stand on.
In summarizing the law in this area, Judges and Lawyers often quote the Greek philosopher Sophocles who way back around 420 BC said – Things gained through unjust fraud are never secure.


The reader is forgiven at this point for wanting to turn away in disbelief – it all sounds too grim; too much to contemplate.
But if the Anonymous Engineer did in fact see people on the Muskrat project deliberately cooking the books to achieve Project Sanction (and his account has never been refuted by Nalcor or anybody else in spite of the most widespread dissemination via the Uncle Gnarley Blog), is it really implausible that someone would also play fast and loose with cancellation penalties to help make sure the Project was not stopped once started?


And to do that, we need to know in particular if we are dealing with “just” another (though hideously massive) Government “Boondoggle” -- or something altogether more sinister.

This all sounds too impossible to pull off, too traumatic, too earthshaking, just plain too much?
Then what do you think living with the costs of Muskrat is going to be like if we don’t pull off a Hail Mary pass ?


And by costs, I do not mean
“just” our increased light bills,


or “just” the population loss,
or “just” our weakness in the face of every two-bit hustler who will descend to pick us clean,


or “just” the predictable price that Ottawa will extract when we have to go to them cap in hand to stay afloat.
No, all that to be sure, but I am also talking about the cost of the loss of our very souls as a people.