Nalcor’s lack of quality control on the Muskrat Falls project failed to detect a faulty transmission cable, containing a "popped" wire, which was strung — with the defect — on a large section of the Labrador Island Link.

CBC reported the issue in June 2016. Flabbergasted by what he had read, James L. Gordon, the Canadian engineer who has written repeatedly on the Uncle Gnarley Blog, contacted renowned transmission line designer J.P. Schell, P. Eng. (Ret’d) and asked him to examine the issue. Mr. Schell wrote a piece entitled Design Engineer Baffled By Extent of Muskrat TL Flaw Reported by CBC for this Blog.
The transmission cable (170 km X 2 lines = 340 km of D.C. conductor wire) was spun at the factory, shipped, stored and erected before anyone at Nalcor noticed — testimony to a management ill-equipped for the roles they fill.


Engineer Schell wrote: "This massive failure of Quality Assurance can only enlarge an already serious problem of cost overruns on the Muskrat Falls project. Mistakes of such magnitude, and the reasons why they occurred, deserve proper airing. Those responsible must be held to account."

In typical Nalcor fashion, Nalcor remained silent as to how its management processes and/or its personnel had been so badly negligent.

In a similar vein, in May 2015 the Uncle Gnarley Blog published the first pictures (see: The Photos Nalcor Don't Want You To See) of the Muskrat Falls Integrated Cover System known as the “Dome”.

The estimated $120 million structure was supposed to advance construction during the Labrador winter. The “Dome” wasn't even finished when it was dismantled and sent off to the scrap yard.

Undoubtedly, as has been discussed many times on this Blog, the current project estimate of $12.7 billion can be attributed, in part, to deceit and low-balling — and possibly fraud, too.

But a significant part of that cost is also due to an incompetent project management team that has run the project from the very beginning — which CEO Stan Marshall retains.

The photographs above and below, taken by two keen Muskrat watchers in Goose Bay, show some of the scrapped faulty cable. 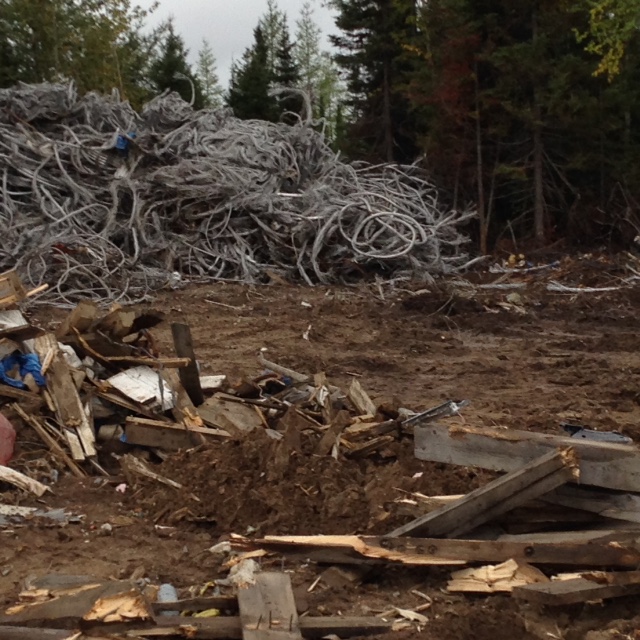 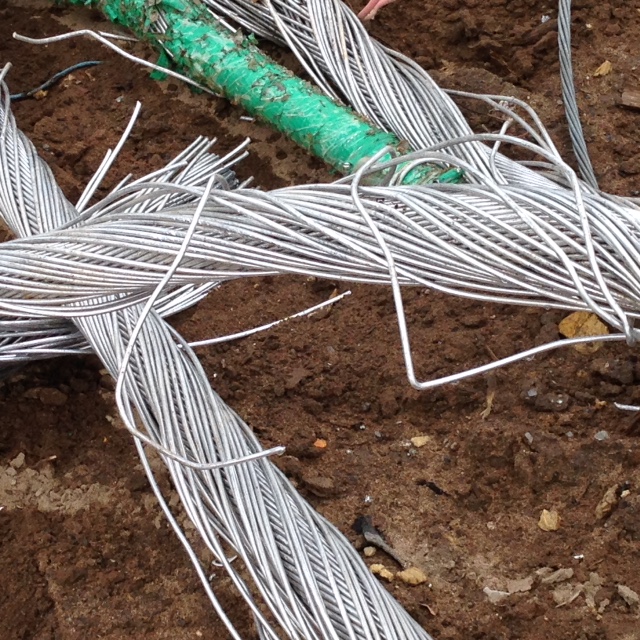 The photos are said to represent only a small percentage of the wire; 340 km of transmission line is one heck of a lot of metal. Replacement of the faulty wire will require more than one dump site.

Perhaps Stan Marshall or Gilbert Bennett will confirm the source of the dumped cable and voluntarily tells us how many tens of millions this one mistake has cost the people of the province. Was it even higher than the originally budgeted $120 million for the "Dome" — which some engineers say actually cost a lot more?

Stan should send out Gilbert to account, especially since the screw-up occurred on his watch.

Of course, the public shouldn't count on that.

But they should worry that the state of Quality Assurance/Control exhibited by the faulty cable is represented on many other components of the Muskrat Falls project.
Posted by Des Sullivan at Thursday, September 21, 2017