Déjà vu really stings when you finally see it.  Virtually everything communicated about Muskrat Falls pre-sanction by Nalcor – and the Government that manipulated Nalcor’s puppet strings – was a shameless string of Donald Trump style falsehoods.  We know the kind well now as soon as you hear it: some ridiculous statement from the huckster-in-chief is best understood when you simply turn his premise around 180 degrees.  Then you instantly recognize the truth as the exact opposite of what was said.  If only we were all so smart 10 or so years ago.

Most of us sitting at home now are aghast at our American neighbours, especially the large number remaining devoutly loyal to Trump.  It wouldn’t happen here, we’re too smart for that, some may think.  Or we may like to believe no person put in a position of trust would dare abuse the power of high office like that.  But wait, didn’t it happen here beginning about 2005 or so as Nalcor and Government repeatedly ramming Muskrat Madness down John Q Public’s throat? 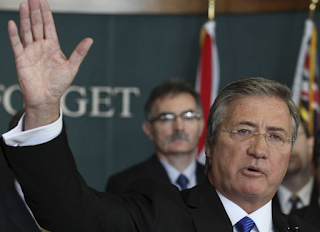 Nalcor said we need the power and soon.  They produced a big future load forecast with perpetual growth that to their calculations showed us running out of energy and demand capacity by the time they could get the project built in 2017 – there was no time to debate, we had to let them get on with it right away.  The reality is no growth has occurred as requirements have flatlined.  The current version of Nalcor slashed the forecasts but strangely left some long-term growth in it despite knowing there are deep concerns that the population is set to decline here by 10-15% in the next couple of decades.  The need for power was    fake news! 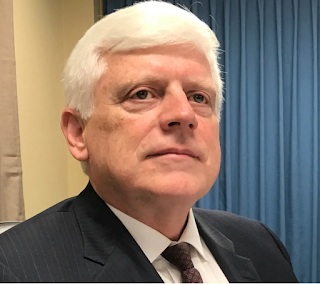 Nalcor said the only alternative to Muskrat was more oil-fired generators.  How could that be when most utilities in North America are getting great returns and low-cost energy from projects developed around the same time using natural gas, wind or solar.  A lot of utilities also have strong conservation driven policies and incentives to reduce energy and capacity growth as well but Nalcor just dismissed that saying local customers were not interested in economic opportunities to become more efficient. The truth is great alternatives were readily available but they were sacrificed for something more politically glorious.

Nalcor said oil prices would go through the roof and ratepayer couldn’t afford it.  They completely misread the cyclical market behaviour of oil.  Somehow, they were building an oil and gas division and apparently staffing it with dummies who did not understand the history of the industry and how these cycles happen.  Nalcor also completely misrepresented what shale gas development was doing to create softer electricity prices and oversupply.  Finally, if they had been proven right about sustained high oil prices, they failed to identify that oil exploration and production profits would hedge against any increased costs of using oil at Holyrood – the gains in the oil and gas sector would always be greater than the losses at Holyrood.

Nalcor said they themselves were the best experts they could find.  The extended DarkNL outage in January 2014 was the first major event to bust that wide open.  The Public Utilities Board brought in a real expert consultant who found widespread incompetence and failure to maintain the existing utility system to anywhere near adequate utility reliability standards.  Since then, about a billion dollars has been spent upgrading the system and it is those expenditures that account for the lion’s share of rate increase since then, certainly not demand growth or skyrocketing oil prices.

Nalcor said the Holyrood plant was too old and decrepit to rely on and the boilers were not flexible enough.  The reliability-driven fixes implemented in recent years have Holyrood working in peak form and consultant condition assessments indicate the plant is quite sustainable.  Ongoing studies before the PUB also recently indicated there are low-cost upgrades that can be done to dial down power output to further decrease fuel burn in the shoulder seasons.  Improved flexibility and reliability were always available but Nalcor chose scapegoating the plant and neglecting it as their preferred strategy.

The chief architects of Muskrat, like Trump, stayed true to their own cause right to the bitter end.  Even before a Commission of Inquiry, they defended the indefensible despite the facts being against them.

It should have been inconceivable that highly placed executive leaders could take the Holyrood plant and its very high 15 c/KWh energy cost and not replace it with a strategy that would cost a lot less as other utilities were doing.  They completely buried the single-most effective solution to diminish the Holyrood problem: stop selling power for less than the cost of production!  Had they simply changed the rate structure, demand for peak winter electricity caused by electric heating would have substantially decreased and the Holyrood plant would be gradually put out of a job.  But where is the egotistical glory in such a boring simple solution?

Through their callous abuse of the facts, the egoists forced a needless immense project into development whose net energy cost to ratepayers will be many times that of Holyrood.  It is a complete nightmare caused not by bad luck but by extreme incompetence, arrogance, spite and recklessness.  Their misguided endeavour resulting in a bill that cannot be paid is certain to financially ruin this province and harm its people for many decades to come.

Trump’s legacy of malfeasance will surely be in a class of its own but as to his methods, yeah, we know his kind all to pieces.