CARLA FOOTE AFFAIR: DOES OPPOSITION HAVE METTLE TO FACE DOWN DISHONESTY?

Dwight Ball's effort to dump the Carla Foote appointment on Chris Mitchelmore is akin to leaving the house in the charge of a kid whom you wouldn't trust near a hot stove.

Ball is not credible on the issue. Anyone who knows anything about government in Newfoundland also knows that the kind of cronyism represented by Foote's appointment minimally requires the boss' approval. The attribution by then Rooms' CEO Dean Brinton to the Departmental Deputy and Mitchelmore, to the effect that the Premier "had offered Carla Foote the position", is simply an acknowledgement of the chain of command.

The notion, anyway, that a Minister can arbitrarily move an associate secretary out of the Cabinet Secretariat, for which the Premier is responsible, is absurd. If anything else need be said that Ball is not telling the truth, just remember that the appointment had his support from the beginning. If it ever occurred to him that the appointment constituted a flagrant abuse of the Rooms' independence and of its hiring procedures, he had no intention of acting to reverse it. 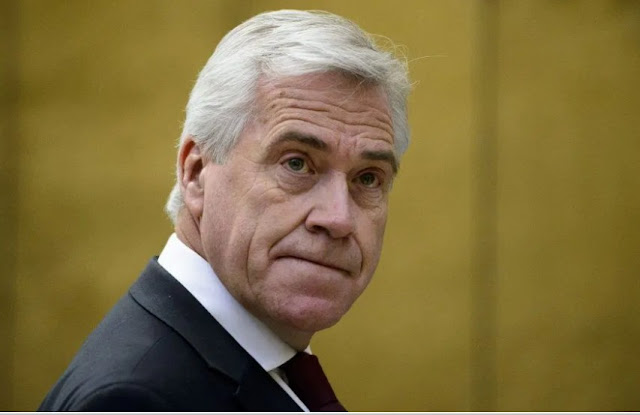 Secondly, the Rooms has a governance problem which starts with its Board of ten appointees.

They have a duty to ensure that the institution's practices and procedures, including with respect to hiring, conform to best practices which would disallow political interference and ensure that all those who applied for the communications position - or any other - are assessed on the basis of merit rather than on their fealty to the Liberal Party.

In this case, the Board had additional reasons to interfere in the appointment of Foote. She did not have the qualifications which the Rooms posted for other applicants. Her salary exceeded by nearly $50,000 the amount allocated to the position. The Rooms is an institution constantly short of adequate funding and relies, in part, on public donations. Did not even one Board Member consider any of those issues or understand that it was their duty to protest and, if necessary, resign?

Had they learned nothing from the debacle that characterized the hiring of "an agency of record", in 2018, described in an Uncle Gnarley post entitled "The Rooms says don't apply if you are a critic of the government"?

That is unfortunate in a Province where governance within any of our institutions is found to be abysmally absent.  Who doesn't remember the Tory Government's refusal to install oversight of the Muskrat Falls Project and, when it did, chose a "fake" process. At the Rooms, with the exception of one government representative, the Board of Directors are ostensibly independent. Why should the public not, now, think them partisan hacks?

Of course, the problem of the Rooms' hapless Board is a separate issue from the behaviour of a decidedly hapless Premier. This is time when honest and decisive leadership, embodying norms and values that we associate with decency and ordinary good government, is incredibly elusive. Yet, the Premier sends the public a message that the merit principle is defunct and that citizens lacking minimum credentials, but are properly politically connected, qualify for his standard of public administration!

In the meantime, the public service continues to be downgraded. Strong public servants are replaced with, in the words of one wit, "obsequious, invertebrate functionaries."

The Opposition must strongly repudiate such terrible ethical standards which are debasing both the principles and the practices of public administration. They should not let Premier Ball use the diversionary tactic of conducting an independent review on transfers of public servants and executive compensation. This is silly and unnecessary anyway. The Opposition should keep the pressure on for a reversal of the Carla Foote appointment and for some honesty from the Premier.

This is an opportunity for them to show leadership and to demonstrate mettle that has been absent from Opposition Parties for a long time. The risk of triggering another General Election is not an excuse for holding back when the very integrity of government has been challenged says none other than an Officer of the House of Assembly, the Citizen's Representative.

On display in the House of Assembly is corruption at the highest level and of a Premier unfamiliar with the truth.

The Opposition should not think that the Carla Foote affair can be exorcised by a reprimand or a mere mea culpa. They must face down the Premier's blatant dishonesty . While Ball deserves to be banished as Premier, minimally this debate must end with a "confidence' vote in him and his Administration.

What about Mitchelmore, who "grossly mismanaged" his obligations with respect to the Code of Conduct according to the Citizens' Representative? Well, the kid whom you would't let close to a hot stove doesn't know that he should have already resigned.