Uncle Gnarley is a fine fellow.

I was supposed to do a piece on one of my favorite issues – why an law suit against Emera for “Civil Deceit” regarding their role in the Muskrat fiasco would make a whole lot of sense and just might get us off the hook for billions.

I’ve written on this on Uncle Gnarley before but was going to take things a step further by broaching the idea of getting a Civil Deceit “Class Action” case going – every rate payer in the Province would be eligible to participate - and surely there must be some sharp young lawyer (or lawyers) out there willing to tackle such a case.

But like I say – Uncle Gnarley is a fine fellow, so when a couple days ago there was “breaking news” re our offshore gas resources in the international oil & gas press, I simply had to go back to him and plead the case for a change in topic. He agreed.

The publication that sparked this change of plans is “Upstream” – their publication’s name indicates they specialize in the oil industry’s exploration and development sectors; it comes out of Norway in print and digital formats; they have a big presence in London and correspondents around the world.

Class act and well respected for carrying the straight goods.

The article that got me going only came out a couple days ago and is by  Iain Esau, a long time, London-based offshore oil correspondent .

His corporate title says he is covering Europe and Africa but he has long been a keen observer of the Newfoundland offshore scene. Recently he continued that coverage by pieces in Upstream on the Bay du Nord project, as well as on Equinor’s Capahayden and Cambriol exploratory wells.

He knows our problems and potential well. Particularly because our offshore is really part of (and completes in) the North Atlantic Basin which happens to include the North Sea.

We use the same or at least similar offshore equipment and have been working back and forth offshore one way or another for 50 years. Sure our crude is sold at Brent (North Sea) prices, not that for West Texas Intermediate (WTI).

So when I saw the title of his most recent piece, I just had to bring it to your attention - verbatim. 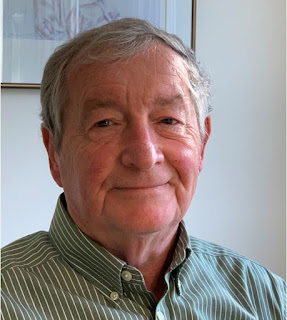 His title kind of says it all:

Now this is an “Opinion” piece – it’s free advice by an experienced, respected member of the international oil reporting fraternity, someone who spends his time gathering info, dissecting corporate plans and monitoring project progress.

Here it is – as I said verbatim.

The decision by Canada’s government to give C$320 million (US$239 million) to Newfoundland & Labrador was welcomed by local authorities, fearful of the economic impacts of Covid-19, the energy transition and low oil prices.

Since the cod fisheries collapsed some 40 years ago, the oil industry has become the linchpin of the provincial economy, accounting for 23% of its gross domestic product and supporting 23,500 jobs.

While Husky could ditch its project entirely or even walk away from Newfoundland, Equinor looks to be staying, with Bay du Nord’s economics improved by successful nearfield exploration drilling.

Ottawa’s funding will help offshore workers but will not revive West White Rose, where Husky wants the federal government to buy a stake. The cash-strapped province, meanwhile, is also helping its offshore sector via an exploration incentive unveiled by Premier Andrew Furey.

These initiatives from St John’s and Ottawa are laudable, but it is time for them to grasp climate change and look to an increasingly decarbonised future with the focus on gas.

Incentives must be enacted to stimulate development of the province’s 12.5 trillion cubic feet of gas resources and exploration for extra gas. This would reduce carbon dioxide emissions, generate power, produce blue hydrogen and could initiate liquefied natural gas production.

Premier Furey must establish a framework to help investors develop the province’s increasingly valuable gas resource that has lain neglected for 40 years. If not now, when?

(This is an Upstream opinion article.)

Remember now – this is what has been read all over the world by the most influential players in the offshore oil industry.

I hope our new Minister of Industry, Energy and Technology has seen it – and wonder, if he has, if he will give such advice his full consideration.

As the old people used to say “Read, Mark and Inwardly Digest”.