THE MUSKRAT FALLS HOUSE OF CARDS - POSTPONING THE DAY OF RECKONING

I, and some of my fellow naysayers, have been trying to understand the latest scheme for rate mitigation, announced just before the calling of the federal election.

There was very little information given out when it was announced but we have gotten our hands on the technical briefing given to the press at the announcement and a senior official has kindly agreed to meet with some of us on two occasions to discuss the plan, to answer some of our questions and to take other questions under advisement.

In addition, the agreement in principle on the financing components of the deal together with an exchange of letters on the Hibernia revenues between the Premier and the Deputy Prime Minister are on the website of Intergovernmental Affairs.

There is no agreement in principle on the Hibernia revenues and I was advised it will require an Act of Parliament to implement that part of the arrangement.

This is a complex proposal, and it is important to understand that it is only a proposal, not a final agreement. It is an election promise, nothing more, and it’s objective is to have a clean sweep for the Liberals in Newfoundland and Labrador as they attempt to get a majority government. Every seat is critical as the polls tighten in the first few weeks of the campaign. St. John’s East is the target as we can see from the visit to the riding last week by the Prime Minister. 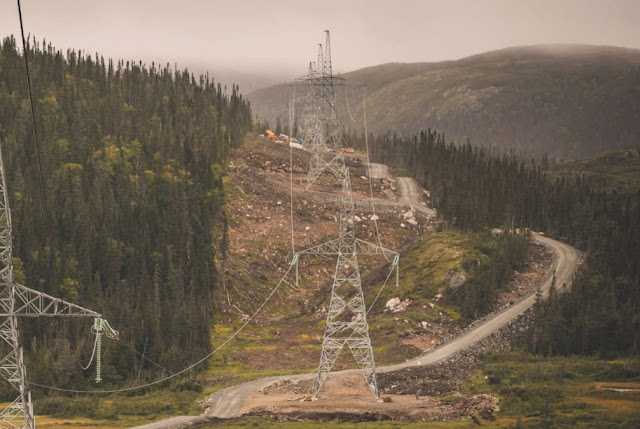 The reason is that it is very difficult politically for any federal government to assist us in resolving a problem which we created, albeit aided and abetted by a previous federal Conservative government through an ill-advised loan guarantee, subsequently increased by a federal Liberal government.

I, and a number of others, wrote the federal Minister of Finance at the time, the late Jim Flaherty, and asked him to insist that there be a full and unfettered review of the project by the PUB before the loan guarantee was finalized. We were ignored.

Anything that the federal government does for us will be watched closely by the other provinces. As we have seen, even this modest proposal has attracted adverse editorial comment from the Globe. The loan guarantee and its increase received strong criticism from the government of Quebec at the time.

The key weapon in our arsenal is the federal loan guarantee because if the ratepayers can’t pay the loans the federal government is on the hook. And we can’t afford to pay.

So we will see a series of short term fixes every few years in an attempt to forestall our inevitable  inability to pay the loans and the calling of the federal loan guarantees. The federal government will do all it can to prevent that from happening. The last thing they want is to have to take over the project but that is unavoidable.

The latest proposal is the first of many short term measures tied to federal and provincial election cycles and once we understand that, we can start to understand the enormity of the problem, compounded by our unsustainable fiscal situation, which will also likely remain unaddressed until the day of reckoning, when our debt rating collapses and our borrowings become junk bonds.

This isn’t the first time that a rate mitigation plan has been announced and this latest proposal won’t be the last.

The target rate was originally 13.5 cents per kilowatt hour. The latest target rate is 14.7 cents.

Keep in the back of your mind the figure of $66 million, which is what is required to reduce our rates by one cent.

The objective of this proposal is to reduce rates from 23.1 cents to 14.7 cents and purports to be worth $5.2 billion. As I will explain later on this isn’t accurate.

The way this was laid out through strategic leaks to the media in advance of the formal announcement has led many to think that the federal government is giving us a grant of $5.2 billion towards the project.

In fact the proposal consists partly of $2 billion dollars in federal financing, a $1 billion “investment” in the Labrador to Island transmission link and a federal loan guarantee of $1 billion for the Muskrat Falls and Labrador transmission assets. The “investment” is in the form of what are called preferred shares which must be paid back. It is a loan not an investment.

And the loan guarantee allows us to borrow another billion dollars so as to avoid paying our debts in the early years of the project. For those of us who have mortgages it’s like borrowing to meet our mortgage payments. We all know that can’t end well. In the case of Muskrat Falls we are just increasing the amount we have to pay back through our electricity bills in the future.

As to the profits from Hibernia, we first of all don’t even have an agreement in principle, just an exchange of letters. The amounts aren’t guaranteed as they depend on how well Hibernia does in its remaining years and, as I have pointed out, it requires an Act of Parliament to make it a reality.

And because the estimated $3.2 billion dollars will be paid out over many years I’m told by my economist friends that the present value of that amount is approximately $1.3 billion dollars.

It’s still a large amount of money and is estimated to provide almost three cents of relief in the first year, $191 million, should it become a reality. But that will reduce to $123 million a year to 2047, worth two cents annually thereafter.

Assuming for the moment that these measures achieve the new target rate of 14.7 cents, which others cast doubt on, we have to remember that this represents a very large 10% increase in electricity rates which will then increase by a minimum of 2.25% a year for the foreseeable future.

We’ve had very stable rates for the last decade, so this will come as a big shock to consumers.

Government and Nalcor believe in the boiling the frog allegory, which is the urban myth that if you put a frog in tepid water and slowly bring the water to boil the frog won’t jump out and will boil to death. The idea of Muskrat Falls from the beginning is that we will accept small increases every year and won’t abandon electricity.

Demand for electricity is stagnant at best at current rates, and will likely decline as consumers switch to other sources of heat such as heat pumps and increase conservation. (I’ve done both and have converted my wood fireplace to propane.) As usage declines, prices will have to increase even more to compensate. And one of our major industrial users, the Come by Chance oil refinery is facing a very uncertain future. Electricity consumption will be in a death spiral as homeowners abandon electric baseboard heating.

And those rates don’t account for the costs of taking measures to ensure reliability on the Avalon Peninsula such as a retrofit of Holyrood or the acquisition of gas turbines, costing upwards of $1 billion, and any increases sought by Hydro and Newfoundland Power for their normal capital costs and increased operational costs over the years.

If that doesn’t happen I suggest you follow my lead and get a standby generator!

The recent application to the PUB to set up various creative accounting measures to soften the blow, which in the words of the application with respect to some of the measures proposed, deviates from “international financial reporting standards”, is further cause for concern.

This adds to the already creative accounting for this project contrary to the normal public utility rules, shifting the costs of the project to future generations. Assuming that the starting rate will be 14.7 cents, by 2041 our rates will be a minimum of 20 cents, at the same time that power will available from the Upper Churchill at 2 cents per kilowatt hour, demonstrating once again what a folly the Muskrat Falls project has been. I’m hoping to be around when the Upper Churchill contract comes to an end to see what happens. A very spry 94 year old!

Moreover the proposal maintains the illusion that there will be a rate of return for the province’s $5 billion “investment” in the project, all of it borrowed, allowing the province to pretend that it  isn’t part of the net debt of the province.

This is all a financial house of cards which will eventually come crashing down, with terrible consequences for the province. The day of reckoning is coming, but just not yet..