A new whistleblower has contacted the Uncle Gnarley Blog — shedding new light on who is responsible for the severe flooding and evacuation of the community of Mud Lake in May.


The confidential source has leaked a copy of a letter sent by Bernard Pennecon LP, the contractor building the North and South Dams, to Nalcor’s subsidiary, Muskrat Falls Corporation. The document states that the event was due to Nalcor’s “failure to manage the downstream flows which resulted in the flooding of the Mud Lake Community.” (Bold added to all direct quotes from the Barnard Pennecon letter.)
The letter dated 23-May-2017 was given exclusively to the Uncle Gnarley Blog.


In January another whistleblower, the "Anonymous Engineer", gave the Uncle Gnarley Blog details of how the estimates for the Muskrat Falls project had been falsified in Nalcor's bid to get sanction, a process which continued until after the 2015 General Election. 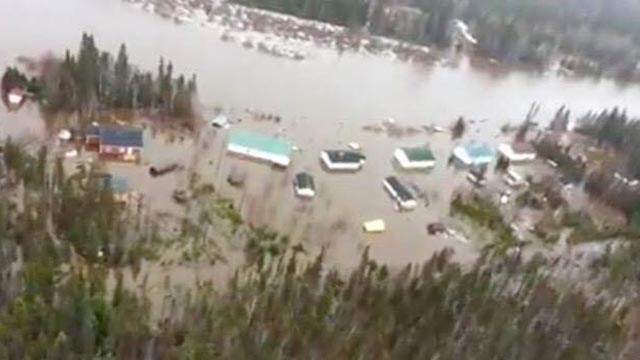 
When, on May 20th, the Labrador Land Protectors stopped the buses bringing workers to the night shift at the Muskrat Falls project for a few hours, they could not have known that their actions had generated the best proof yet that Nalcor is to blame for the flooding and subsequent evacuation of Mud Lake.


Their protest was not covered in the media, but one of the protestors confirmed to the Uncle Gnarley Blog that the gate blockade had taken place.


Nalcor was fast off the mark to deny culpability, though local residents possessed no memory of such flooding ever having occurred in the past.


"We are not doing anything to manipulate the flows of the river," said Deanne Fisher, Nalcor's general manager of corporate affairs. "Anything that is happening with the spring thaw, it's really just passing through the spillway."


On social media, the Labrador Land Protectors posted that a worker at the site claimed that he saw the release of water.


“Nalcor should not be insisting outright that its operations are not to blame for the flooding in Mud Lake, Labrador because the data isn't available to definitively rule it out,” the CBC quoted the two professors as saying.


“I think this really points to the need for a future study. I worry about the dismissiveness that we've heard [from Nalcor],” said Ken Snelgrove.


The CBC recorded Joel Finnis stating that the flood should be classified as either a “very extreme, one-off event” or something more ominous that is bound to repeat.


It seems that the Memorial professors and the Nalcor worker were on to something: that the flooding of Mud Lake might well have been, as Joel Finnis suggested, a “very extreme, one-off event” — quite possibly one that was within Nalcor’s control.
The pair caused Nalcor Vice-President Jim Keating on May 25th to quell Nalcor’s tone of “dismissiveness” over the suggestions that the company was responsible. Keating told CBC Radio's Labrador Morning, “I believe, initially, we responded honestly, but probably not in the best way.”


The two Memorial professors and the residents of Mud Lake weren’t the only ones, however, with an eye to Nalcor’s management of the flows on the Churchill River. 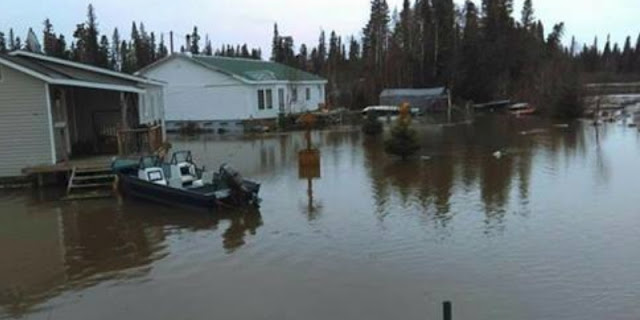 
The contractor building the two main dams for the Muskrat Falls project stayed quiet as the water rose around the houses of the small community having a population of around 50 residents.


Mud Lake is located a short distance by boat from Happy Valley in Lake Melville — directly downstream of Muskrat Falls.
The Labrador Land Protectors, suspecting Nalor culpability, picketed the gate to the Muskrat Falls site “for a few hours” on May 20th, according to a person who was present. Nalcor declared the gate blockade a Force Majeure.


Force Majeure is a standard legal tool, inserted in many contracts, which lets either party off the hook should an event occur that is beyond their ability to control. The conditions of Force Majeure were described under Article 28 of the estimated $300-400 million BPLP dam contract.


Blockade of the buses, however, caused a chain reaction invisible to all but Nalcor and Barnard Pennecon. It went like this: a) following the blockade, Nalcor’s subsidiary, Muskrat Falls Corporation, declared a Force Majeure; b) a claim for costs associated with the blockade was sent to Nalcor from the contractor anyway; c) Nalcor refused to pay; and d) the refusal caused Barnard Pennecon LP to train its executive guns on who it had determined was actually responsible. 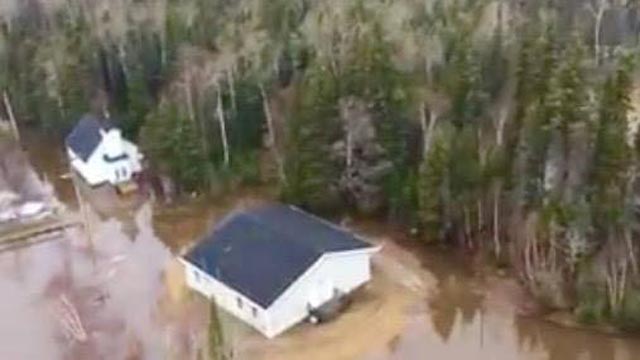 In a letter to Scott O’Brien, Nalcor Project Manager, the contractor’s displeasure was unmistakable. The contractor stated that the blockade occurred in consequence of the flooding which, in turn, was “the result of the Company’s fault or negligence.”


BPLP told Nalcor that the event was their responsibility because the blockade occurred due to the flooding of Mud Lake which, in turn, was a consequence of its “failure to manage the downstream flows which resulted in the flooding of the Mud Lake Community.”
The letter was issued under the signature of a senior official of Barnard Pennecon LP (BPLP) and dated May 23, 2017. The correspondence references Contract # CH0009-001 — Construction of the North and South Dams.


There is little doubt that the declaration of a Force Majeure triggered BPLP’s ire. The company felt that Nalcor was ultimately responsible for the protest having formed, which caused their employees to be late for work. BPLP wanted to be paid the cost.


In BPLP’s view, Nalcor had no business declaring a Force Majeure to begin with. 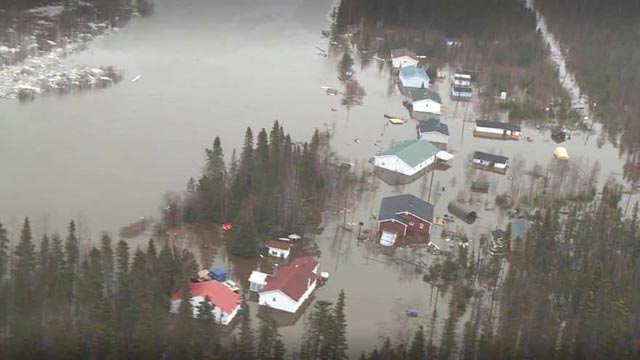 
That Barnard Pennecon’s senior man was bristling over what the official regarded as Nalcor’s untenable position was obvious. And he had only just begun to build a head of steam.


“The blockade was formed as the protestors believed that the Company’s recent release of water or failure to properly manage the downstream flows resulted in flooding of the Mud Lake community. Section 28.2 only allows the Company to claim a Force Majeure event if such event is ‘beyond the control or without the fault or negligence [the Company], and which by the exercise of reasonable diligence [the Company] is unable to provide against it’.”


In short, Bernard Pennecon was saying that the test of Force Majeure, as defined in the contract, required that the event was “beyond the control or without the fault” of Nalcor which “the exercise of reasonable diligence” was unable to counteract.


Barnard Pennecon believed that Nalcor had not met that test; hence, the crown corporation had no basis for having made the Force Majeure declaration.


The next paragraph is one that Mud Lake residents will especially want to parse, particularly the lawyers contemplating a class action lawsuit for flood damages and costs associated with the residents’ mass evacuation. This is where Barnard Pennecon LP got down to business explaining to Nalcor a position which the crown corporation has, so far, vehemently denied.


Final Comment
These are unambiguous and serious allegations. They contain an array of implications — including questions of integrity (yet again!) that place Nalcor’s already shredded reputation in an even worse state.

As the North and South dam contractor, Barnard Pennecon LP — more than any other — understood the importance of, and had a vested interest in, monitoring the water levels on the river. The company would have assiduously monitored the flows, the environmental conditions affecting the natural spring thaw, ice jams and, of course, the influence of the huge concrete structures that, for the very first time, acted to alter those natural water flows.


There would have been direct communication between the two entities at all times. Nothing would have escaped Barnard Pennecon LP’s notice given the water’s direct threat to the contractor’s work. Likely that is why the company seemed so unequivocal about their rebuke of Nalcor Energy’s attempt to deflect the cost of their own negligence onto the contractor.


Notwithstanding their public quiescence, in any class action lawsuit against Nalcor it seems that the people of Mud Lake have just found the strongest, most knowledgeable, and like-minded ally in the form of Barnard Pennecon LP.
Posted by Des Sullivan at Monday, July 10, 2017