MUSKRAT WILL DESTROY UTILITY SYSTEM IN 2020

PlanetNL1: Like a Hurricane - Muskrat To Destroy Utility System in 2020

This guest blog series is offered to demonstrate the true value of Muskrat Falls (aka Lower Churchill Project) and to expose the risks and burdens imposed by it on Newfoundland ratepayers and taxpayers.  The view will be predominantly forward looking, relying on best available project and market information to deliver plain economic analysis that can be appreciated by a wide range of people.  There will be little ranting as the dire economic concerns will speak for themselves.


First up is a deeper exploration of consumer billing rates than Nalcor and Government have been providing.  The Nalcor rate projection has consistently gone up as the Muskrat project has advanced with cost overruns, yet it seems they have not given all the facts.  They already have a prediction of more than doubling rates after the project is commissioned in 2020 but PlanetNL projects that rates will actually shoot much higher. 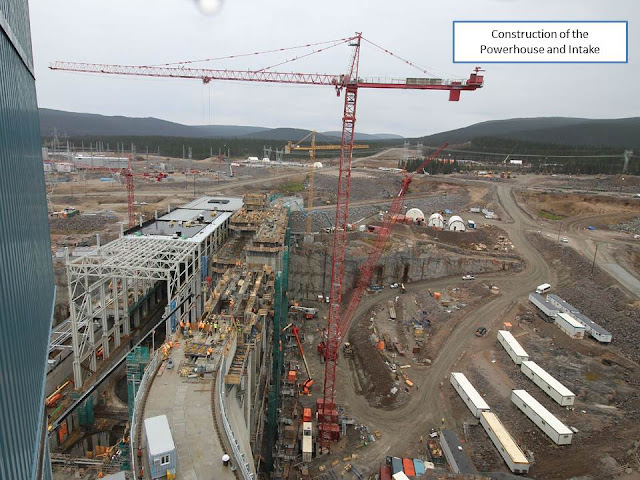 
The billing rate on the island of Newfoundland depends on two basic things: revenue and sales.
First is the required revenue needed to keep NL Hydro and Newfoundland Power running.  NL Hydro generates over 90% of the energy production and they provide all the high voltage transmission while NL Power does over 90% of the retail distribution.  In recent years these two entities combined, have typically needed about $700M annual combined revenue to service the island market.  The same island market which is solely responsible to pay for Muskrat Falls and will bear the entire costs and debts demanded by Muskrat come 2020.


The second key detail is the NL Hydro energy sold into the main island market.  This is the energy base that sets the rate both before and after Muskrat Falls.  This figure has been riding along near 7000GWh (1GWh = 1000MWh = 1,000,000KWh) in recent years.
To get the billing rate, simply divide total revenue by energy sold. In recent years, this was typically $700M/7000GWh = 10c/kwh (before HST).  The Newfoundland island rates have been stable around this level and typically right about average within Canada or slightly lower than average.


About 80% of NL Hydro’s 7000GWh supply is hydropower with the Bay D’Espoir system contributing almost two-thirds of the energy.  About 3% of energy comes from two small wind turbine projects in Fermeuse and St. Lawrence.  The Holyrood thermal plant makes up a significant 20% of energy but it comes with a substantial annual fuel cost of about $150M.
About 60% of the total island energy consumption is in the domestic residential category, just over 30% is commercial, and under 10% is industrial usage.  Each market segment gets its own rate structure but for simplicity the discussion here will be centered on domestic retail rates.  Commercial rates work out close to the same as domestic and the rate increase should be comparable.  The small industrial sector is a different matter: they pay about half the domestic rate and would be adversely impacted by large price increases.  Assuming industrial rate impact is likely to be minimal, the rest of the customer base will see their subsidization of industrial power increase substantially. 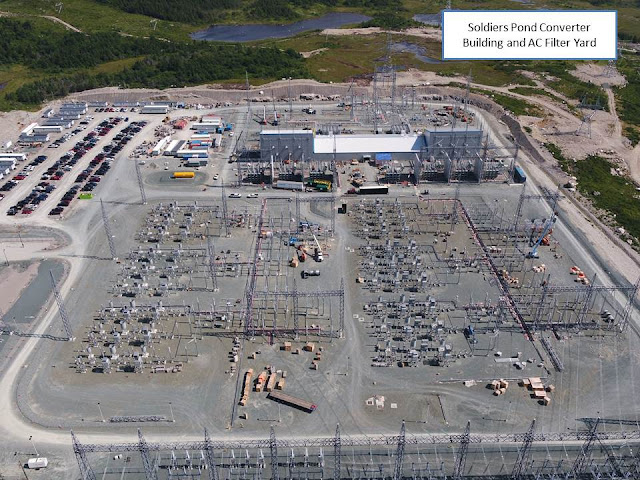 Consumers Will Decrease Energy Requirements
Nalcor’s June 23, 2017 Muskrat Falls project update indicated the domestic retail rate will be over 23 c/kWh (before HST), approximately a 140% increase over the 2016/2017 rate of 9.7 c/kWh.  Despite the massive rate hike, they forecast energy sales to hold quite steady to the 7000GWh annual level with a brief 4% reduction centered on the year the rate hike is introduced and returning upward a year or so later followed by endless years of steady demand growth.


Virtually any energy authority that isn’t trying to push a costly project onto its customers would anticipate a much greater drop in demand than 4% when a permanent 140% rate increase occurs.  An excellent source, and there are many others with similar findings, is the US Energy Information Administration (an agency of the U.S. Department of Energy): a comprehensive 2014 EIA study asserts that when electricity rates double, long-run demand will drop by 40%.
Applied to Nalcor’s suggested 140% price increase, the EIA energy sales reduction factor would be 140% x 0.4 = 56%. It’s simple and widely accepted economic logic that when price increases substantially on any commodity, consumers soon buy less of it and look for substitutes so they can save money.
While detailed analysis will be saved for a future post, this analysis will conservatively use a modest 30% drop in energy sales from 7000GWh to 5000GWh.  Lower levels than this pose greatly increased hardships on consumers.
The 2020 Rate Hike
Subject to a more than doubling of electricity rates, consumers are guaranteed to change their habits and find ways to use less power in general.  Large numbers will seek out more efficient heating alternatives than the simple resistance heaters that are in 70% of Newfoundland households and probably a higher percentage of commercial buildings.  The 30% energy sales drop can be easily found and it is a massive reduction to the bottom part of the rate formula.


Meanwhile the formula’s top half, revenue requirement, is about to balloon.  Nalcor has not released a 2017 revision of Muskrat future annual costs but the assumed contractual payments with latest overruns will exceed $800M annually in the early years (climbing steadily beyond that).  Partially offsetting the big increase is the elimination of $150M in Holyrood fuel savings.  Total revenue requirement is therefore raised to $1350M.
To get the new billing rate, divide $1350M revenue by the predicted 5000GWh energy sold: this computes to a 2020 rate requirement of 27 c/kwh.


Next, allow that industrial users get largely exempted from the rate increase, pushing domestic and commercial rates up to about 30 c/kWh.
But wait, there’s more.  As a double-check on future revenue requirement, multiply Nalcor’s 23.3 c/kWh projection by the near 7000 GWh sales forecast: their implied revenue requirement is about $1550M.  It appears they have an extra $200M costs buried in there.  Is it possible that the rate increases of 2017, and more forecasted for 2018 and 2019 represent permanent additions to the cost base and not just short-term project driven costs which was their supposed justification for these near-term increases?


If the permanent cost base is rising by $200M, then rates are directly impacted by another 4 c/kWh.  As every cost increase motivates consumers to use a bit less, the future bill rate is easily in the neighbourhood of 35 c/kWh.  That would be a rate triple the Canadian average and double or more the next most expensive provinces. 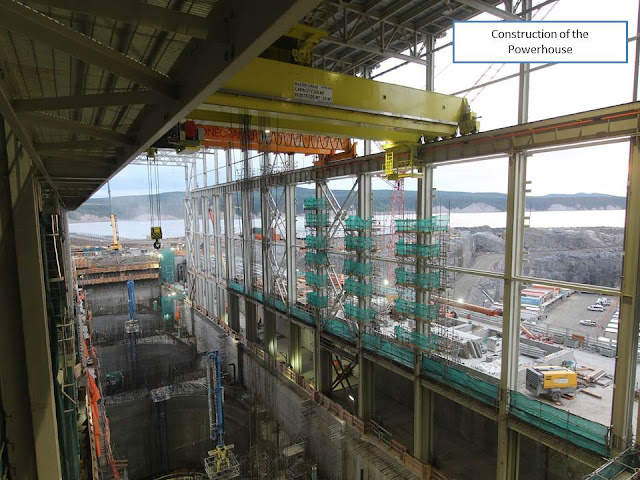 What Happens During An Affordability Crisis
Many consumers already struggle with rates around 10 c/kWh.  They scrape by and make tough spending decisions while some depend on formal assistance programs or informal assistance from family and friends to make ends meet.
At 15 c/kWh, it’s easy to foresee that a number of homes would likely close as seniors and other low-income people decide to live elsewhere in multi-family homes to reduce their cost of living.  Likewise some businesses will have to downsize or close as their costs rise – these actions cause job loss and subsequent socio-economic pressure.


As the rate surpasses 20, or 25 or even the stratospheric 30 -35c/kWh suggested above, swaths of additional customers simply can’t go on paying their bills: large numbers of ratepayers become casualties and heavy damage mounts.
Compounding this distressing scenario, NL Hydro will find itself in the position of trying to collect revenues no matter what.  When a group of consumers don’t pay, utility revenue shrinks and the remaining paying consumers will be targeted with additional rate hikes.  The Public Utilities Board, solely committed to the reliable operation of the utility, would have to approve the increases.  Theoretically, rates would spiral further upward as the customer base diminishes with every increase.


The cashflow will never materialize as more consumers flee, don’t pay, or get disconnected. NL Hydro will never get close to collecting its required revenue.  Theoretically, at some critical price point on that upward path, no more revenue can be raised and rate increases actually decrease revenue.  Beyond the tipping point, the stability of the market gives out and things collapse, including big things like utility companies.
When consumers fail to deliver the cash, Hydro and Nalcor (including all the subsidiaries that make up the different lines of business within the Lower Churchill Project) will find themselves in financial default to their lenders and equity holders.  Staying the course guarantees that the Newfoundland utility system is headed straight to a catastrophic bankruptcy in 2020 or 2021 latest with maximum socio-economic harm to all ratepayers.

Next Post
In late July, Premier Ball spoke of a maximum 17 c/kWh rate and that rate mitigation measures must be found to make up the difference.  Is permanent government subsidy an acceptable solution?  PlanetNL runs the numbers and the outcome is an even bigger unnatural disaster.


PUB submissions - http://www.pub.nl.ca – a vast number of documents have been reviewed to prepare this series and a couple of them will be cited individually in the future.  For the full breakdown of how rates are set, feel free to review about 1000 pages of information in the latest General Rate Application – or accept my simplified version.
About PlanetNL:

Frustrated by the continuing lack of honest and credible information from Nalcor and Government, PlanetNL, having a suitable analytical background, is presenting independent research and calculations.  This is a spare time activity outside of regular professional commitments.  All key information used to develop the views and analysis are publicly available.  The analysis cannot avoid entering into public policy space: if Government or Nalcor wish to refute the analysis, they are welcome to present an open and honest rebuttal.
Posted by Des Sullivan at Monday, September 18, 2017