The Uncle Gnarley Blog stands by the source who provided information regarding the welding defects Nalcor has encountered on the Labrador-Island Transmission Link (LIL).


The existence of the defects has now been confirmed by a second source.
The blog post entitled Faulty Towers: Nalcor's Comedy (Of Errors),  published on Monday, reported that the problem is associated with the welds on a component part located at the base of each tower. 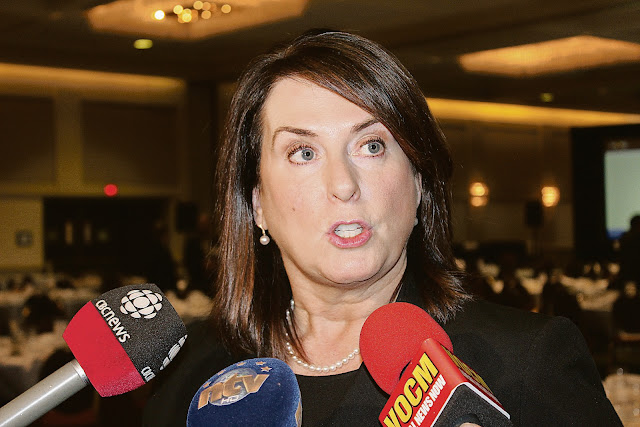 The post noted that the corrective welds would have to be galvanized to protect them from corrosion. However, the source confirmed that those welds are not galvanized and that the repair need not be galvanized — which corrects my own assertion on this issue.


Some of the welds (on tower stubs/shoes only) are given what is called a 'cold galv' during construction. This is - more or less - a spray paint with high zinc content, useless in my own experience, but evidently the welds are designed such that there is enough “sacrificial” steel in the embedment making the galv unnecessary. (It’s a small point, perhaps, but I intend to be thorough.)


The source added that field repairs to correct the defects are “potentially appropriate if executed properly”; the improperly executed work having been the root cause of the problem.


For further clarification, the parts where the welds have failed testing are located solely at the base where the tower attachment point connects to what is generally called the “topsides” and the “underground works”.


The second Uncle Gnarley Blog source provides additional description to the problem of the faulty towers.


The source states that “poor field welds on the underground works (i.e. piles) and to the topsides (caps, tower shoes, leg stubs) — (the) tower attachment point” were found by inspectors.


The sources have not differentiated the two transmission lines in detail but the problems are thought to extend to both the LIL and the LTA (which runs from Muskrat Falls to the Upper Churchill).


To date the inspections conducted have been of the “Non-Destructive Testing” (NDT) variety. Discussions as to the appropriate “fix” – what one of the sources calls “a path forward” - are still ongoing. Final decisions on just how many of the welds are totally unacceptable have not been made but it is expected that a high percentage of them will be found unacceptable.


That this problem is under ACTIVE review and examination by Nalcor officials and inspectors is, in part, what makes Nalcor’s press statement, released on Monday, incredulous.


The release stated that “there are no structural integrity or safety issues with any of the towers.” In the House of Assembly the Minister of Natural Resources reiterated - repetitively - Nalcor's claim. The Telegram quoted her saying: "that means there's no cost implications, no time or schedule implications, and no safety implications"


The sheer quantity and geographical spread of the defective welds, as well as the number of decisions still in the making – taken together – is what makes Nalcor’s (and the Minister's) claims laughable.


Nalcor has a long history of deception regarding the Muskrat Falls project. The Minister is warned that she may have been poorly briefed.


The Uncle Gnarley Blog’s second source confirms that the problem extends to roughly 330 locations on HVdc (direct current TL) and about 50 locations on the HVac (alternating current TL) - all having some amount of topside welding issues.


The source states that the inspection process on the towers is not an entirely recent activity and that it has been in progress since August, but that the size of the problem has become more apparent over the past couple of months. A recent VOCM story reported that 3,224 towers constitute the LIL.


The Uncle Gnarley Blog source states that verifying the welding and getting to the locations — especially where winter access only was constructed — is the biggest problem. The source suggests that the problem is spread over a “pretty big area.”
“Welding quality has been a big issue on the lines,” the source added.


Nalcor asserts that, during the handover and inspection process, “it is not uncommon for items to be identified for the contractor to correct.”


That might normally be the case; but on a number approaching roughly 400? When a time period of several months will be required for the repair?


Again, the Nalcor Press Release  states "there is no cost or schedule impact (of the items identified for repair) on the transmission project", in other words the repairs are all on the contractor’s dime. Duly noted; we will want to hold Nalcor to that undertaking.


That said, it is pure fantasy for Nalcor to suggest that such a large number of deficient tower foundations do not constitute “structural integrity or safety issues” or that “there is no cost or schedule impact on the transmission project,” as the Nalcor Release asserted. Its as if Nalcor management doesn't know what is going on in the field.


Nalcor long ago exhausted the public's patience and their trust as the project whistles at a $12.7 billion capital cost, 17 cent per kWh power to the ratepayer, coupled with “rate mitigation” costs exceeding $500 million annually.


Nalcor has shrouded the Muskrat Falls project in a litany of falsifications layered with a cloud of meaningless information dumps. Blogs like Uncle Gnarley have tried to cut through this wall of obfuscation. Luckily some ethical sources, refusing to be intimidated by Nalcor threats and muffling, have provided enormous help to the Blog in shining some light on this financial, management and policy debacle.


Nalcor simply cannot be believed, including on this issue on which two sources — not just one — have now confirmed the extent of the problems on the LIL/LTA.


In addition, it is clear that the Minister, Siobhan Coady, was misinformed by Nalcor and that she has shared that misinformation with the House of Assembly and the public. In parroting the 'Nalcor line', however, she has succeeded only in heightening the public's fears as to the issues of safety and Nalcor's ability to manage quality control on the project.
The Premier, too, might ask Nalcor why they hid the problem from the Muskrat Falls Oversight Committee, its Report to September 30, released just a few days ago, predictably affirming everything is fine on the MF project.


Still, Coady having accepted Nalcor’s version of the truth, must now do the only honourable thing: she must immediately release to the House of Assembly and to the public the “independent third-party inspection” reports to which Nalcor lays claim.


It is time that the public finally hears the truth from the Minister and Nalcor about those faulty towers.
Posted by Des Sullivan at Wednesday, November 08, 2017