DID JEROME KENNEDY BITE HIS TONGUE?

If the departure of Jerome Kennedy, from the Cabinet, had been marked with the silence that normally follows any Minister’s return to private life, who would want to invoke his name now?


Well, it seems Mr. Kennedy did not go silently; he seems to have ‘bitten his tongue’ as he left Confederation Building.  His name still resounds within the halls of high office.  As his vehicle left the parking lot, very senior people acknowledged, to each other, that he ought to have explained himself differently than he had.


That comment strikes at the heart of the question: why did Mr. Kennedy resign?


Whether certain disturbing issues weigh heavy on him, only he can answer.  If the information this scribe has received, is correct, which has been corroborated by three additional sources, Mr. Kennedy may wish to re-consider anything he may have omitted from his exchange with the media, justifying his departure.


What is the issue?


It seems that Mr. Kennedy’s resignation was occasioned, less by a desire to return to his law practice, than to deeply felt concerns over certain financial aspects of the Muskrat Falls Project, specifically involving Nalcor.  Just two years ago he sought election for a full term.
At the center of his resignation maybe the refusal by the Premier to accede to demands Kennedy made of her to protect the public interest, his officials and himself.


Here is the sequence of events as best as I have been able to ascertain, so far:

1.      Over the last number of months Kennedy had grown weary of Nalcor’s secrecy. He was frustrated that his own officials could not get sufficient information to confirm Nalcor’s numbers or perform their own analysis. His Department was expected to accept Nalcor’s information entirely on its face.

3.      Mr. Kennedy went to the Premier with two demands: firstly, that she order Nalcor to release the information referred to and, secondly, that his Department of Finance be permitted to assemble a “Muskrat Falls Oversight Committee”.


The Premier and Kennedy apparently had several “dust-ups” or serious confrontations over these issues, in the Confederation Building as well as in China, from where Mr. Kennedy was reported to have left the Delegation and returned to the Province, only a day or so after their arrival in that Country.


The Premier evidently steadfastly rejected both Mr. Kennedy’s demands and
following the final “dust-up” with the Premier, Kennedy informed her that he would tender his resignation from Cabinet.


Now Kennedy should have become concerned over the problem of obtaining information from Nalcor regarding the matter of cost overruns.  He should certainly have been alarmed that the increased costs, for which the Province would also be on the hook, might imperil the economic rationale on which Project Sanction is based.


Kennedy no doubt had his own private industry sources that would have conveyed the latest from the site itself – massive cost overruns are being incurred.


The 80% exposure on the Maritime Link alone would likely to see Nalcor cut Emera a cheque exceeding half a billion dollars.

On the North Spur, even if he didn't know the precise amount, he would have known a big bill was coming due for Nalcor's plan to try and fix the stability problems which plague that section of Muskrat Falls.


Nalcor’s myopic determination to award a billion dollar contract to the Italian Contractor, Astaldi, in spite of not having financing in place and the project’s many other major unsolved problems, must have been equally troubling.  An announcement on the contract occurred within a few days of Mr. Kennedy’s walk down the steps of Confederation Building.


The Italian contract should be exposed as the most irrational act of the Dunderdale Government.  It can only be explained as a “come hell or high water“ move, to put the project beyond recall.


These issues are all very serious and the consistency of the narrative, now flowing from Confederation Building is equally disconcerting.


By any standard, with so many billions of dollars at stake and the economic basis of the Muskrat Falls Project fundamentally flawed, the public interest would be best served if Nalcor’s assumptions, cost estimates and cost increases were required to undergo the test of independent scrutiny.


We might remember that while awarded contracts now represent very large expenditures, they constitute only the first indication of cost overruns.


The concerns ascribed to Kennedy underscore an even deeper problem.


That an Agency of the Government could send demands for money, to the Cabinet, without question or review by Finance Officials, (the very people who construct the annual Budget Estimates and manage the finances of the Province), constitutes a deficiency of management unparalleled in Canada.  It is unthinkable that Moody’s or another Bond Rating Agency has not taken notice.


Mr. Kennedy’s zeal to be one with the Premier and an enabler of Muskrat Falls is all a matter of public record.  He helped create a monster; one that cost him his political career. But, as one who has earned the esteem of his colleagues, both in Government and in the legal profession, he must have known that the evolution of a Project, as complex and economically shaky as Muskrat Falls in the hands of an Agency as secretive and arbitrary as Nalcor, would  inevitably cause new questions to be raised.


Given all that has been said, before normalcy embodies his return to private life, he may wish to re-think the message he described upon his departure.  For certain, the public needs to hear from him one more time. 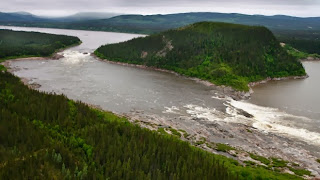 Let me state my final comments to Mr. Kennedy directly:


The senior officials who counted on you to protect them from failure by implication in a fiasco-in-the-making no doubt still want you to deal with matters they are unable to influence.


If you have information that suggests Nalcor is not acting prudently or with due regard for the public interest, if you believe that the financial well-being of the Government may be imperilled by Nalcor’s actions, or that our long awaited prosperity is being jeopardized by that Agency and the Muskrat Falls Project, please speak to us now!


We ask that you cast aside your partisanship and any allegiance you may feel to the Premier or to her predecessor.


While your critics and you have sparred over specific matters of public policy, we need to put these disagreements behind us. What is past is past. The question is: do you possess critical information which, with the help of the public, can change the future for the better?


We need to know, in your own words, any warnings that you placed in front of the Premier which she apparently rebuffed.


How will you be compensated for your courage and your wisdom?


Like all citizens who push back against those who are reckless with consequence, who set their wits against the unwise, who, at any price do battle against those who possess the capacity to cause irreparable harm, inadvertently or callously, you too, Sir, will receive our respect and gratitude.


Alternatively, Sir, you may give a repetition of the counsel you offered on September 30th.  Confirm for us, if you wish, that the matters I have raised are untrue or that my sources have exaggerated the dangers described and that all of us have nothing to worry about.