It is clear that we need our fair access to equalization. But what is fair, and what is our strategy for these negotiations?

First, I would recommend to the readers a recent “Primer” produced by the Fraser Institute on equalization. Contrary to widely held public opinion, the amount of equalization received by each province does not depend on the budgetary shortfalls, nor the costs of services in the province. Rather the amount of equalization received depends upon how the fiscal capacity of each province compares with the national average. Fiscal capacity is determined by the revenue-generating capability of each province.

What is also interesting about the Fraser Institute article is that over the past 15 years there has been clear consolidation of equalization wealth in the direction of central Canada — specifically from Atlantic Canada, which is demonstrated in the following exhibit. 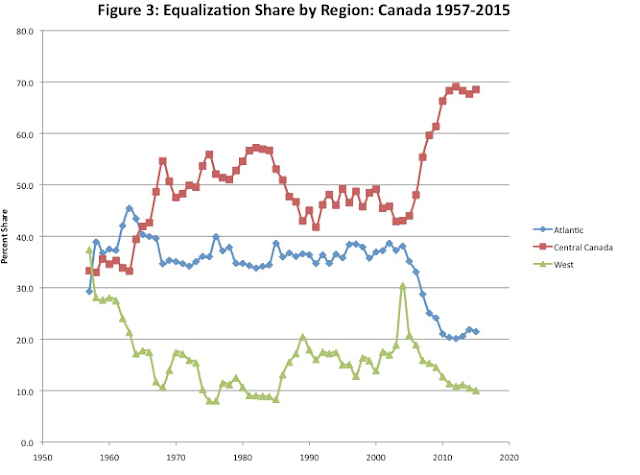 Since 2003 the share of equalization taken by Quebec and Ontario has increased from about 42% to almost 70% of the total equalization pie. The component to Atlantic Canada has fallen from 40% to 20% in the same period.

Despite the complex mathematical formulae used to calculate equalization to qualifying provinces, the goals of the program have never deviated since the program was first established in 1957.

If the intent of equalization is to ensure broad and equitable access to basic public services, why does the cost of service delivery not appear to be considered in the current equalization formulae?

It is time for equalization to formally recognize the disparity in the cost in delivery of services from province to province. As noted, Quebec and Ontario receive 70% of the equalization in the country. They also have respective population densities which exceed the national average. The scale economies such density affords clearly results in a lower cost of delivery on a per capita basis. A recent report on health costs in Canada provides proof. 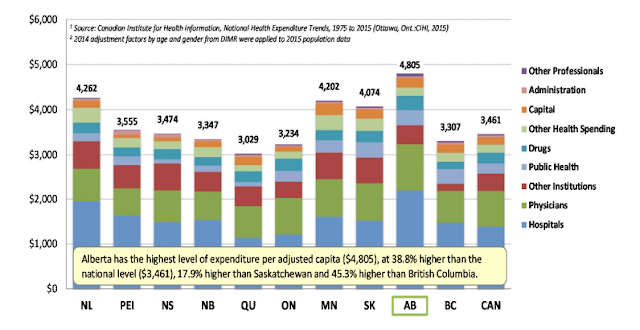 Quebec and Ontario, driven by their centralized, and larger, populations arguably have the best health care, at the lowest cost per capita. Other services, such as education, likely follow a similar trend.

So why would Ontario and Quebec not face an equalization penalty, taking into account their advantageous ability to deliver services at a relatively lower per capita cost?

I believe this a valid question.

In 1957, when the equalization program commenced, Canada was defined by Statistics Canada as 67% urban and 33% rural  Now well over 80% urban, Canada is a far less dispersed country than it was in the 50’s. It seems only sensible that its primary method of national wealth re-distribution is modified to reflect this new reality.

In short, it is time that the equalization program reflected the per capita cost of service delivery in its formulation.

Premier Dwight Ball will have many potential allies in his desire to reconfigure equalization, and to draw wealth from Ontario and Quebec back into the periphery of the country.

For Ball to succeed he will need a more substantive argument than “We need our fair share”. His argument needs to be fact based, substantive and accompanied by a clear communications plan.

Our financial issues are due not to an imposed disadvantage from Ottawa. Our budgetary crisis is self-inflicted. It is the result of our inability to keep our spending habits in check.
Despite that problem, Dwight Ball — representing a potential ‘have province’ — should be able to take a leadership role in recommending changes to the equalization program which reflect modern-day Canada.

It is time for equalization to reflect the original reason it was established — to ensure that all Canadians have access to comparable services, having been levied comparable levels of taxation.

It is time for equalization to consider population density, demographics and the per capita costs of service delivery when comparing the provinces.


Had Newfoundland and Labrador advocated for such sensible changes during the last two rounds of negotiations, we might have been in a better financial position today.
Posted by Des Sullivan at Wednesday, April 05, 2017