Netflix features an interesting PBS documentary called The Race Underground dealing with the technological, political and social challenges of building the first U.S. electric subway, in Boston, in the late 1800s.
The project had a lot of naysayers. Some were concerned about the destruction of the historic city (especially Boston Common, America’s oldest public park); others about the enormous financial risk described as “… a jump into the unknown.”  The superstitious and the religious feared that going underground meant getting close to “the netherworld”. Then there were the dangers of electricity.
A vote “by the narrowest of margins” brought the matter to a close and the subway was built. The people loved it. The subway cars were clean and clothes ceased being fouled by sooty coal-fired steam engines. Congestion in downtown Boston disappeared and allowed even more people to come in. The suburbs grew rapidly. Not lost on anyone was the presence of far fewer stinky, slow horses on the streets. For investors, the new system was more profitable than the old one.

Sometimes naysayers are wrong. Those who choose to take a hard position against an enterprise sold by proponents as necessary and profitable as well as economically, socially and environmentally progressive have a responsibility to consider the soundness of their disagreement.  Naysayers need to be sure that their position is grounded in good information and analysis, and consider if partisanship, political or financial self-interest, or some other untenable influence is driving them to come to a false or misleading conclusion.
Typically, naysayers don’t have a constituency large enough to outflank a Party in power unless they are funded by well-heeled vested interests. The challenge of influencing the political process is far greater when Opposition Parties are small or weak, or simply want to play both sides. Political Parties eventually have to be judged on their behaviour in a general election. If naysayers are wrong, they get to walk away with impunity having no one but themselves to answer to. 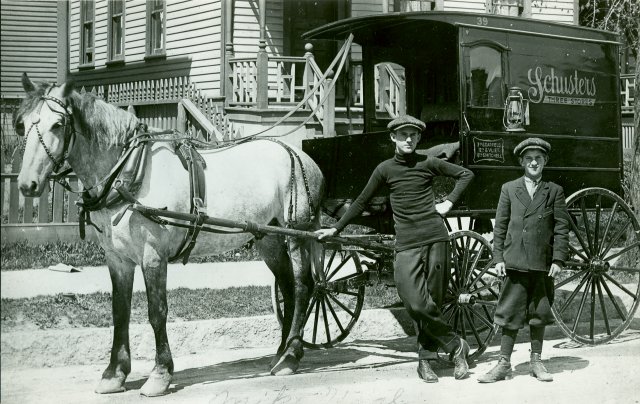 Of course, the contrary is also true; flag wavers have no less a responsibility than do naysayers. Locally, interest groups like the St. John’s Board of Trade have used their membership, financial ability and media access to promote a project not just injurious to themselves but to the province as a whole. Others amongst the institutional leadership flag-waved too, or conveniently remained silent.
When the possibility of failure due to the size of the investment relative to fiscal capability and size of the economy is disproportionate — as in the case of Muskrat, but not the Boston Subway even in the 1800s — no one should feel that they have social licence to play a high stakes game of recklessness.
There are other huge differences between our Muskrat Falls project and the Boston subway project. Naturally, one is tempted to point first to the doubling of capital costs without even realizing that sanction was given in the absence of sound cost estimates or adequate consideration to demand issues and price elasticity in a demographically challenged economy, a deal with Nova Scotia, water management, an inexperienced team and a host of other strategic and technical risks. Any one of them was capable of undermining the best business proposition.
In the case of Muskrat — unlike the Boston Subway project — there was one risk that barely warranted mention either by the proponent or the flag wavers. It might have taken first spot if clearer heads had been more concerned with success than sanction.
They never considered that technology had already overrun them.
In contrast, the Boston Subway represents a winning case of a disruptive technology.
Possibly, the Dunderdale Government tried to offset this risk by giving itself a monopoly over power production and transmission. But the nature of technology is that it is often ubiquitous. Even if the unwise had gotten just a few of the other challenges right, they may have still been betting on the wrong side.
Boston gambled on being a first-adopter of an electric underground. Edison and other trailblazers, like Frank Sprague who won the contract and designed the motors for the Subway, were demonstrating how electricity was changing everything. It was apparent that electric motors would eliminate horses for city commuter traffic, and a thousand other things.  The 56-minute documentary didn't even mention oil-powered motor cars, which were still a few more years into the future.
In short, one of the BIG problems with Muskrat is that our Government wagered on horses — old technology — when emerging technologies were already transforming the way we generate and distribute electricity.
For Muskrat, those changes were not just associated with highly productive shale gas which has played a major role in depressing the price of electricity in the New England States and elsewhere (about which Nalcor was warned repeatedly).
Nor was it reflected solely in efficient heat pumps even though they are an increasingly pervasive substitute for electricity-gobbling baseboard heating. Though a simple policy change or two, including use of the pricing mechanism, could have flattened the high peak demand this monster creates for just a few months each winter.
The fact that this is the age of “smart grids” also only speaks to one piece of a larger, more threatening group of technologies challenging traditional energy infrastructure. This system employs energy-saving technology using smart meters, smart appliances, renewable energy and improved control over power production and distribution. Its arrival - well before Muskrat sanction - only proves how outdated the idea of big hydro really is.
Should we be concerned about technologies even more threatening? Many jurisdictions, including some, like the New England States which Nalcor saw as a major potential export market just a couple of years ago, are eying the rate of progress in solar. Virtually every market is following the evolution of battery storage.  Like electric motors in the late nineteenth century, the most revolutionary phase of electricity development awaits.
Stan Marshall acknowledges that Muskrat Falls was far too large for our needs. With power-producing and power-saving technology moving literally at the speed of electricity, think of Muskrat as a commodity without (paying) customers.
Likely, we're going to be stuck with a giant $13B horse that nobody wants to touch, see or smell. And that stinks.
Lest they bet on the wrong horse, it makes perfect sense for politicians and business types, too, to check themselves and ask, when a new and expensive public investment is next on offer, whether the naysayers know something they don’t.
Posted by Des Sullivan at Monday, July 16, 2018