Where Muskrat Falls is concerned, the Government, regardless of party, has a clear track record of getting the facts wrong. The trend continues as we transition toward the operations and cost recovery phase of project.  The latest misguided gem – being relied upon by NL Hydro at the General Rate Application hearings last week – is Premier Dwight Ball’s stated rate target of 18 c/KWh for residential rates.  The Premier defends this as being comparable to expected rates in the other Atlantic Canadian provinces.  It doesn’t take much research and insight to demonstrate that the Premier couldn’t be more wrong on this issue.
…..

Let’s go through each province one at a time. 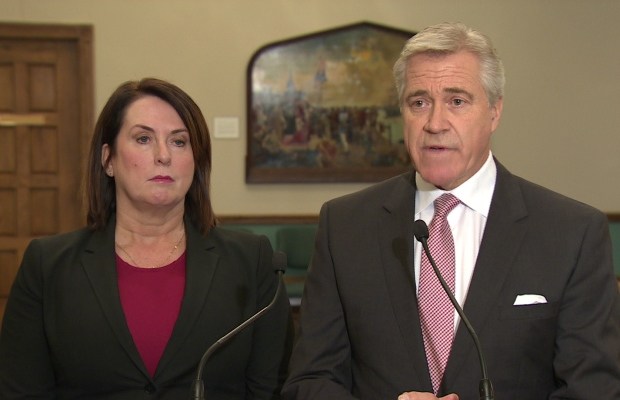 Prince Edward Island
The PEI market has developed over 25% on-island wind-generated supply (second only to Denmark in this measure) to displace on-island thermal generation while the balance of electricity is purchased from New Brunswick Power.  Distributor, Maritime Electric (owned by Fortis), uses a two-step rate design where the first 2000 KWh of a billing month costs 14.37 c/KWh and anything in excess of that is 11.42 c/KWh.


Starting just two weeks ago, the Province of PEI is providing residential rebates of 10% on the first block of power, bringing the effective rate on that 2000 KWh block down to 12.97 c/KWh.  The new Clean Energy Price Incentive is intended to promote electric usage (possibly to allow more wind power development) but also applies to propane, firewood and wood chips.


We may infer that an electric heated home – the benchmark ratepayer most common here in the Newfoundland Island Interconnected System – would likely experience an average energy cost of about 12 c/KWh.  No evidence could be found to suggest long-term rates might increase more rapidly than inflation.


Nova Scotia
Having installed smart meters on all homes, Nova Scotia Power (owned by Emera) has adopted time-of-use rates of 8.4 c/KWh on weekends and weeknights (11pm-7am) and 15.3 c/KWh during weekdays (7am-11pm).  During December through February, most of the on-peak period is billed at an even higher rate of 19.7 c/KWh.  We can reason that our benchmark electric heated residential customer might average about 13 c/kwh annually.


Nova Scotia’s high on-peak rates accurately reflect the use of fossil fuel when high cost thermal plants must be added to the grid to meet load demands.  Going forward, the import of Muskrat Falls power will displace a large portion of NS thermal energy generation leading to inevitable rate redesign for 2021 and beyond.  Recovery of the $1.7B capital cost of the Maritime Link and $0.8B in the Labrador Island Link are likely to raise the off-peak rates but the on-peak rates should come considerably down as fossil fuel usage gives way to very cheap Muskrat power.  We might reasonably expect NS Power rates could step down about 10% overall post-2021.  The example customer above could yield an average 12 c/kwh annual rate.


Prior to the expected rate decreases of 2021, the NS Power Rate Stability Program indicates rate increases of only 1.7% in 2017, 2018 and 2019; this following a rate decrease in 2016 and no change in 2015.  The pattern here is exceptionally stable with even brighter days ahead thanks to the lucrative 35-year supply contract from Nalcor.


New Brunswick
This is the most directly comparable electricity market of the three, having a single energy rate, no time-of-use metering, a similar proportion of thermal energy production, and a similar reliance on domestic electric heating.  In fact, one could consider neighbouring New Brunswick a highly relevant control sample: Nalcor and the NL Government insisted thermal energy from Holyrood was such a huge risk that we urgently needed an alternate energy source but NB Power made no major changes to its energy supply and would continue a reliance on fossil fuel.

__________________________________________
Myth Busted – Lie Exposed
This survey of Atlantic Canada electricity rates and projections for 2021 and beyond clearly shows a pattern of very stable and consistent rates where dramatic increases are improbable.  Average increases should be anticipated to be within the typical forecast consumer price index for annual inflation of 1.7%.  A reliable expectation for the average energy rate among the 3 provinces in 2021 should be about 12 c/KWh.

Clearly, Premier Ball could not be more wrong in justifying our rate increase to 18 c/KWh on the basis of expected parity with the other provinces of Atlantic Canada.  Equally, for NL Hydro executives to hold out this argument on his behalf in hearings before the Public Utilities Board exposes the extent to which they are willing to play dumb.

Given a present Island Interconnected System domestic energy rate of 11.39 c/kwh, there isn't much room left for further rate increase over the next three years to match the true average expected regional rate of 12 c/KWh.  If the Premier genuinely intends to desire rate parity within the region, then only small inflationary rate increases of no more than 2% per year are allowable to maintain parity.


The Premier should acknowledge his math was incorrect and the true rate parity target he was aiming for is 12 c/KWh.  He should also direct Hydro to immediately reduce their rate models before the PUB.  If he is not capable of that, then how about admitting he just hasn’t got a single idea up his sleeve about how to deal with the coming Muskrat cost-recovery crisis instead of promoting malicious deception.
Posted by Des Sullivan at Monday, July 30, 2018