Noticeably more people, including readers of this Blog, want to see public discussion of a resolution to the financial mess created by Muskrat. While their numbers are still small, their voices are discernible. It seems that most people are still in denial as to the scope of the problem. Delusion causes them to believe that government would never imperil the solvency of the province.

Yet, as one Muskrat watcher observed recently, the public will be in a "rage when they learn just the simple truths" of what the project will cost them in relation to the cost per KWh of thermal generation at Holyrood.  Likely, that rage will be compounded when people learn the extent to which the Tories and the Liberals failed to share with them the whole truth of the debacle.

Fortunately, not thirty or forty percent of the population but just one or two percent are needed – provided that they are focused and relentless - to cause a shift in government’s thinking. The voices of even this small minority are required right now. They need to have the Ball government make one important addition to the decision that created the Muskrat Falls Inquiry.

Muskrat is like a fiery comet determined towards the moment of impact. It is akin to waiting for the bank to say “no”. While the details are complicated, the larger picture isn’t.

The Province has run seven deficit budgets in a row and more are forecast. It has done this while it shovelled billions into an investment that, without wise intervention, will – for 50 years – need to be subsidized by billions more.

Who will volunteer the closure of their hospital or school just so that people will be able to afford to heat their homes? No one. And rate mitigation is a momentary Band-Aid.

I have sympathy with a public genuinely unable to assess this multibillion dollar crisis. Part of the problem is that Muskrat is unique in that professionals and generalists alike are equally challenged to understand its sordid underpinnings. Many, including engineers and accountants confess – without a hint of contrition - that they are not informed enough to appreciate the predicament. 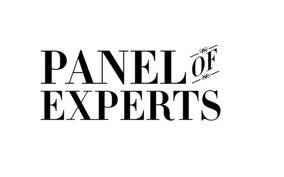 Who wants to endure the wearisome process of parsing hubris, legacy building and stupidity anyway?  Most people have no time for discussions about the principles of construction estimation, demand forecasts, price elasticity, the Water Management Agreement or an appraisal of whether there is such a thing as an “independent” engineer – or any entity with an involvement that is not just self-serving.

People rightfully want a solution but some want one to appear – as if out of nowhere – even as they express the unwarranted sentiment that Muskrat is solely a NL problem.

It’s as if they are willing to risk self-immolation just so that the issue is resolved. They should be careful what they wish for.

Each passing day the Provincial Government is content to let the Feds off the hook as Muskrat related debt continues to grow.

It is impossible to understand Ball’s calculation. He adds to the reasons we worry about him.
A recent story in the Financial Post written by former Telegram reporter James McLeod quotes the Premier about NL’s financial woes and whether the Feds are engaged in the issue. He told McLeod that Federal Finance Minister “Morneau and the Prime Minister is aware of the situation, and discussions are happening”. And Ball added: “There’s no need to have that discussion (about bankruptcy) right now, because we’re having better discussions at better tables”.

Unfortunately, Ball did not offer a glimpse as to whose “better tables” are being visited and the nature of the discussions underway.

Yet, the public should know – have a right to know - what the parties involved are and what has been put on those tables on our behalf.

That is one dimension. There is another.  The Ball Administration has shown no leadership on the deficit or on budgetary issues generally.  We have reason to ask: what is it that affords people to think that this Government has the skill-set to navigate a problem so large that it is defined by the starkest of choices: 50 years of deep fiscal pain or insolvency?

The warning that I have for readers is that they would be unwise if they allow the solution to Muskrat to remain out of their hands. They might remember that that the then Government’s hyperbole and untruth paved a path to Muskrat Falls sanction. Ball has failed to show how his Administration is any different.

Muskrat is not some garden variety cock-up. The problem is huge. It will affect lives and jobs and public services. And it will threaten new investment in the province. The problem should be dealt with now but any “fix” must not only include the Feds; it must be negotiated by skilful people. Wee before any conclusion is reached the public must be consulted.
There is a useful and transparent route to dealing with this vital issue.

But first it is worth noting that we cannot depend upon the Commission of Inquiry into Muskrat Falls for these solutions. The Commission has simply been directed to consider “how to balance or apportion the financial costs of an electrical generation project like Muskrat Falls as between power consumers and all of the Provinces' taxpayers”.

Nor is the timing of the Final Report in alignment with our deteriorating financial condition – which will speed up once commissioning occurs and the requirement of another $850 million annually (and rising every year for the next 49 years) is required to service the interest and the operating cost of the project.

Rather I suggest a Panel of financial experts – real ones – not partisan hacks or the fake experts behind Nalcor – should be assembled and given a mandate to analyse the state of the Province’s finances. The Panel would recommend the most viable solutions available to deal with our impending fiscal implosion.

Again, the Federals Government’s complicity must be part of that assessment.
It would be unconscionable that both a provincial general election and a federal election are held in 2019 with an electorate denied the facts as to a Province in peril. It would be even more parlous if the Government rolls the dice on amateur hour – putting assets on some as yet unknown table – robbing in the bargain the basis of any hope this province has for a brighter future.

The one or two percent of the population who have the ability to influence the Ball Administration and alter an incomplete or unwise outcome of our financial circumstance have their work cut out.