The Government released the public accounts for the fiscal year 2017-18 on November 6. It is essentially an official record of the accuracy of the Finance Minister predictions but even more it is a measure of his resolve and his capacity to right a sinking ship. It is absent forecasts, best guesses and the Government favourite tool – hope.
How did the Minister fare?
Actually, not well at all. He missed his Budget target, coming in $98.8 million over the forecast deficit number by a whopping 17%. The Minister couldn’t even come close to the revised estimate announced in March. As a percentage of the revised figure, he failed by a substantial 10.1%.
The Minister will argue, as he has, that such variances are normal. However, an error in forecasting of the magnitude of 17% is in the category of misfire rather than discrepancy.
If only language was the Minister’s biggest failing! 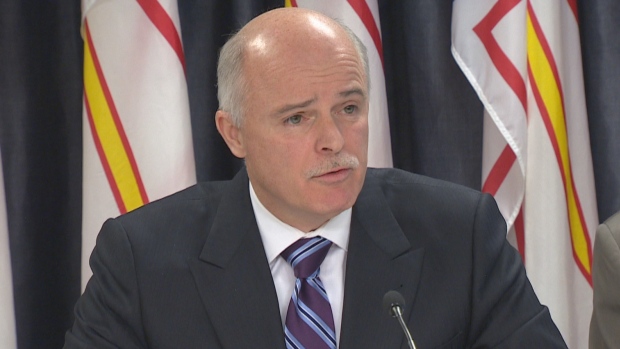 The province’s terrible fiscal situation does not need to undergo repetition here. Worrisome enough is the current year’s Operating Deficit forecast of nearly $700 million (plus the borrowing for infrastructure and Nalcor’s play things). Troublesome, too, is that the Minister seems not to take the fiscal situation seriously or, otherwise, seems unwilling to insist that the deficit is a number to be beaten down rather than a starting point.
Admittedly, Osborne needs the support of the Premier and the Caucus to maintain the process of fiscal discipline. But in the role, he need not be hapless; he has persuaded his constituents to vote for him on several occasions. Why cannot he not use suasion to engage his own Caucus colleagues and instruct them on the perils  of fiscal profligacy?


It is right to acknowledge that maintaining discipline on $8 billion of expenditures is no easy job – especially when the Government is unpopular, the Premier is wimpy, 40 MHA’s constantly have their hands out and when the public believes someone else – not them - should be denied. Of course, it is a tough job. It would tough even if oil was $120/barrel and we were rolling in dough. But we are not. That what makes the Finance job so important.
The Finance Minister needs to decide if he wants to be liked or if he intends to lead. I suggest that a Finance Minister caught in an unending maelstrom of fiscal drunkenness needs to be grounded in values. He will always have his resignation letter at the ready in case he can’t stomach more of what seems the Government’s determined course.

But, then, Osborne didn't ride into the Finance Ministry swinging the sword of deficit slayer. On the contrary, the price of admission, the Premier's nod, was that he would cause the disappearance of Cathy Bennett's latent - as much as tepid - obstinacy over public service contracts.


The Ball Government decided at the outset that it had no intention of cleaning up the foul mess of deficit, debt and Muskrat Falls – a litany of recklessness left by the Tories. That is a choice the Liberals made and they should not be surprised if they will have to pay a price for it.
Still, as Finance Minister, Osbourne has the opportunity to make choices other than to placate public sector unions. He can use some of those choices to, at least, hold the line on spending.

An engaged Minister will eye the figures constantly, ask for updates from his officials, cajole the Premier and the Cabinet when further deficit creep has been recognized; he would have the Treasury Board on high alert. He would lead when the Premier can't.


If he was really serious about the deficit, a big axe would become his Office’s only adornment. Everyone in Government – including the public service would know that, if they have the temerity to ask for something not budgeted, they had better be ready to forgo an equivalent expenditure.


Making targets Budget targets is not a heroic expectation. On the contrary, if the Premier had a spine, he would tell his Finance Minister that and, for good measure, demand of him an achievable plan of budget balance, too.
For all those reasons, a Budget deficit off by 14% to be cast as just a variance is simply maddening.
There is hope even if it is feint. The Finance Minister delivered his Budget Update for the current fiscal year on November 6, 2018. Revenues are up by $130.2 million and expenses are down by an amount that actually does constitute a variance: $5.7 million. The Minister attributes the extra revenue not to any decision he made but to higher oil prices.
And therein lies the rub. Without the interference of serendipity – or an edict of the Bondholders – Budget balance has no chance of ever being met.
As to the current Budget deficit, I suggest that that the $136 million mid-year surprise is viewed as something akin to low hanging fruit.
An election beckons.  Mindless Ministers will want to spend every cent they can get their hands on.
Don't hold your breath waiting for a balanced Budget.
Posted by Des Sullivan at Thursday, November 15, 2018