Dividends are simply the return on equity from an asset.  At DG3 of the Muskrat project, Government expected to contribute equity of $1.6-1.8B.  Applying an 8.4% return, a fairly typical rate for Canadian and US utilities over the 50-year financing term, Nalcor indicated Government would get a $22.2B return on their equity.  These figures are nominal dollars, undiscounted for inflation or financial risk – it’s these big unadjusted numbers that the promoters have frequently relied on when talking about the return on Muskrat.
In estimating the “Isolated” scenario over the same term, Nalcor calculated net Dividend gains of $4.5B.  The Muskrat “Interconnected” option (Muskrat Falls) was, by comparison, $17.7B or 4 times better.  The term “better” should be qualified however: all this extra cash was to come from ratepayers so it isn’t as though such extraction of capital should be considered a simple given and without risk.  There is little evidence that Nalcor and Government considered actual affordability to end-users in their pre-sanction studies – it’s almost as if ratepayers were viewed as ATMs always ready to churn out more money on request.  Assessment of this vital risk to project payback was neglected.


Dividends Increase With Muskrat Cost Increase
When known project capital costs had escalated to $12.7B in 2017, Nalcor recalculated Government’s equity investment at $4.0B.  Not surprisingly, when Nalcor revised Power Purchase Agreement cash flows in 2017, return on equity to Government was scaled up accordingly.  After all, the contracts were written to guarantee 8.4% return on equity: in effect, Government would simply be investing more money to make more money without any concession or consideration for the impact on ratepayers.
The issue of a utility (or their shareholder) being rewarded in this fashion for management incompetence is not unique.  There are critics throughout the industry who have eloquently expressed that wherever regulatory authorities tend to pass costs onto ratepayers, public utility companies tend to be eager to build expensive projects of questionable need.  On top of that, they are not afraid to incur cost overruns if they are confident their regulator will pass on the costs.
A utility pushing major capital expansion would ideally consider two key revenue risks.  One is that the regulator could deem some of the costs were not prudently incurred and therefore the ratepayers would not be responsible to pay back those amounts.  In the case of Muskrat, Government chose to usurp the local regulator, the PUB, with legislation holding the ratepayer responsible regardless of cost: Nalcor and their shareholder aggressively mitigated this aspect of their risk.
The second risk is the destruction of the market resulting from post-project shock pricing. The shock may cause a dramatic elasticity impact as consumers use less electricity or the most cash poor among ratepayers simply can’t afford to pay their bills.  This latter category of risk presently poses great threat to Nalcor’s revenue projections.  They planned inadequately to anticipate it and they have no viable plan to counter it -except to hand off the looming losses to their shareholder, the Government.


Subsidizing the Market
Over a year ago, Premier Dwight Ball realistically spoke of Government recognizing that most ratepayers can’t afford a doubling of rates.  Ball indicated a rate ceiling of about 17-18 c/kWh that would require rate mitigation of around $400M annually.   On the Uncle Gnarley blog, we think the number will run higher, possibly in the $500-600M range but we’ll use the Premier’s number for the moment. 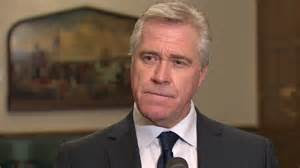 In 2021, the first full year of project payback, Nalcor’s 2017 revision of the PPA numbers shows Government receiving $151M as its return on equity.  However, if Government is simultaneously doling out rate mitigation measures of about $400M, it is obvious that Government will incur a net $250M loss.  This is money it must raise from taxpayers or it must borrow.  Based on the Premier’s heady and incomprehensible claim during the fall byelection that neither ratepayers nor taxpayers will pay for Muskrat, it seems 100% certain that the net cost of mitigation will be new debt.


The answer does not lie in Government amending their rate of return to below 8.4%.   This would do absolutely nothing.

The bottom line here is that Muskrat is poised to bleed the public dry.  There will be a net public subsidy lasting the entire 50-year term of Muskrat project payback.  Return on equity is gone – it will always be a negative, a subsidy.  Government will have to contend with the high costs of subsidizing the market every year to ensure everyone can receive electricity.  These perpetual losses will hammer Government through the accumulation of many billions in new debt.


Firstly, the $4.0B equity investment in the project must be considered an unrepayable dead loss.  This money was borrowed by Government with a series of bonds requiring annual interest payments that won’t be serviced by the Muskrat return on equity that was supposed to pay them.  Each year, Government will borrow more money to pay the interest, creating new debt that will demand more interest the next year. It is a scenario that will repeat and compound every year.
Next, the annual net subsidy poses an even larger debt threat.  Annual losses in the hundreds of millions are bad enough but the new debt will also grow interest servicing costs that will compound and grow exponentially.
To get a full technical workup on the threatening Government debt spiral, review PlanetNL3 posted over a year ago.  The bottom line worked out at that time was that Muskrat could accumulate net losses exceeding $100B over 50 years.  Even if half that or quarter that amount, it’s still shocking to think that Muskrat is going to continue to waste huge amounts of public money for decades to come.
Missing from the earlier analysis is another little known but very troublesome problem.  Very little of the project’s $7.9B debt financing is extended to the full 50-year term.  Substantial parts of the first $5.0B are due on significantly shorter terms and much of the $2.9B second round of debt comes due in the 2020s and 2030s.  The notable problem here is that Nalcor or Government won’t have the cash to pay off the maturing bond issues.  New bonds will be taken out on terms that are surely not going to be nearly as favourable as the bond markets quickly wise up and seriously degrade the Province’s bond ratings.  The result will be significantly higher interest costs than are forecast in the PPA.  Besides that, the same effect will hit all of Government’s bond replacement activity, not just those related to Muskrat.  This trickle on effect attributable to Muskrat will impact the Province by many billions more.
Will the Promoters Still Promote
Several of the biggest promotors at Nalcor and Government are still to be heard from in the coming weeks at the Commission of Inquiry.  Could they possibly still tout the originally expected $22B in benefits that was supposed to flow into Government coffers as though it were still going to happen?  Could they even talk of greater benefits such as the post-overrun $40B, meanwhile ignoring the larger ongoing costs Government will incur?  Will they refuse to acknowledge there was any revenue risk in their plan at all?   Will they recognize the absurd level of increased debt that threatens to destroy the solvency of the Province?


If they couldn’t think of these issues prior to sanction, how could they possibly rationalize the issues now.
Posted by Des Sullivan at Monday, November 19, 2018