In this post I examine the underpinnings of this “fundamental assumption”, beginning with the take-or-pay power purchase agreement (PPA), the role of equity and the concept of freedom of choice. Does the PPA lock us in to an abusive relationship, not for 65 years but for 50? Is it another Churchill Falls Agreement which strips us of our rights? In my next post I will ask if the PPA makes Muskrat Falls self-supporting and whether revenues from rates will cover all costs and generate dividends for the government of Newfoundland and Labrador (GNL).


The PPA is an agreement signed November 29, 2013 which guarantees that NL Hydro (NLH) will purchase a defined amount of energy from Muskrat Falls Corporation (MFC) over a 50 year “Supply Period”. NL Hydro must purchase this power regardless of the level of demand for power in the province. Both companies signing this PPA are subsidiaries of Nalcor Energy. They are not “at arm’s length” from each other. Regulators are very wary of transactions between related companies and for good reason. When I was chair of the PUB we reviewed transactions between Newfoundland Power (NP) and other Fortis subsidiaries to ensure that costs charged were no higher than they would have been if NP had been procuring the same services in a competitive marketplace. 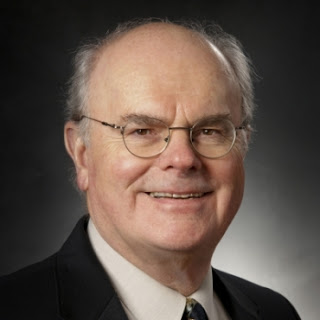 
By signing the PPA NLH has abrogated the rights of our citizens to benefit from other more affordable sources of energy over the next 50 years. The PPA locks the province into old technology in a world where technology is improving more quickly than at any time in human history and this is particularly true for technology relating to energy and communications.


The PPA, combined with the 2012 amendments to legislation governing electric power supply, enshrines Nalcor’s position as an unregulated monopoly. This abridges the freedom of our citizens to participate in the benefits of a free market economy, which has generated more economic growth over the past 100 years than any other economic paradigm.


There is a trend toward increasing competition in the energy sector, notwithstanding the power of behemoths of electricity represented by crown corporations across Canada such as Hydro Quebec, Manitoba Hydro and BC Hydro. At a time when growing competition is reducing the cost of power across North America our province is returning to the industrial structure  of 19th century monopolies, before regulation evolved as a surrogate, albeit imperfect, for free market competition.


The PPA is established as an asset to be monetized through the federal loan guarantee, thereby enabling Nalcor to secure loans of $7.9 billion dollars.


How can two crown corporations, with conflicting objects, both owned by citizens of the province, usurp so many of the rights of citizens in a democratic society? Surely the PPA should be challenged by a class action on behalf of consumers? The PPA is an attempt to lock consumers into a situation where sufficient revenue will be extracted from them to ensure that those who lend the money and those who guarantee it will bear no risk. How will consumers and citizens react to this contemptuous treatment, knowing that their rights may be abridged even as they supposedly continue to enjoy rights and freedoms guaranteed in the Canadian Charter of Rights and Freedom?


Were those who orchestrated this debacle successful in undermining the rights of citizens and turning citizens into automatons, with no freedom of choice? The answer is no. As of this point in time we continue to enjoy freedom of choice, which is fundamental to our democracy and to the functioning of our free market economy.


We turn now to the economics of the PPA, beginning with the concept of return on equity (ROE). Equity is the capital investment which investors commit to an enterprise or project. Those who invest equity are fully exposed when things go wrong. They bear the losses if the project or enterprise turns sour. In the context of a limited liability company the risk is limited to the assets of the corporate entity, whether public or private.


If, on the other hand, the enterprise is successful the owner of the enterprise will enjoy the profits and will be rewarded for taking the risk. John Crosbie once quoted T. S. Eliot who said “Only those who would risk going too far can possibly find out how far you can go” to suggest that government should embrace the risk of Muskrat Falls. Perhaps Eliot, the Anglican prelate, poet and banker, was simply saying we should challenge ourselves in our daily lives and did not intend to endorse such worldly “boondoggles as Muskrat Falls”?


In the world of business, profits are not guaranteed. You pay your money and you take your chances. In the world of public utilities it is a little different. Return on equity capital is treated more as a cost than as a residual. It is factored into the “revenue requirement” which is jargon for the annual cost of a service such as telephone or electricity provided by a public utility. Dividends become for utilities a cost factor although for their shareholders they are revenue. When customers and shareholders are one and the same the dividends are extracted from one pocket as a cost and placed in the other as revenue. If the customer is without means then dividends can neither be extracted nor returned!


In a regulated world, public utility commissions across North America set an allowed or “regulated” return on equity, as a stepping stone to setting the return on regulated rate base. The rate base is the value of all assets used and useful in providing service and is financed by a combination of equity and debt. The cost of debt is usually easily measured and is the interest cost of servicing the debt.


Interest and principal repayment are usually secured by a mortgage on property and are considered to be well secured, as they are the next to be paid after payment of operating expenses. Interest on debt will be paid as a first claim on the assets of a company. The return on equity is not secured, other than by trust in the sagacity and foresight of the investor.


Regulators set an allowed rate of return on equity which is included with the cost of debt servicing in calculating a regulated rate of return on rate base. Often regulators will create a range or small band of after tax profits which is deemed “acceptable”. If the return exceeds the top of the range they can demand that the utility make a refund. If the return falls short then the utility has to absorb the cost because it is unusual for regulators to impose retroactive rate increases.


The point is that in the world of regulation, from which Nalcor and MFC are regrettably excluded, public utilities are not “guaranteed” a rate of return. Instead they are “allowed” to earn a return. The reason is that regulators and utilities can only estimate or guess what future demand for electricity will be. Usually regulators are dealing with a period of two to five years. Rarely do they make decisions based on 50 year projections.


The Consumer Still has Freedom of Choice
The PPA is based on a return of 8.4% on equity. To what extent is this rate of return guaranteed? The reality is that consumers are still able to make choices. They can leave the province. They can modify their behaviour by using alternatives to electricity, particularly for heating living and working spaces. Economists have measured elasticity of demand and found that if people expect that rate increases will continue they will shift to other forms of energy. If they consider rate changes to be temporary they will ignore them. In the case of Muskrat Falls it is highly likely that elasticity will be high and people will switch in response to rate increases, given that the project will not be completed for another two years and the costs of the project are well known. Expectations are that a succession of rate increases is virtually inevitable.


Eventually, the billions of debt will be paid, and the project might be able to start paying dividends to residents of the province. Throughout the sad saga of Muskrat Falls Russell, has by his probing insights, demonstrated excellence in investigative reporting. With the highest deference and respect to Russell and in response to his closing comments I say: Russell, do not bet your pension on “payment of billions in debt”! Yes the bondholders will be paid but most likely by the guarantor, the federal government.


“Paying dividends to residents of the province”?  Not likely! If dividends are going to be paid they will first be taken out of your pocket through higher rates and as a cost of service before they can be returned to your other pocket as a “profit”. The notion of dividends is a “delusion,” if not a deceit.  Our politicians will be selling our citizens short if they think people can be so easily deluded!


Will ratepayers challenge the PPA as being detrimental to the interests of consumers?  Should the Consumer Advocate, on behalf of electrical consumers, launch a class action to challenge the impropriety of this take-or-pay contract between a regulated utility and the company with which it has negotiated a power purchase agreement, both of which are owned by Nalcor? The contracting parties are clearly not at arm’s length. Does the contract interfere with the rights and freedoms of ratepayers by monetizing a contract on their behalf, effectively imposing a pre-payment obligation upon ratepayers, without their agreement? In Part 2 I will deal with the economics of Muskrat Falls and show why it is unlikely the project will cover its annual costs let alone dividends.
Posted by Des Sullivan at Thursday, November 08, 2018