Likely Andrew Furey understood the dearth of talent that comprises the Liberal Caucus long before last Wednesday’s Cabinet making. Adding to the difficulty Perry Trimper’s indiscretion towards the Native People required the absolution of another election win, while the Ph.D toting Scott Reid is far too intelligent to handle matters Departmental.

It was wise to clear “the debt is manageable” Tom Osborne from Finance; it was confusing for him to be surrounded by so many zeros.  But who thought that Siobhan Coady’s talents would be Furey’s rare find?

I had feared that Andrew might have filled the all-important Finance portfolio first. Such untimeliness might have resulted in Finance Minister Elvis Loveless, though this public does not need reminding of his gyrating namesake or that, in NL, every other day brings the expectation that “Santa Claus is Comin’ to Town”.

Luckily, Furey waited until after placing Bragg, Bennett and Loveless. When he was finished with Coady, he must have felt like Jesus on the seventh day.

Mere pikers in the game of high finance, prior Finance Ministers - Ross Wiseman to Tom Osborne - had constructed a “post-Keynesian” order. Keynes' popularity was driven by a theory that allowed for economic activity to be levelized; through government spending in the bad times following which the excessive borrowing would be paid down when things improved.

In NL, that approach was completely unacceptable and as a result “post-Keynesianism” was born – a plan that afforded huge and unstoppable spending - all the time. Problem was, a few people seemed disturbed by over-indebtedness. Worse, the bond holders still demanded to be paid. Furey must have had a premonition. Siobhan would bury John Maynard Keynes for good!

Between surgeries, Fury had had time to understand NL’s fiscal condition. His Senator father would have counselled the urgency of NL’s case. There would be no time for notions of “the journey of a thousand days begins with the first step”. It was too late for that. Dr. Wade Locke could be consulted,  of course, but at what cost?

Besides Furey’s “funny-bone” had been acting up, as it often did with difficult cases. He was an orthopedic surgeon, after all! Whatever it was telling him, he just knew Siobhan Coady would possess the perfect solution. She would make Newfoundland great again! 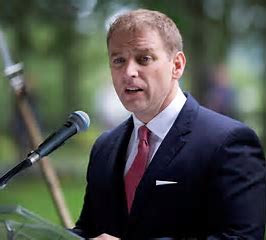 Coady had been a total failure in Natural Resources. She had stood by Dwight Ball as he allowed former Nalcor CEO Ed Martin to be fired “without cause”, departing with a rich severance package. Furey recognized, too, that she had not pushed Stan Marshall into a much needed “stop/go” analysis on Muskrat, allowing him to burn through cash that even in a “post-Keynesian” NL was obscene.

There were other issues with Coady but it was surely her embrace of Danny Williams’ energy warehouse plan and the piece de resistance – the decision to allow hundreds of real jobs – including on the Terra Nova FPSO – to slip through her fingers that clinched the decision. After that, Furey was certain that she had not a clue about anything, confirming in the process that she might be the perfect political choice as his Administration’s economic theoretician.

Andrew had thought about all of those things as the swaggering Coady made her grand entrance into his office, offering her hand with the certainty of a Royal welcome.

Though his “funny-bone” had the accuracy of a Google search engine, as a surgeon he still wanted to be sure of his decision, having made it a habit of measuring twice and cutting only once. Perhaps, he thought, he should give the “presumptive” Finance Minister a little test.

“Minister”, he addressed her as she withdrew her Royal hand: “Do you think we can afford $25 daycare? “I did make the promise in my leadership campaign and I now wonder if the province can afford such a generous scheme when we are in debt up to our ears.”

“My dear Premier”, Siobhan spoke to him softly for emphasis, as she did on the rare occasion that gravitas overwhelmed conversation. “My dear Premier”, Siobhan repeated, knowing she was in command, not of Dwight, but of a real Premier this time. “With the application of my new “Modern Monetary Theory”, coughing a little to give emphasis to her invention, you will be able offer the peoples not $25 daycare but $5 daycare - or even less”, she blurted out, leaving Andrew dazed and unsure whether the idea was brilliantly simple or simply brilliant.

“Can we, really, Siobhan”, a dubious looking Premier asked the ever smiling, not-sure-if-she-is-thinking-about-anything Minister, and most certainly not expecting John Maynard Keynes to be buried with such quick dispatch? “Of course”, replied Siobhan, adding: “And that’s not all. Before getting on the elevator, preceding my arrival to meet my dear Premier to accept my new portfolio, I instructed Tom Osborne to hire another 70 teachers.” That should keep that bunch of friggers quiet until after the election, she added under her breath. “And the $3 billion deficit this year…don’t worry your precious head one little bit, my dear Premier.”

“But tell me Siobhan: how does it work….this “Modern Monetary Theory” of yours; it sounds so exciting. I just have to know more”, he demanded, perhaps a little too quickly, feeling his newness but still wanting to appear in command.

“It’s very simple my dear Premier; as you may know I am the simpleton of persons. I have figured out what has long escaped the “post-Keynesians”, all of them completely stunned I’d say, my dear Premier, including our own…well, perhaps borrowed from the Tories maybe more accurate… little Tommy Osborne. “But tell me Siobhan”, Andrew interjected, anxiously, I need to know how it works.”

Siobhan looked at the Premier with a stare down with which he had only seen from other orthopedic surgeons and he began to wonder if she wasn’t a case for the College. Brushing the thought away as Siobhan began to address him, he listened to the simple theory that would save NL. “What you need to understand, my dear Premier”, Siobhan continued, “is that it doesn’t matter how much you borrow as long as you “believe” that its money you will never have to repay.”

Andrew felt dumbfounded. Medical school had never been this simple. He thought about her “theory” for a moment and began to feel deliriously happy that he had been so wise to choose this Minister for Finance.