THE TIMING OF THE NEXT PROVINCIAL ELECTION

It is obviously tempting for the new Premier, operating in a minority situation, and having a recent further reduction in his caucus, to call the election sooner rather than later. This is  particularly the case because Dame Moya Greene will provide her interim report on February 28, 2021 and final report on April 30, 2021, focusing in large part on our fiscal crisis and  how we should respond.

In addition, we have so far had a good public health response to the pandemic and federal programs have alleviated to a large degree the economic impact on most families. Given the imminent rollout of the vaccine, and should the caseload remain low, it will be to the political advantage of the government to go to the polls sooner rather than later.

And finally, the governing party is riding high in the polls

The Government should resist that temptation.

I see the next election as the most important one in our post-Confederation history.

It is an election which should be focused on what actions our political parties are prepared to take to respond to our fiscal situation and in order to do that we need to have Dame Green’s report. And we must have a budget which sets out the government’s response to her report and what the financial projections will be for the next few years before an election is called.

And we also need to know what the plans are for rate mitigation. The continuing delays in the competition of the project due to a variety of issues has allowed the government to put that issue to the back burner.

We must have the full picture of what rate mitigation steps are being taken by both the Government of Newfoundland and Labrador and the Government of Canada prior to an election being called. And the longer the project is delayed the more it will cost because of increased interest charges. So the latest estimate of $13.1 billion will certainly rise and so will the amounts needed for rate mitigation.

Buried in the terms of reference for the “Economic Recovery Team “ is the following: “The team members will provide input into those reports but the responsibility for the final report will be that of the Chairperson.” 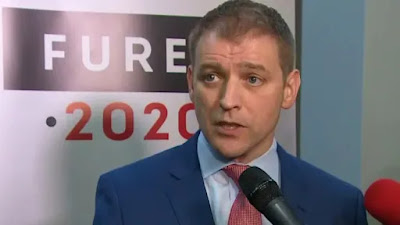 So this is really a one person team with the other members providing input. This is an unusual approach and places a huge responsibility on one person, a very able person, no doubt, with an impressive resume, and deep family connections to the province. I  think we should have had a much smaller committee but it is what it is. I don’t envy her, as she deals with such a large group of people and such a difficult situation and we must remember that she is a volunteer. I wish her the very best and thank her for taking this job on.

It would have been far better if we could have had an all party committee on our fiscal situation and have tried to take the politics out of the crisis but that unfortunately never happened.

I am, of course, pleased that one of the team members is my fellow nay-sayer, Dave Vardy, one of the giants of our public service. He brings tremendous experience and expertise to this exercise and will provide sage advice to Dame Greene.

She is charged with two jobs. For me the most important is an examination of our fiscal situation and, more importantly, what we need to do to meet that very difficult challenge both in the short term and the long term.

The terms of reference note that the province “is currently facing an unprecedented fiscal situation. The Budget deficit forecast for 2020/2021 will exceed $1.8 billion. Furthermore the province has added $6.8 billion to its net debt in the past 6 years. This is unsustainable.”

The Parliamentary Budget Officer has also been commenting on the fiscal sustainability of the provinces for the past number of years and it won’t surprise anyone that our fiscal gap is among the highest of the provinces, second only to Manitoba.

She is also charged with developing an economic recovery plan but if I were her, I wouldn’t spend a lot of time on that.

My book shelves are filled with a host of such efforts, all gathering dust, with absolutely no impact on our economy. Despite all evidence to the contrary, Newfoundland and Labrador governments continue to believe that yet another report on “economic recovery” will be the panacea for all our ills.

So better to concentrate on what we can control, which is our level of expenditures and how we can manage them in the future so we don’t hit a fiscal wall, with no ability to borrow, and our affairs controlled by some nameless federal official in the bowels of the Confederation Building.

I have a few ideas, starting with the most important one.

Our government and our opposition parties need to show that they understand the need for fiscal restraint. Instead what we are seeing from the new Premier is an endless stream of new programs, grants, and donations which have the effect of denying our true situation. We need to be properly prepared for what is to come. Instead we are living in a fool’s paradise. And other institutions, like Memorial, are pursuing very expensive new initiatives, like a law school. Trust me, as a lawyer, the last thing we need is a hundred more lawyers annually leashed on us and Canada.

Here are a few easy ones:

We are out advertising for a new CEO of Nalcor. We don’t need Nalcor. We already have Newfoundland and Labrador Hydro, which is quite capable of running Muskrat Falls once it is completed. Stan Marshall says to eliminate Nalcor would be a “Newfie joke”. Nalcor is the real  Newfie joke.

We should get out of the oil and gas business and sell off our interests strategically. Out take should come from royalties and we should concentrate on providing public services not engaging in a very risky business. If West White Rose doesn’t go ahead our investment in that project will be lost. And what are we doing putting additional money into the project and not even being given additional equity in it?

Handling our fiscal crisis will be extraordinarily tough. We have very powerful public sector unions who are indifferent to our fiscal situation. And we have a demographic challenge with a rapidly aging population, with all that entails for health care costs.

And, most importantly, our public sector is such a large part of our economy in all areas of the province, so that any expenditure reductions will be met with strong resistance and the resulting political peril for the party in power.

So I understand the temptation to call an early election but it must be resisted. A successful democracy needs a fully informed electorate and we won’t have that of the election is called before the full extent of our financial situation is known and we have the response of the political parties to what is proposed.