PREMIER FUREY MUST ASK TO POSTPONE THE ELECTION

Dr. Fitzgerald’s body language did not betray her when she shuttered most of the Province’s economy for the second time on Wednesday. Her demeanor and countenance suggested that she had just endured the kind of pushback from the politicos on the 8th Floor that lets you know “doing the right thing” is not easy especially during an Election; she might have still been feeling the bruising. She was probably thinking, too, of the unwise Premier sitting six feet away and of the arrogance required to play Russian roulette in a pandemic.

Where have we seen it before? Danny Williams and Kathy Dunderdale come to mind; too smart by half, a pair of Wiley Coyotes so full of themselves seeking political advantage by crushing common sense. Premier Furey’s manoeuver – too slick by half - now sees him looking down the wrong end of the gun.

If it was only about winning an election, a healthy society and economy would work its way through one more dalliance with “amateur hour” he exhibits. We have certainly seen this before: Danny, Kathy, Tom, Paul and Dwight have not defeated this place, even if they have given it a good shot.

Elections are not just about who runs the House of Assembly. Who has the "confidence" of the people is actually far more important. The issue, therefore, that escaped Premier Furey’s notice in his gamble for advantage with a February election - the harshest of winter months - and the constant threat of COVID-19 - is this: if his Party wins, will he have anyone’s confidence. Will he have the moral authority to govern?

At first, it is worth remembering that his default that the law required him to go to the Polls risks offending basic common sense. The “law” afforded the Premier a window of opportunity of one year following his Swearing-In, last August. Secondly, in a pandemic, possibly the most legitimate reason for changing the law – though I can think of others – the option did not receive even momentary consideration. 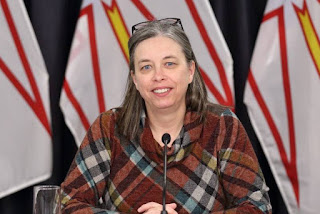 The Premier cannot be credited with seeking a mandate in response to the Province’s fiscal crisis. His platform - and those of the other Parties – fails to acknowledge its awful dimension. The Premier’s own assertions around the “fiscal gap” constitute a deliberate misrepresentation of its enormity. Furey's platform, in short, offers only the assurance that his friends in Ottawa will come to our rescue. If this is correct, why the need to get ahead of the release of Moya Greene’s Report, even if her professional history includes no talent for “gilding the lily”?

In the circumstance, it is pretty darn hard not to conclude that Furey has deemed the health of citizens a collateral matter; the exigencies of Party politics are obviously far more important. Otherwise, he would have publicly addressed the largest fiscal crisis of the last ninety years, taken pains to explain its relationship to the need for a new mandate, and described the problem in a way that, so far, no Party leader has been willing.

This is not real politics; this is sham democracy. This is a Premier content to play footsie with the truth as he takes cavalier risks with public health.

To be perfectly frank, any leader motivated by the true spirit of democratic practice would want his actions to indicate what he thinks of the truth and of the rights of citizens. This should include the certain knowledge of what they are facing before voting.

If the election is not delayed, the greatest threat to its legitimacy is that it will suffer a low turnout.  Many people, not just those in quarantine, the elderly, the health compromised, and the justifiably fearful, will be disenfranchised.

This is not a good start when the greatest need is to restore the public’s faith in their House of Assembly and in their Government, not to erode it further.

Nothing less than a full and fair election – one in which all who wish to vote can – will begin the path of repair for the confidence needed to deal with each of our realities – the pandemic and the fiscal crisis.

For all those reasons, Premier Furey should do the right thing. The Chief Returning Officer does not have the authority to delay the Election but the Chief Medical Officer of Health does. He should call her today.  A full "Mail-In" Ballot return is easily viable.

An even better idea is to reschedule the Campaign until summer or fall when Covid-19 ought to be in the rearview mirror, vaccination more widespread, and new voting methods developed. However, that may be an unlikely option considering the legal basis for the Lieutenant Government's authority to reconstitute a dissolved Legislature has no precedent.