The Variant and the Election: throwing the Chief Electoral Officer under the bus.

The announcement on Friday night that we now have the UK variant has certainly got our attention. It is much more contagious, and contrary to what was said at the press conference announcing the arrival of the UK variant, it is also likely more virulent and may have an increase in mortality of 35%.

This is a serious escalation in the pandemic and it did not need to happen.

It is only recently that we have started to use rapid tests. Nova Scotia has been using those tests for months to gauge community spread. If we had followed their example we would have likely identified community spread much earlier and taken the appropriate public health measures also much earlier and likely nipped this in the bud, instead of being in the situation where we find ourselves now. As a result NS has 14 active cases and we have 338.

We had cases over two weeks ago which were of unknown origin. That was the time to have gone to level 5.

We had all thought of ourselves as the New Zealand of North America but the difference with them is that once they have a single unexplained case lockdown is immediate. 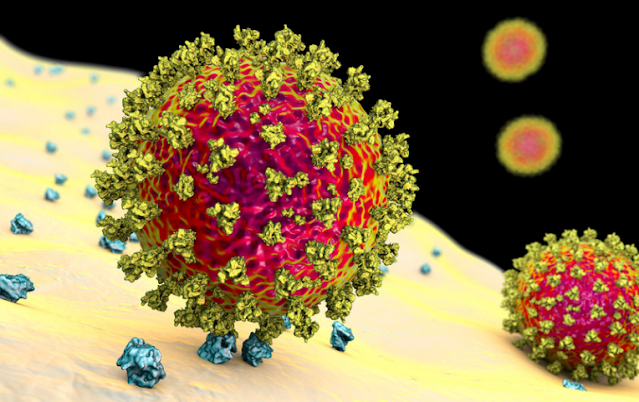 They just had three cases of the same variant in Auckland, with a population seven times larger than the St. John’s metropolitan area, and went immediately into an immediate 3 day lockdown. They acted quickly and we dithered. The result is they have had only 3 additional cases in the community and we have had over 300. They have determined that there is no community spread because they test their wastewater. A number of jurisdictions in Canada do that but not us, of course.

And we may well lose the capacity to do contract tracing as the number of cases increase, if that isn’t already the case, and our testing capacity has been overwhelmed. Then there is the knockdown effect on elective surgeries and routine blood work. And of course we have the hundreds of families who have had to endure a two week self isolation and the stress of waiting for a test result.

When Does Granny (and Grandpa) get the Vaccine?

In Australia, where a few cases in a hotel in Melbourne was responded to by a snap 5 day lockdown, with only a few cases yesterday, which has allowed the reopening of the Australian Open to limited live attendance. There are only 43 active cases in all of Australia. They have had quarantine hotels where all travelers have to go on arrival for months. It is only now that Canada has introduced such a measure.

Australia is federal state like Canada but they have been far more successful in controlling the spread of the virus than we have been, with the exception of NS and PEI.

We have failed to take advantage of our geography and are paying the price.

What was a public health success may well become a public health disaster, particularly if it gets into personal care homes and long term care facilities, whose residents haven’t been vaccinated yet.

We have been blamed for “complacency” but we have dutifully followed the public health lead. It’s the direct result of the decisions to open up the hospitality industry and competitive sports which have caused this, not our complacency. And it had to come here through travel so it represents a failure of our travel restrictions.

Because of my age I’ve not taken advantage of any those opportunities but because others have, with public health approval, I’m now placed at much higher risk for getting a much more contagious and deadly variant and I’m not happy about it.

And then we had as a result, an unnecessary and drawn out farce about our how our election would take place, an election which I have pointed out in an earlier blog was unnecessary and  designed to take place before the interim report by Dame Moya Greene, due at the end of February.

The Chief Electoral Officer has taken the brunt of the criticism for the confusion over the running of the election but I have a lot of sympathy for him and I think the blame lies elsewhere.

He knew that he didn’t have the legal authority to have an election with two polling days. The Elections Act requires the election to be held on the same day with the exception of individual polls where for weather or other reasons it has to be delayed on a day to day basis. How do we know that he knew he didn’t have the legal authority? It’s in his initial statements.

Public health said that they could not change the election date based on legal advice and that is correct.

But as we have now seen, it is the interplay between public health measures and the election that is the key. Public Health can’t directly change the election date or how an election is conducted but it can indirectly cause that to happen.

We know that because once we went to level 5, gatherings of more than 5 people were prohibited, which meant that the use of polling stations was prohibited and the Chief Electoral Officer had to move to special ballots and vote by mail. One decision led inexorably to the other.

All this confusion was caused by two factors, the delay in going to level 5, and the failure of senior public officials to exercise leadership. Instead we saw an unseemly public passing of the buck from one public official to another. We needed to have public health officials and Election NL jointly address the problem rather then having dueling press conferences and media releases.

The Chief Electoral Officer did what he did because he had no choice. His poll workers refused to work and public health refused to act in a timely fashion. His reputation has suffered a serious blow and it is unfair to him.

He ought not to have being placed in the position where he was forced to organize an election in the dead of winter and in the middle of a global pandemic. It is true that under the current law the Premier was required to hold an election by August, but that law could have been changed by the House of Assembly, and in any event August is not February. Even with the roll out of the vaccine at Canada’s snail’s pace most of us should have been vaccinated by the summer.

Everyone in my age cohort in the UK either has had the vaccine or been offered it, which is why the UK variant poses less of a risk there than it does here, because people at the highest risk are protected there. We have the oldest population in Canada with most of us having another risk factor, which makes the appearance of the variant very dangerous here. And there is no sign of the vaccine, and in the case of Newfoundland, only those over 85 are given priority, contrary to federal guidelines. Four other provinces are giving priority to those over 70.

There is a constitutional convention that during an election the politicians who are the government not use their office for political advantage. That has certainly gone by the wayside.

Everyday we see the Premier and Minister of Health participate improperly in the briefings and I suspect that will continue during the extended election campaign. The reason they are doing so is to take advantage of their profession and subtlety ask us who they would prefer to be heading up the government during a public health crisis, a lawyer, economist or medical doctors! And, of course they want to be seen with the Chief Medical Officer of Health, who is by a large margin the most popular person in the province at present.

In addition, the Minister of Education has held a joint press conference with the CEO of the English School District to announce various initiatives for online education, which the CEO could have and should have announced himself.

All to keep in the public eye during this extended election period.

It is unlikely that the recent extensions to the special ballot process will be the last one, because the job of supplying special ballots to tens of thousands of voters is a complex administrative task at a time when very few people want to put themselves in a position where they might be exposed to the virus.  More importantly, many voters will require help to navigate the online application process to get a special ballot. Adverse weather conditions may well effect mail delivery.

It is likely that voter turnout will be adversely effected and if it is below 50% the legitimacy of the election result may well be called into question.

The only way that litigation can be avoided is to have in person voting, so the finalization of the election should be delayed until that is possible.

But on the bright side my wish to have the Greene Report released prior to the election may well be accomplished and we can the cast our vote in a far more informed manner.

If the Government fails to immediately release the report at the end of the month it will make a travesty of an already deeply flawed election.

My advice, wait until you see the report before sending your special ballot in.