First, we should extend congratulations to Premier Furey on his election victory and wish his new Administration every success. It remains to be seen if he is ready for the challenge that awaits. This is a matter to which we will return.

Opposition leader Ches Crosbie and NDP leader Alison Coffin, both having lost their Seats, deserve our appreciation for the important work of Opposition, too. It is the end of the road for Mr. Crosbie’s undistinguished political career. As to Ms. Coffin, the loss of a “core” NDP Seat must hurt. Other pundits may wish to analyse why the “rubber booters” voted heavily Liberal this time, but the Party might also want to reflect on their relevancy in a Province with three left-wing Parties, a situation — for the other two — born less out of ideology than opportunism.

From this perspective, it isn’t so much that Furey won more Seats than either Ches or Alison. In the end, it was “hope” that prevailed. Having failed to offer a “hundred days of decision”, the electorate were content with another four years of dither, not that Crosbie had a different agenda.

That means, for now, NAPE, CUPE and the NLTA can stop erecting the barricades, Mary Shortall can go back to Moya Greene’s Committee… and the rest of us can get ready for… sorry, I feel an urgent need to… yawn.

No one has enjoyed watching the electoral process descend into dysfunction. Gaps in legislation, poor judgment and awful communication by the Chief Electoral Officer have been manifest. A likely Court challenge will test whether he had the authority to extend the date of the whole Writ rather than just a few Polls. Some of the narrowly lost/won Seats will remain under threat, especially Coffin’s. Legality is one thing, but when I saw Bruce Chaulk delivering ballots personally, rather than directing a determined and inclusive voting operation, it had the colour of “Nalcor logistics”, without the waste of so much money. 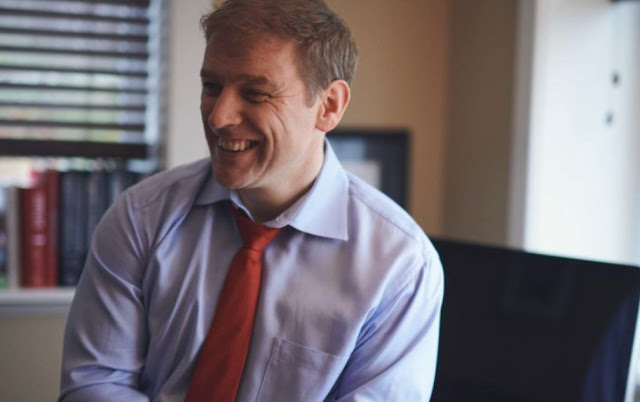 As to the Election: How significant is Premier Furey’s majority? Has anything really changed? The short answer is, no. The Seats do not add up in the way you might think.

The Liberals have earned a tenuous majority, even if 22 Seats to the Tory Opposition’s 13 seems numerically significant. As much as some may think otherwise, Furey has not won unfettered power to enforce painful fiscal change — not that that is his intention.

The math: After a Speaker is elected, the Liberals have 21 Seats against the combined Opposition’s 18 Seats. That is not a big margin when travel, illness — and political life — are considered.

Furey could have won a larger Caucus but, in addition to his predecessor’s decision to reduce the Legislature to forty Seats, he made several errors that significantly influenced the outcome.

One was that — like Ches Crosbie — he failed to attract enough new and capable recruits. When it comes to energy, ideas and smarts, his Administration remains in serious deficit.

Furey’s next mistake was his ignominious dismissal of Liberal stalwart, Perry Trimper, who suffers foot-in-mouth disease. Still, he had some of the skill-set that Furey needs; he is also a sincere and decent individual. His punishment did not befit his crime. Only an inexperienced Premier would have chosen to give him an undignified exit from the Liberal Party.

Furey also made no accommodation for the return of Bay of Islands MHA Eddie Joyce. The latter’s nemesis, Placentia-St. Mary’s MHA Sherry Gambin-Walsh, forfeited any claim on her Party’s loyalty having breached Cabinet confidentiality as a Minister. The urgent need for gender balance in politics does not excuse such a lapse of judgment.

Nor can Furey count on the third Independent, Mount Pearl-Southlands MHA Paul Lane. While he holds no grudge, as do Joyce and Trimper, he has no incentive except to remain a populist politician. Re-election is his reward, except if he “betrays” the voters by supporting fiscal restraint.

The NDP will never vote for fiscal repair. Responsibility is not a public expectation of them, anyway.

On this basis, the count in the House of Assembly is 21 to 18, no more, no less (for a while). The Sittings will be short; travel by Ministers and the backbench when the House is in Session is not an option.

Furey has other problems, too. Long-time former Deputy Minister of Health John Abbott surprised many with his defeat of NDP Leader Alison Coffin. As heavyweight bureaucrats go, Abbott has always gotten high marks. His leadership bid left no doubt as to his concern over matters fiscal. He can be an enormous help to Furey, but a thorn in his side if the Premier’s deficit reduction strategy is just rhetorical flourish. Abbott does not suffer fools; yet the Liberal Caucus has plenty of them. Furey may well make him Minister of Health — on which the fiscal axe must fall — except that 21 Seats does not provide a safe margin for short political careers.

Contrast Abbott with John Hogan, who took down Ches Crosbie in Windsor Lake. He is a strong Liberal partisan: a lawyer, young, bright, articulate, with aspirations. He is not about to skewer a nascent political career by talking up the perils of a careening debt wall.

Hogan has plenty of company to oppose John Abbott. Does anyone really see Gerry Byrne, John Haggie, Lucy Stoyles, Sarah Stoodley, Tom Osborne or Siobhan Coady, among others, staring down picketers protesting health care cuts? They would rather be stung with COVID-19!

Finally, Furey does not inspire “spine”, anyway, in a Caucus that has long eschewed its merit.

Only last week, we watched the Supreme Court of Canada whittle away provincial powers under the Constitution, having come to the conclusion that a “Carbon Tax” is the Holy Grail of climate change, as if no other “fix”, negotiated or otherwise, was possible. It is a Decision transparently offensive to the idea of a “confederal” state, except to citizens who believe Quebec and Ontario constitutes the whole Country or are, otherwise, content to be on their knees to the Centre. For that reason, all the smaller provinces ought to have wagged their fingers when the Federalist-leaning High Court decided to go flag waving.

When a Premier is so weak that even fundamental constitutional issues are ignored in the pursuit of political self-interests, it is hard to see how he will inspire the Gerry Byrnes and the Siobhan Coadys to connect deficit reduction with the larger issue of responsible government.

Even the mention of their names inspires nap time. From now on, it won’t be gentrification but politics — in the Dwight Ball tradition — that will cause… sorry, I’m failing fast… yawn, yawn, yawn… zzzzzzzzzzzzzzzz