Throughout the Nation’s Capital and beyond, the loud drumbeat of an impending General Election is heard. The pundits forecast that the new GG will be asked to dissolve Parliament around the end of August. That may leave as little as six weeks for PM Trudeau to stop dithering over “rate mitigation” and address the Muskrat Falls debacle.

Newfoundlanders are doing themselves no favours ignoring the fact that such an agreement remains outstanding.

The public are witnesses to Premier Ball’s failed attempt but have learned little from the experience.

Ball’s good intentions are echoed by Premier Andrew Furey who seems content if a deal is done by November though he has no proof such an outcome is assured.

By then, Ottawa will have forgotten – again - that this place exists.

Some reminding, therefore, is required.

The operating revenue requirement for financing, Operations and Management was budgeted at around $840 million when when Muskrat was a $7.4 billion project. Fully allocated, the revenue requirement based upon $13.1 billion is a lot higher – in the range of $1.4 billion annually if NL’s $5 billion equity was properly accounted for. Using even the lower figure, without rate mitigation, and ratepayers will entertain 23 cent/KWh power.

Though there is now some recognition that the Holyrood Thermal Plant is needed, no source of makeup revenue has been identified. Declining domestic demand adds to the burden of this huge “national” problem. In addition, no accounting has been undertaken to assess the cost of continuing failures in relation to the synchronous condensers, deficient bespoke software, structural issues on the LIL or the, as yet, largely untested power plant. 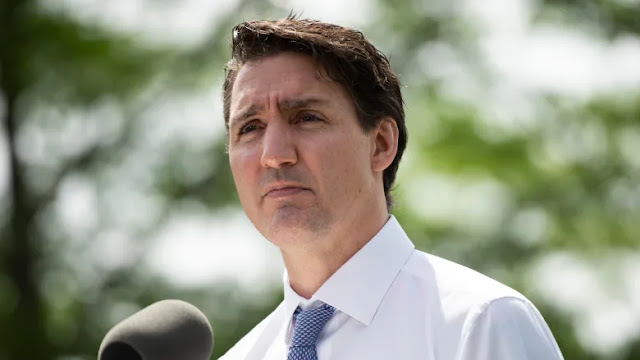 PlanetNL explained in a recent Post that, on an economic basis, the Muskrat Falls project is effectively a “write-off”.  GNL, Emera and the Feds need to come to terms with this reality and move on. But so far, all we have seen is footsie with the Feds.

The public are not going to be happy with the consequences when Premier Furey wakes up after the Federal Election to find out he's been had.

Premier Ball and Finance Minister Chrystia Freeland met in March 2018 and set a target date to conclude negotiations at the end of January, 2020. Ball also addressed rate mitigation with PM Trudeau when the two met in Ottawa on April 10, 2018.

No deal was done.

A campaign stop in NL - September 2019 - PM Trudeau used the opportunity to talk up rate mitigation, leaving the clear understanding that a deal was forthcoming from Ottawa.

The Federal Liberals helped Furey through his Provincial Election Campaign, “deferring” a payment of $844 million last December, $780 million of which was due by the end of that month.

Premier Furey and the PM restarted talks saying, according to VOCM News, that he was working on a “drop-dead deadline…if we don’t have a deal by November (2021) the $600-million for rate mitigation will kick in.” That was September, 2020.

Furey said he expected a deal signed in the spring of 2021.

That deadline has come and gone, too.

More than three years have passed and still there is no sign that the Feds want any part of a rate mitigation plan.

Meanwhile, the NL public enjoys a childlike faith that Trudeau will come through.

THE HARD TRUTH ABOUT THE VALUE OF THE MUSKRAT FALLS PROJECT

Premiers Ball and Furey have been incredibly naïve, especially having failed to inform either Newfoundlanders or the Canadian public of the Harper’s Government’s complicity in the sanction of Muskrat having, among other things, played the blind game with Nalcor’s contrived estimates.

Read any national newspaper column on the subject, and you would swear that the Feds were “lily-white” in the Muskrat fiasco. That’s a big mistake especially when the Harper Government was complicit in so many ways. When no one knows about it, it means that your political leadership is pretty damn slack.

The worry that presents, again, is that Premier Furey will return the favour the Trudeau Liberals did him by not making rate mitigation an Federal Election issue, leaving it dormant until it is too late for the applied pressure of politics.

The public can’t trust the Tory Opposition to raise the issue. Having (largely) caused the problem, they only want it to go away.

Ecept for Shamus, the MPs that you sent to Ottawa have not been heard from since the last Federal Election. None, including Shamus, are “big issue” politicians anyway.

If you don’t want the problem landing in your wallet, you had better communicate your quid pro quo to Premier Furey and to PM Justin directly. Yes, those 7 NL Seats – 6 Liberal – look pretty good to a PM who wants a majority government badly, finding slim pickings among switch Seats elsewhere.

If you aren’t prepared to turn Facebook Page to a better use than sending Birthday Greetings - telling PM Justin that rate mitigation has to be settled before the Election, not after – I hope you got really big wallets.