The current crisis over methylmercury levels threatening Lake Melville, after flooding at the Muskrat Falls reservoir, cannot be viewed in isolation from the other issues that plague the project - especially its frightening (and growing) price tag.

This is a renewed call for Premier Ball to put the project on “ice” at least for this winter.
The interregnum will afford a full review of the methylmercury issue and give the public an opportunity (one they should demand) to examine its economic consequences for them, as ratepayers.

Additional clear cutting and soil removal in the reservoir area can only add to an already over-burdensome cost. The Government’s way of dealing with the environmental issues seems at best incremental. The public can have no confidence the Province can afford to have this project completed. 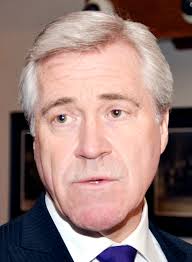 Nalcor’s handling of the methylmercury issue and other concerns are emblematic of a Corporation ill-suited to build a megaproject. Consider the issues described in a Paper entitled “The Disconnect Between EA & Implementation: A Look at the Methylmercury Issue in the Lower Churchill Project” by Meinhard Doelle, Director of the Marine & Environmental Law Institute at Dalhousie University (November 20, 2015).

The Paper constitutes solid evidence of why Nalcor and the Provincial Government have such a mess on their hands at Muskrat Falls. "EA" stands for “environmental assessment”. Doelle was one of the five EA Panel Members.

The author points out that for as long as environmental assessments have been carried out there has existed a “demand for better follow-up, monitoring, adaptive management, quality control, and better integration of EA into regulatory processes.” He refers to “academic research by Schartup et al. (2015) (which) sheds new light on the fate of methylmercury in Lake Melville” noting that the “study found that rivers are a major source of mercury to Lake Melville and make up more than 85% of total inputs.”

With regard to the EA on the Lower Churchill, Doelle states: “some of the panel’s recommendations on methylmercury were rejected, and it seems that others that were accepted have not been effectively implemented to date.”

Says Doelle: “One of the purposes of any follow-up and monitoring program is to identify whether predictions made during the EA turn out to be accurate, and to ensure an adequate response to such prediction errors. It seems clear from the 2015 Schartup Study that the predictions made by Nalcor with respect to methylmercury have now been shown to be inaccurate. What is troubling is that there does not appear to be a mechanism in place to ensure an effective adaptive management response that considers what can be done at this stage of the project to address the risk of methylmercury contamination in Lake Melville. If this impression is accurate, this is a serious flaw in the follow-up and monitoring approach that needs to be addressed….”

Nalcor assumed it could ignore the Schartup Study in 2015, ignore the recommendations of the EA Panel, and ignore scientists like Doelle. It hoped it would be able to ignore the Harvard University Study, too, which demonstrated scientific evidence that methylmercury levels would have a “sharp increase” after reservoir flooding – in Lake Melville by as much as 380% - if only partial clearing of the trees and soils occur. Back in April Nalcor V-P Gilbert Bennett touted the Company’s nationally recognized experts to refute the Harvard research.  Nalcor hoped that passivity on the Island to the project’s economic consequences would receive the same gesture of nonchalance, in Labrador, on environmental issues, too. Nalcor has run out of luck.

Whether contrived project estimates, contrived electrical demand forecasts, contrived oversight practices, the unwillingness to allow an independent panel to review the “quick clay” instability problem at the North Spur, or the assembly of a project management team that debases the term “international experts”, the inability of Nalcor to assuage the concerns of local indigenous people with good science is just one more example of a project that claims credibility only if no one objects or asks contentious questions.

While the Liberals inherited the project from the Tories, they have chosen to carry on the same practices of obfuscation, flat-footedness, and stone-walling practiced by their predecessors.

Environment Minister Perry Trimper, who just happens to be the MHA for Lake Melville, shares this responsibility. Trimper, a scientist having a long association with the Muskrat Falls project, understands the importance of sustained research to comply with the EA process.  Trimper knows, or ought to know, his statutory duties as Minister of Environment set him apart from other Cabinet colleagues.

But Perry Trimper has been as flat-footed as the Premier and as docile as Minister of Natural Resources. He, like his predecessor, is content that the Government, having given Nalcor a mandate to construct Muskrat Falls, should be guided by its values and its failed management style.

It seems Trimper never quite understood that he has an obligation to be guided not by Nalcor but by the principles of independence his environmental enforcement role commands.

One might reasonably expect that after a full year as Minister his Department would be able to confirm that the EA Panel’s recommendations and Nalcor’s commitments are being followed up with solid research and analysis. It was his duty to require enforcement especially where his Tory predecessor had failed.

The public is paying again for Nalcor’s insouciance, its lack of professionalism, and for Ball’s, Trimper’s, and Coady’s naivety and foolhardiness.

Only a fool would argue a claim to “green” power includes an entitlement to pollute lakes and rivers, especially one as large as Lake Melville.

Equally, no project gets an open tab on the public purse. A $11.4 billion figure has been assigned to a project barely half finished. The cost plus contract arrangement given Astaldi, or whether its multi-million dollar claims against Nalcor have been settled are matters kept away from public view. There are no project updates – even Reports of the Independent Engineer are kept under cover, in spite of demands from David Vardy to have them released under ATIPPA. Should we not conclude more bad news awaits an uneasy electorate?

What is the price of disclosure, anyway, even for a Government that promised to open the books” on Muskrat Falls?

It is one thing for Trimper and co. to propose more wood cutting within the reservoir area but it is far from certain whether this undefined – even  opaque - proposal will have any net effect on the amount of methylmercury produced, if it will satisfy protesters demands, or how much it will add to current project costs.

The public should not permit this Government to commit to further expenditures without the certainty of an end game.

In short, it is time for a full accounting of Muskrat Falls. We need to know - before more funds are committed - if the Province can afford to complete this misguided scheme, or if it is the Government’s intention to blunder ahead until the Bond market stops lending us money.

That levels of methylmercury are far greater than Nalcor admitted to the Environmental Review Panel, and that the Corporation has failed to diligently comply with their recommendations, is now added to a multiplicity of other blunders.

Any right-minded person would demand that this project be stopped until its continued feasibility is investigated and exposed in open forum. Again, the public faces the reality its energy agency is unable to handle a single crisis involving questions of diligence and competency.

I suggest that the Government put this project “on ice” for the winter. The truth about Muskrat’s environmental and economic feasibility will have to come out sometime. This should happen before the project breaks the Treasury.

Why not right now?