THE WAY FORWARD: WHO REALLY HAS THE “OUTCOMES PROBLEM”?


On Tuesday, Hurricane Matthew washed Premier Ball’s “Hour of Indecision” (Part II) off the airwaves. The public need not worry. “The Way Forward”, as Dwight Ball perceives it, is a compass without a needle.  The province is mired in indecision.

We should hope that the Government’s response to those suffering damages from Matthew will find a speedier response we have to our fiscal storm.

Notwithstanding its seriousness, nor to diminish the personal tragedies left in the Hurricane’s wake, it is becoming easier to sympathize with the media over their excitement about a weather day.

Put yourself in Debbie Cooper’s shoes. Imagine being forced to fill ten minutes of air time based upon Premier Ball’s goal of reducing a measly 14,000 square feet of office space.

Or, think of the “Coop”, as Jonathan often refers to his anchor side-kick,  announcing with the joyfulness of a reader at the Chinese State Broadcasting Corp., Dear Leader’s second big idea - (drum roll needed here) – to increase the farming economy in Newfoundland! That should drive our GDP!

Squall watcher, Ryan Snodden, will never have to worry about being forced off the air by anything weightier than a power failure.

“The Way Forward” is another (poor) PR exercise designed to keep people talking while important decisions are deferred. “Building the Budget from the ground up”, reducing Boards and Commissions, even a Premier’s Task Force on Education – all have a worthy place in a continuous program of reform and re-alignment – but they have neither immediacy or scale. 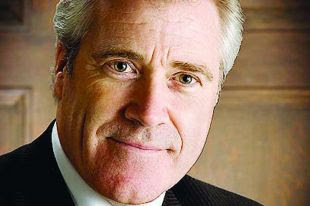 Doubling the sums tourists spend or retaining 1600 immigrants a year in an economy shedding jobs, are also admirable objectives – even if the numbers are a tad optimistic. But how can one not feel that Ball and co. are giving the good ship
Newfoundland and Labrador a coat of paint when the a badly leaking hull is what needs attention.

When the province is faced with more than a $2 billion deficit on $8 billion of spending, with the Bond market breathing down our necks, and the economy about to be shaken to its very roots because so much disposable income will be applied just to keeping the lights on, you know that “Status of the Artist” legislation does not quite have a ring of urgency.

It is tough to understand how Ball thinks he can skirt this overriding issue by regurgitating a series of policy initiatives that should amount normal chatter among politicians and public servants.

This Government has been in power almost a full year. It is promises to act on the recommendations of an All-Party Committee studying mental health issues which is fine- had he prepared for leadership – he might have been able to update his audience on actual initiatives that distinguished his first year in Office. But, no - none are required when there is the opportunity for more study.

How can anyone take the Premier seriously?

“The Way Forward” is all about politics – not about economic or fiscal rescue.  But Liberal partisans shouldn’t get too excited. This group don’t do politics with precision.  They only do amateur hour well.

Think about it. What politician – other than Dwight Ball - would get up in a public forum – billed as a major Government initiative - and declare that Newfoundland and Labrador has an outcomes problem?

Not just me - hardly a single soul from St. Mary’s Bay to Cape Chidley has a sweet clue what an “outcomes problem” actually is. And, if I did, it would never be used in a script for the Premier to recite as the most urgent challenge facing the Province today.

I’ll make one bet. There is only one place such genius could have been borne. And it’s not the Department of Finance – not even the lowliest bean counter in that citadel of debt would deliver such tripe. You can’t saddle Cathy Bennett with that line. Even MacDonald’s places limits on opacity.

The originator of “Newfoundland and Labrador has an outcomes problem” could only have been the Office of Public Engagement! Only someone with not a clue how to speak with people, how to engage or inform them would have inscribed those words in Power Point. I’m putting my money on Siobhan Coady.

I’m also betting it’s the reason Paul Davis is stepping down. He’s completely befuddled by the new Liberal vocabulary. Paul is not up to this. And who could blame him! He would need, not just the one he has now, but a few more overpaid former Chiefs of Police on his staff, to decipher gobbledygook like that!

Premier Ball, at one point did say, the Province has a spending problem.

He should have stuck with that conclusion – because it’s true. He should also have outlined how he planned to fix it. “The Way Forward” ought to have been an expose of decision-making skills which eluded him upon taking Office. It was a chance for the Premier to demonstrate how much, over the past year, he has come along as a politician.

Instead, he did his usual.

The Premier stood up and said we have a big problem and I’m not going to do anything about it.

“The Way Forward: has served only to remind us Premier Dwight Ball is the one with the “outcomes problem". Meanwhile the one that threatens us all remains unattended.
Posted by Des Sullivan at Thursday, October 13, 2016