MUSKRAT'S INCREASING COSTS: STAN MARSHALL SHOULD STEP OUT INTO THE LIGHT

It seems the aboriginal people of Labrador will finally have their issues aired — as they should. Still, any deal will represent more cost overruns. Someone needs to ask: how much more is too much? When is it time to say that enough is enough?

The Government has stated it is too late to cancel the project — though it has provided no evidence for this position. Meanwhile, the public has no idea how this nightmare will end. Nor have they been promised the kind of disclosure expected after public officials have so badly screwed up.

Labrador’s “Manifesto”, which includes demands regarding methylmercury contamination and the North Spur, needs to be taken seriously. Yet the cost of continuing should be evaluated, given that major additional costs will be laden onto an already far too expensive project.

Island ratepayers need to get their minds around that question. They need to address other key issues to the Premier, too — such as oversight. Perhaps the new Consumer Advocate, Dennis Browne, can help give formality to this process. The Premier should ask him to engage with "naysayers", Browne having been one of them. 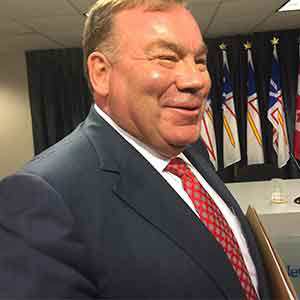 Right now, context is important. We should examine why we are in this awful position and whether we should be content to let the Government stumble its way into oblivion.

To set the stage for a later discussion about a wider "Manifesto", I want to provide some context for that conversation.

Beneath the anger directed at Nalcor and the Provincial Government over the Muskrat Falls project lies the breakdown of an essential trust relationship with the public. In addition, the current crisis seems dysfunctional because, up to the level of the Premier, there is no public official able to step in and claim a moral high ground that normally accompanies the resolution of such major disputes.

Nalcor had poisoned the well of public trust from an early date. Admittedly, the public was on-side with its mandate to build the Muskrat Falls project. But, as in all relations between citizen and state where an act of faith is demanded on an issue which is technically and financially complex, the state rides entirely on that trust. In so doing, the authorities leave no room for forgiveness if their claims are a bust.

Nalcor could have earned some wiggle room. But doing so would have required open engagement of the public and a demonstration that it was taking pains to justify key decisions leading to project sanction and afterwards through transparent reporting and rigorous independent oversight.

The Government earned no trust either. The Tories essentially handed Nalcor a mandate to build the project, assuring the Crown Corporation “hands-off” and not even conditional oversight. Before receiving a golden handshake, Ed Marin went so far as to demand that the Government stop interfering — so vexed was he over a few measly Budget Speech comments by the Finance Minister about excessive and overpaid management. The Government had set up the perfect environment for arrogance and abuse of the public trust by its own Crown Corporation.

It was from the same pedestal that Nalcor felt impervious to the small “naysayer” community seeking full transparency of Muskrat. The PUB was pilloried for its refusal to get “on board”. The climb in projected costs to $11.4 billion and Nalcor’s confirmation of 21.4 cent power to ratepayers were just bumps along the way, for which Nalcor offered neither explanation, promise of change, nor contrition. But, much earlier, deceit as to the cost structure of major contracts, deep-seated management and quality assurance problems, the question of North Spur stability, and concern about methylmercury could not elicit proof of sound practices from a group convinced of its own superiority.

The Government had no appetite to understand or even intelligently discuss a project which Nalcor and SNC Lavalin had contrived to make as opaque as possible.

A fake Oversight Committee, and a Natural Resources Department which (as frequently noted) was a mere courier service to Cabinet for Nalcor, were Government’s connections to a Corporation with its hands firmly in the public’s pocket.

Even the Department of Environment, which had regulatory obligations and the responsibility to ensure that Nalcor followed through on its own undertakings and those proposed by the Lower Churchill Environmental Panel, found no appetite for challenging the supreme authority of Ed Martin and Gilbert Bennett. A compliant Nalcor Board of Directors was never a concern for them either.

As for the aboriginal peoples — why would an arrogant Nalcor think that 150 of them held the capacity to bring the project to a halt? 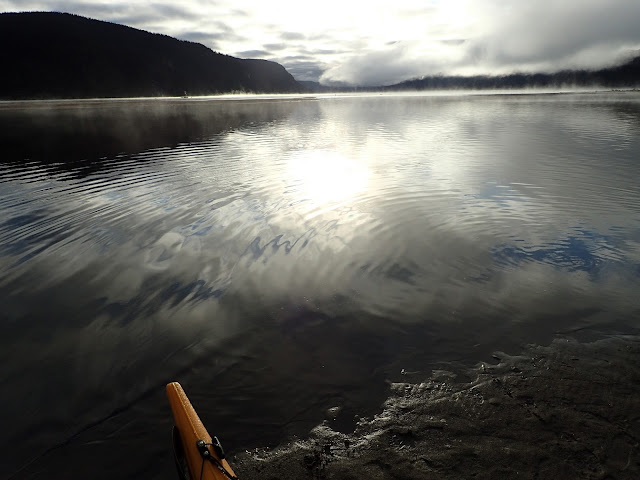 When Ed Martin was finally ushered out with an unwarranted severance package, and Stan Marshall replaced him amidst high expectations, nothing else of a transparent nature occurred — except for Marshall’s confirmation, as if it were needed, that Muskrat is a “boondoggle”.

Not even the election of the Liberals could break the logjam of secrecy around the project. Indeed, under Ball’s Liberals, even Reports of the Independent Engineer, established to report to the Federal Government, became unavailable. The word “oversight” had never seriously entered the Liberals’ lexicon.

Even the Liberty Group’s assessment that Muskrat power will be so insecure that we will need the Holyrood Generating assets in addition, prompted not a whimper from Nalcor. (Ready for publication soon is a review of the Liberty Report Phase II by retired engineer Phil Helwig.)

It is in this context, Nalcor VP Gilbert Bennett having already downplayed the importance of the methylmercury issue (in spite of an otherwise irrefutable Harvard Study giving it appropriate alarm), that the aboriginal peoples began their protest — one that culminated with the Premier’s decision to curtail operations at the Muskrat Falls site.

On what basis does Premier Ball now enter negotiations with them? Where is the trust that enables him to extend a credible hand?

By sending out Gil Bennett? Or Stan Marshall — not heard from except for a day or so following his appointment, and having made no change to the way Nalcor does business? Siobhan Coady or Perry Trimper — neophytes — each having proven that they are unprepared for big responsibilities?

It has taken a lot of arrogance and incompetence to reach this point. The aboriginal peoples have proven that activism is the only recourse against massive political dysfunction.

On the other hand Islanders, for whom Muskrat is being constructed and who will be required to pay almost all the cost, still have no mechanism to have their concerns adjudicated.

That has to change. Likely, whatever is done now, the project will be a millstone for generations.

Still, for our collective economic survival, we should not let the Ball Government make decisions piecemeal. We must not let the Premier spend any sum to get Muskrat done.

We need to expand on the aboriginal peoples' “Manifesto” to be sure. But first, Stan Marshall should come out into the light and provide a full accounting of this project, so that the public — not he and not Dwight Ball — can decide if the investment is still worth it.