RETURN OF THE 'JOEY MAN'

“He’s just a Joey Man” my mother once said to me as if to offer protection from verbal assault by one much older.

The lecture to which I was subjected was a vigorous oration delivered by a particular ‘worthy’ in defense of the Only Living Father, as J.R. Smallwood liked to be called. Evidently, I had the temerity to speak ill of the great helmsman.

A “Joey Man” I enquired of her? What’s that? “Oh”, she replied, “you’ll see lots of them. Their minds are taken over by Smallwood; a single criticism and they’ll tear you apart as if you were a traitor.  My”, she declared, “they get so emotional, if you say anything against their man. Don’t expect them to use any reason”, she added gently; “facts are not their strength...any criticism is disloyal; best to ignore them until they go away” was her final word on the subject.”

In later years, I discovered that such people come from all strata and are not limited by education, social or financial advantage.   Even some members of the media have earned such a reputation.

I have met enough “Joey Men” to conclude: when they invoke “the man”, they buy into all his policies, too. The corollary is: we love ‘them’ because we love ‘him’.

The word “just” in my Mother’s use of the metaphor was an important adjunct.  She prefaced the phrase not merely to ‘describe’ but to ‘measure’.  To be a 'Joey Man' was nothing to be proud of; to be “just” a Joey Man was someone pretty small.

The term went out of favour as the Smallwood era grew distant.  Later Premiers seemed more accommodating of criticism; less inclined to demonize, to demand slavish loyalty or to inspire cronyism.

Danny Williams’ behaviour can be credited with having rekindled its utility; the methodology remained the same: discredit the person and you’ll have diminished his opinion.  The 'Joey Man' had returned with gusto.

Not unlike Smallwood, Williams was a polarizing figure.  His ‘either you are with me or you are against me’ style of invective implied the artful twist of moral treachery.  But, then, ironically it was a Tory, Samuel Johnson, who pronounced “patriotism is the last refuge of a scoundrel”.

A crony of Danny’s was former Minister Jerome Kennedy.  As Minister responsible for Muskrat, he exhibited the pedigree of a ‘cracky’, as he gestured, barked and pilloried critics at their every objection to the Government’s handling of the issue. David Vardy was one in his sights.  He was quick to remind Kennedy what such pillorying implied.  Writing in the Western Star, Vardy said: “I think Muskrat Falls is too important to be sidetracked on personalities…the Minister’s case is so weak he has to bring personalities into it”.

This riposte to Jerome made him fume; he called it “offense” which meant Vardy’s scud missile had hit the target. Such ad hominem attacks became Kennedy’s trademark, as it did others including Dunderdale. They could not challenge the logic of concerned citizens so, as Vardy says, “they chose to attack the character, integrity, motives, the credentials, patriotism and the loyalty of critics.” He might have said simply: they became ‘Joey Men’.

Now it chanced, recently, that I was on the wharf in Valleyfield. Imagine that someone would have recognized ‘that feller who writes the Uncle Gnarley Blog’!

Having sauntered off to “Skippers” for some fish ‘n chips, no sooner had I returned than a middle aged gentleman was waiting for me on the wharf. “Is you the feller against Muskrat Falls, he asked? I heard you wuz here, he declared. Now my son”, he started in on me, “you won’t find anyone smarter that that Danny Williams. He thinks Muskrat is a good thing and that’s good enough for me. You shouldn’t be bad mouthin’ him, you and that Cabot Martin…all he wants to do is make a fortune off his new book, anyway. Sure the two of you is just draggin’ down the Province”.

I tried to get a little lick in as his thermostat headed for bust.

I said, what about if the thing costs $12 or 15 billion, as I expect. “Don’t matter what it costs”, he barked, “Danny Williams knew what he was doin’. You fellers are just naysayers, that’s all”.

I countered irreverently: so you’re a Joey Man? “Yes, Sir” he replied, “I am and Mr. Smallwood was a wonderful man too; just like Danny Williams.”

Getting back into ‘Town’ I spent the first hour or so scanning the “old” Telegrams for hard news and the opinion pieces I might have missed while away.

The weekend edition contained a piece by Tony Collins entitled Muskrat Is A Go - Get Over It.  I read this passage:

In the past, some of the accusations levelled against the Muskrat Falls project by its critics seem to have crossed the line between constructive criticism and what, in effect, amounts to outright treason. (emphasis added)

It was fine while Danny Williams was still around. Newfoundlanders prefer their idols with very visible feet of clay and if they can’t find any, their frustration levels go right through the ceiling. The higher our former premier’s popularity ratings the higher their blood pressure, the more intense their pathological hatred of the man, the greater their ire and indignation, and the more hysterical the general tone of their public pronouncements.
Of course, pillory the critics with invective; attack their motives, discredit them.

As I got to the end, I knew there would be no facts or figures, no thought to the project barely begun and already over budget by 85%, no consideration of the Water Management Agreement now at the mercy of the Quebec Courts, no discussion of the North Spur stability problem, no reference to demand issues especially the consequences of ‘rate shock’, nor of the deals with Emera in order to obtain the Federal Loan Guarantee, nothing about ‘oversight’, and not a word of the secrecy within which it was all hatched.

Calling the critics “self-serving, self-appointed and self-involved”, Collins had fallen into the same trap as Kennedy; no different than the guy on the wharf in Valleyfield: eyes blazing, arms waving, threatening treason, not an argument in his head.

I thought of my dear Mother and her reassuring counsel. 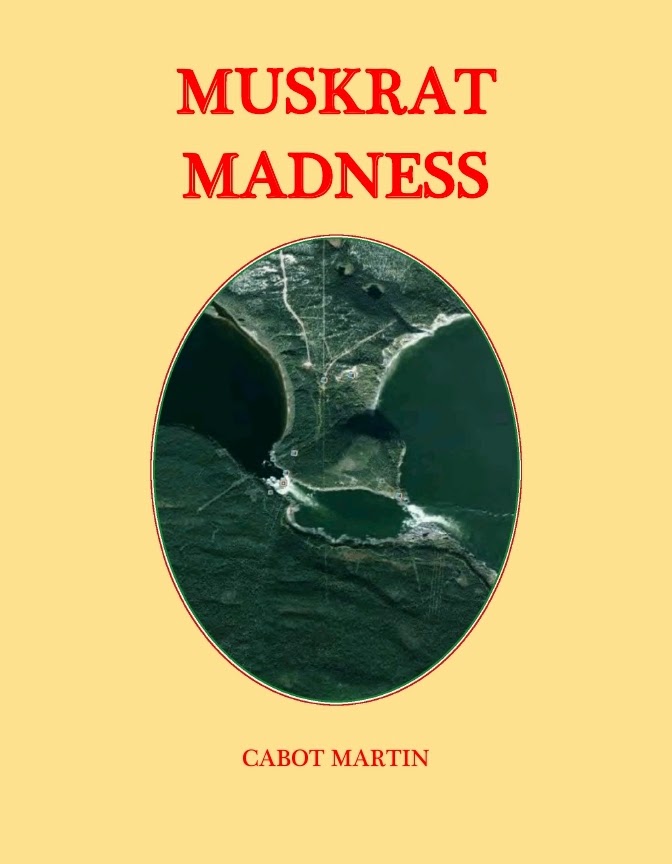 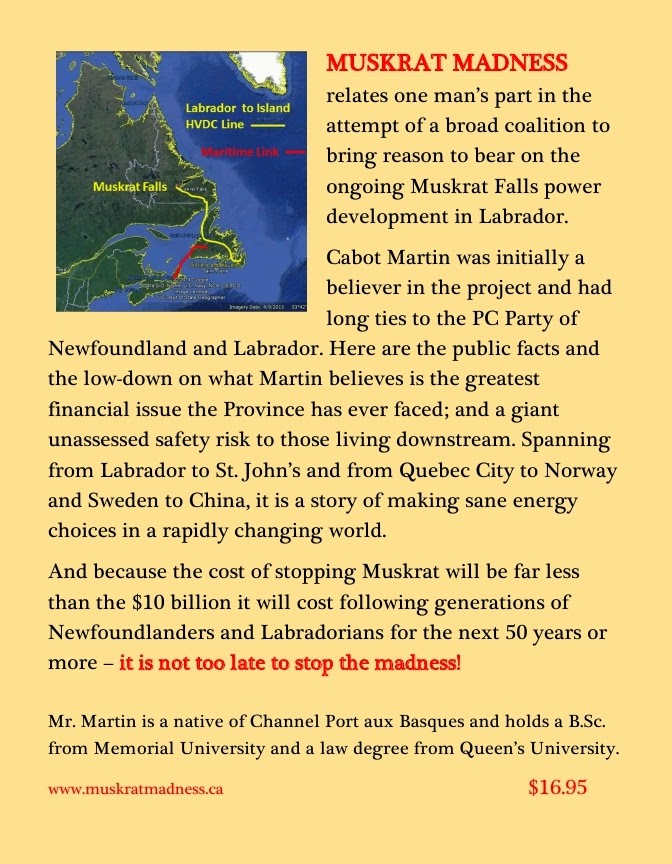