Serendipity is a condition understood to be a "fortunate happenstance"; a "pleasant surprise".  In the context of the Tory Leadership Race that means the likelihood the Province will get a suitable Premier, from one of the three contenders, depends essentially on dumb luck.

Horace Walpole, an English politician and man of Letters who coined the word ‘serendipity’, in 1754, used it to explain an unexpected discovery by referencing a Persian fairy tale ‘The Three Princes of Serendip’. The Princes, he noted, were “always making discoveries, by accidents and sagacity, of things which they were not in quest of”.

The requirement of a second leadership process is serendipitous by any measure.  Given the weak line-up of new contenders, sensible decisions from the winner might be an unwarranted expectation.

There was a time when one thought serious candidates for high office possessed ‘extraordinary’ talents rather just those of the ’ordinary’ kind.  Serendipitous hope seems an odd substitute for a more certain skill set.

The role of First Minister is an important and difficult job; minimally it requires solid life experience, a non-conflicted focus and strength of character.

The Premier is expected to constantly weigh competing interests against the greater public interest; that is, of course, except for leaders of the last decade.  They were an exclusive group who chose to spend every cent of revenue and then some, assume unwarranted debt, delay critical decisions such as the public sector pension plan, permit Nalcor to run roughshod, say “no” to virtually no one, and in so doing, imperil the public treasury.

Democracy is certainly less about exacting proof of qualifications for leadership than it is about affording tolerance of those who attempt to please.

Some have suggested they constitute the “B” Team; by implication, the “A” Team possessed a superior combination of skill, experience and intellectual capacity.

The mere suggestion, on its face, seems mean-spirited. But in a world in which political correctness deplores plain speak, just possibly critics are broadcasting caution to dispirited and beleaguered voters.

Deference has never been an inhibiting feature of this Blog.  For that reason, we might bluntly ask: is the eighth floor about to be occupied by an underachiever, notwithstanding the serendipitous possibility mentioned?

With whom is the comparison being made, anyway?

Is it against those who have served in recent years: Williams, Dunderdale and the incumbent Tom Marshall; one vaunted, the other vilified, and the third vacuous? Or, are they being judged against the group that entered the first contest, especially the two scions of business, the two that ran away?

Any benchmark that suggests there was an “A” Team is dubious, though perhaps expectations of ‘extraordinary’, even then, possessed a calculation of happenstance.
It is unrealistic, anyway, that a political process, especially one submerged by unwarranted meddling and self-interest could so quickly rebound.

Democracy has been handed a body blow to be sure; Williams’ promise to stay hands-off contains all the certainty of finding Rob Ford sober. 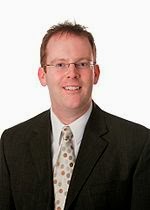 One is already a devotee of the ‘Twitteratti’.  In cahoots with Liberal Paul Lane, when both sat on the same side of the House, Steve Kent thought his personal mission to secure the wobbly ramparts of Kathy Dunderdale.  He enjoined the troops to win every VOCM and CBC Poll, of daily minutiae, that offered partisan threat. Through it all, he demonstrated one skill: the ability to discuss public policy in 140 characters or less.  People don't like toadies.

Kent has had a successful political career from a very young age, though little of it prepared him for high office. I suggest this is not an unreasonable observation; he has spent only 10 months as a Cabinet Minister having been overlooked by two Premiers for five years.  The word “star” does not come to mind.

Paul Davis is a 25 year Cop who entered the Royal Newfoundland Constabulary as a Constable.  When he left, he kept the same entry level rank with which he began. That’s not easy to achieve unless you lack skill and ambition; the road to the eighth floor demands something more.  Given his police background, he ought to have been offended by the antics of the Government he served, the vilification of critics and its penchant for suppressing oversight.  Isn't permitting Nalcor to spend more than $10 billion, without checking on how they are spending it, akin to taking all the Cops off the street!

John Ottenheimer is a lawyer, educator, former Cabinet Minister and a former Chairman of Newfoundland and Labrador Hydro.  The record might appear to give him claim to the top job but John moved on from politics. Except for his appointment as Chair of NL Hydro, he took to retirement choosing to play little role in either politics or the advancement of public policy.

More importantly, Ottenheimer’s tenure at Hydro occurred as Muskrat Falls found traction. His knowledge of the project presumably exceeded that of most others. He watched as Nalcor was permitted to bamboozle a compliant public.

There were obvious political risks in opposing his former chums; but if he was unable to prevent the worst boondoggle in the history of the Province, he might have at least sent warning.  He was not prepared to gamble with fortune; instead, he chose to play the 'game'. It was an opportunity missed and strong leaders don't make such mistakes.

Two months ago the three Candidates: Ottenheimer, Davis and Kent, all lacked the aspiration to the top job. What has changed?

Surely, they must have seen the corrosive effect of Williams’ ‘fix’ on his own Party.  If you can’t stare down a political bully, how do you plan to deal with Ed Martin!

Anyway, leadership contests are decidedly about change.  Which of the three is the agent of change? Who enjoys the virtues of one who can empathize with a jilted electorate, offer remedy for a soured relationship and give the Government sensible direction?

In that department, each candidate shares a single commonality, a belief that the current Government is responsible for the Province’s prosperity; not offshore oil.  They applaud what has been a dreadful record of administration.  Each proposes a desire to see more of the same.

There is little reason to be hopeful about this leadership contest.  Still, one of the three will fall into the Premier’s chair.

The optimist in me is counting on ‘serendipity’.
Posted by Des Sullivan at Thursday, July 10, 2014