SIOBHAN COADY: SO FAR, WE ARE NOT IMPRESSED

Natural Resources minister Siobhan Coady said she is very concerned about the continuing problems at the Holyrood generating plant.

The new Minister of Natural Resources is sounding a lot like the former Tory Minister, Derrick Dalley. And that’s not a tag synonymous with political success.

The Minister told the CBC  that “the Holyrood plant breaks down too often. I'm concerned that we have an aging asset, that we have an old furnace in our house." The CBC reported the Minister stating “the only solution is to find another way to generate electricity.”

The Minister would only be right if you agreed all the facts should be ignored. 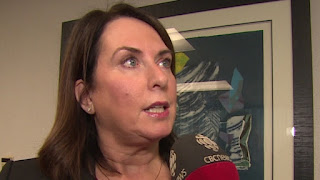 Obviously, she has not read the Liberty Reports which followed DARKNL; that’s the independent group of engineering experts the PUB has looking at the causes of the January 2014 ‘blackouts’ and the security of the province’s electrical supply.

While Siobhan Coady hasn’t read The Liberty Report, someone at the Telegram noted, last year, the Report does not describe a group of “world-class” experts. The Paper’s Editor concluded “there’s nothing world-class about this situation”, referring to the management of the province’s electrical system.

I noted on this Blog, in April 2014: “…Liberty was not assessing the Muskrat Falls project or the current level of cost overruns.  The Consultants were merely assessing Hydro’s machinery, its capability to conduct normal maintenance and management procedures, review its demand assumptions and generally evaluate its ability to keep the lights on, especially in winter.”

Liberty did not mince words. It cites failures in the “operation of key transmission equipment”, including a failure to replace transformers and maintain major circuit breakers.

Quoting again from the Report: “Liberty found that Hydro’s shortage of generation capacity was exacerbated by a failure to complete planned outage work needed to ensure the availability of its full range of generating facilities as the winter season began.”

The situation, it notes, “raises questions about Hydro’s operation” that it “did not complete recommended maintenance activities on the equipment that failed…”

Liberty said Hydro wasn’t even using the right models to forecast electricity demand.
It stated that Hydro relied, not on providing adequate generating capacity, but on ‘outages’ to take us through periods of high demand.

Said Liberty, “Hydro has planned its system to the same overall standard for many decades. This standard provides for lower reliability than what Liberty has observed in other regions of North America” (emphasis added).  It noted that Hydro’s plan is based upon “roughly twice” the frequency of supply related outages than found elsewhere. It found that Hydro “tended to allow decisions at the margin to favor more versus less risk”. (emphasis added)

Liberty found that a “continuing and unacceptably high risk of outages from such causes remains for the 2015-2017 winter seasons”.

In its Final Report, entitled Review of the Newfoundland and Labrador Hydro Voltage Collapse, dated March 4, 2015 (less than a year ago!) Liberty had these recommendations, among others:

1. Hydro should assign a team to implement a program to establish a more robust operational philosophy regarding reliability. Hydro has not agreed that there is a problem in this area. The continuation of a reliability culture that does not place higher value on service continuity requires as a first step an internal evaluation to understand the issue and set objectives for improvement. The present operational approach will become even more problematic when the LIL enters service. Hydro should adjust it promptly. (emphasis added)

2. Hydro should enhance the skills and capabilities it brings to reliability engineering and analysis. Our report following the January 2014 outages found a number of examples of non-standard industry thinking associated with reliability. The March 4th incident provides another telling example. This suggests that more conventional approaches and the skills to implement them are appropriate. (emphasis added)

So how does Siobhan Coady race to the conclusion, as she told CBC “I'm concerned that we have an aging asset, that we have an old furnace in our house…. We have to get an alternate energy capability into this province … we have to make sure we do the right things."

It is not difficult to see how bad decisions get made, how Ministers, who are not astute, race to the conclusion: we need Muskrat having erroneously concluded “we have an old furnace…” Ergo we have to spend our way into penury to get something new.

Those who do read will want to return to Liberty’s first recommendation and the line “The present operational approach will become even more problematic when the LIL (Labrador Island Link) enters service.

Perhaps, as one wit wrote this morning, "the Minister is doing damage control for her new masters".

But, mostly. the Minister reveals the EY Review is unimportant. Regardless of the cost, it seems we have to rush ahead with Muskrat Falls.

Premier Ball: so far we are not impressed!