In June 2015, as a General Election beckoned, Abacus Data reported that only 3% of those polled perceived Muskrat Falls/electricity as “the most important issue facing NL”. Just 11% expressed concern over the deficit.

The election gave vent to a public which had watched the P.C. Party languish in a succession of “amateur hours”. They ran the gamut from Dunderdale’s #DarkNL moment to Frank Coleman’s transparently self-serving attempt to become First Minister for all the wrong reasons.


Tom Marshall left behind a legacy of deficits and not just those related to the Budget. There was the Humber Valley Paving affair and the charade of Muskrat Falls’ oversight. 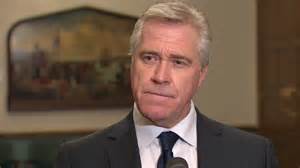 The public was forced to suffer bemusement with the Corporal Premier, Paul Davis, as a confused mind miscalculated the preeminence of justice in the pursuit of public safety. They saw a neophyte giving appointment to an unelected Minister who wouldn’t run; an innocent advancing public policy which had been handed to him by narcissists and connivers about which he feigned knowledge but didn’t understand - and still don't.

All those events gave confirmation that the Tories were both intellectually and morally bankrupt. Public opinion, while docile about the Government’s worst manifestations, seemed seized only with seeing the arse end of that motley crew.

Now Abacus Data has released details of a January 2018 poll describing attitudes among the same — but far less comatose — body politic. The firm reports that 53% “think it is likely that NL will go bankrupt”. The deficit and the province’s finances top the list of issues facing residents. Three years ago, 3% of those surveyed were concerned about Muskrat — a figure that has now mushroomed to 62%!


There were a variety of other questions asked in the survey, but most are meaningless because political opinion is fluid now with leadership contests awaiting both the Tories and the NDP.


But one number — the one showing that the Liberals have failed to get traction at a time when the other parties are in a sorry state — earns special interest. Voter intentions, as indicated by Abacus, puts support for the Liberals at just 22%, compared with 18% for the Tories: a spread within the margin of error. The NDP, at just 12%, barely clings to the political radar. A whopping 48% are in the “undecided” column, confirming — as much as it might anything else — that the Liberals are not just weak, but that political rigor mortis has set in.

But for this fact, voter support for the Liberal Party might be approaching the fortieth percentile. Liberals should be enjoying the deafening sound of a procession of culpable Tory leaders being run out of town. They should be watching NDippers embarrassingly admit that they are irreparably lost. But the Liberals can’t get a leg up on either the naked or the dead.

Only those “holed up” in the “bowl” that is the Premier’s Office think the Liberals are safe.

Absent the myopia of partisanship the poll numbers suggest that, at the first opportunity, the public will hand them an anchor and allow them to be mercifully dropped overboard. As unlikely as it might seem to some, the Liberals can be tipped over by a featherweight. And they only have themselves to blame.


Ostensibly they hope that, when the Muskrat Falls Inquiry begins, the public examination of witnesses — exposing the cabal of bootlickers and self-aggrandizers preying on the tribe — will turn the tide. I think the Liberals are wrong.


The Abacus numbers confirm that the public has no public sympathy for any group of politicians. All they see — and who can blame them? — is a Liberal Administration indistinguishable from the group that was run out of office less than three years ago.

The high number — 62% — who believe we are headed for insolvency suggests that they have not been persuaded by the “not a crisis” Liberal leadership. The strategy employed to soft-peddle our financial predicament is not working. On the contrary, a sleepy electorate has not only awakened. Voters feel threatened, perhaps even cornered, by the sheer magnitude of our collective financial insecurity. Just wait until they get mad!

This is an environment that does not excuse the vacuous or the flat-footed. Left with so few options voters could interpret any change, even Ches Crosbie (boring as he is) as a welcome alternative to the status quo.  And to that point, I have looked for signs that Tory leadership hopeful Tony Wakeham is still with us. What I found was barely a metaphor for Groundhog Day; even Wakeham’s shadow eludes capture - except literally within the last couple of days.

I see two possibilities. The first one is a repeat. The Liberals will experience a “night of the long knives” when Dwight will be thrown out with the stale coffee.

Else, the public will turn to “boring”.
Posted by Des Sullivan at Thursday, February 15, 2018