If Judge Richard LeBlanc feels like he is being watched, perhaps he will delay judging the cynics until after he has judged Nalcor.


Each decision taken by the Commission of Inquiry into the Muskrat Falls Project is understandably scrutinized as watchers assess whether the Commission is capable enough to undertake the enormous task for which it has signed on, and whether the Commission will be transparent enough to imbue public confidence in its mandate, procedures and processes. Arguably, perhaps, the Commission is already making decisions whose side-effect is enabling this result.  The Premier could have given the Inquiry a head start had he submitted a draft Terms of Reference (TOR) to the public and sought input. That job fell to Judge LeBlanc. 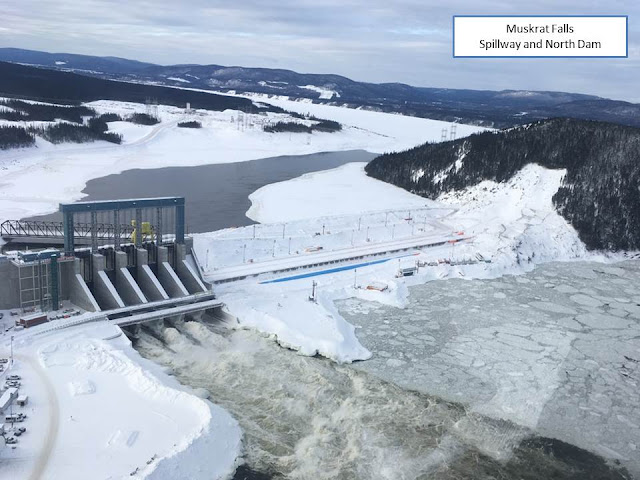 The Commissioner acknowledged that the TOR were “fixed” but that, until February 15th, he would accept written opinions with respect to how they might be interpreted.
The announcement by the Commission on Monday that the firm of Grant Thornton was given a contract to perform a Forensic Audit is likely a good news story.
Why only likely?
Since January 2017 when this Blog quoted the “Anonymous Engineer” on allegations of falsification of the project estimates, the drumbeat in support of a review of the data, decision-making processes, and assumptions on which sanction was awarded, has grown louder and louder. Obviously, the Commission had seen the necessity of a Forensic Audit from the ‘get-go’; it must have issued a call to qualified parties within days of its formation together with Terms of Reference based upon which, ostensibly, all the auditing firms competed.
So far, at least, the public has seen only a couple of sentences describing exactly what the forensic auditor will examine. We have not seen the full TOR and we need to.
Indeed, the timing of the announcement of the Forensic Audit may have had a linkage with the approval by the Lieutenant Governor-in-Counsel (the Cabinet) of an exemption for the Commission of Inquiry under Section 4 of the Access to Information and Personal Privacy Act (ATIPPA). The announcement that such an exemption was sought  — and granted — was made public late last week. Was there a linkage? We don't know. But we ought to.
Under the Act governing access to information, an exemption can be granted when the House of Assembly is not sitting, provided the Lieutenant Governor-in-Council (Cabinet) also has the approval of the House of Assembly Management Committee. It is noteworthy that the exemption's effectiveness does not extend beyond the next sitting of the House of Assembly.
The request did not get a pass in some quarters. Former Premier Brian Peckford, for example, wrote The Telegram to express indignation that the House was not called back into Session, allowing Members to vote on the Judge’s request. As one who spends more than the usual amount of time extolling the virtues of transparency in both government and its regulatory and oversight institutions, the suggestion ought to have triggered almost knee-jerk support from this Blog. Not this time. But the position takes nothing away from Peckford who has been a vigorous opponent of the project and an advocate for a forensic audit of the project.
There are fundamentally good reasons why the Commission ought to be exempted under ATIPPA. While I agree that exemptions should be hard to get, I had a different preoccupation in this case.
The CEO of Nalcor has the right, under ATIPPA, to deny release of information he considers commercially sensitive. It would be unacceptable if the CEO of Nalcor — the entity under investigation — retained this right and the Commissioner enjoyed a similar exemption, too. Fortunately, that is not the case. Under the Energy Corporation Act, the Nalcor CEO is required to release all information in the possession of Nalcor to the Commissioner; see the excerpt below from Clause 12 (3):

That was one consideration.
Another is that the Inquiry uses procedures similar to those employed in a Trial in carrying out aspects of its investigation.
Judge LeBlanc outlined his reasons for seeking the exemption in a letter to the Speaker of the House of Assembly. He noted that the Royal Newfoundland Constabulary and records of investigations performed by the “statutory offices”, such as the Child and Youth Advocate and the Chief Electoral Officer, are also exempt. He argued that the absence of the exemption will affect the Commission’s ability to collect evidence and deal with “privilege claims” — without which some people may not testify. A third reason offered by the Judge was one of cost; the Commission would be required to employ more staff to handle the inquiries.
I believe the first two claims are reasonable and that, likely, the exemption is important to making the Inquiry function effectively. The third reason — cost — seems inappropriate given the circumstance. ATIPPA management would have required an additional four people, not forty or four hundred.
That said, the February 15 deadline is fast approaching for Submissions regarding the Inquiry Terms of Reference, following which the Commissioner will make a statement giving the last word on the issue. The Commissioner's view of his mandate will dictate whether the public should ask the Premier to revisit the Inquiry's TOR.
If the Commission releases the Terms of Reference governing the Forensic Auditor, too, the public will be able to assess both documents and make a determination if this long-sought Inquiry is for real.
Until then, uncertainty will provide plenty of fuel to this Blogger and to all the sceptics.
Posted by Des Sullivan at Thursday, February 08, 2018