The mainstream media likes to report the "Sunshine List". That's the one covering public servants earning $100,000 or more and who are employed with core government departments, agencies, boards and commissions including Crown Corporations. Some people believe the List serves a purpose beyond simply providing access to public information; that it gives transparency to decisions over which self-interested bureaucrats have too much influence.

This Blog is also concerned about transparency. I suggest that public commentators who are paid consultants of the government should be added to the list or distinguished in a separate one. Therefore, I am proposing the "Moonshine" List. Why "Moonshine"? The liquid version often lacks clarity - like the consulting industry. "Moonlight" List was also a convincing option because "moonlight" is harder to catch than "sunshine", but like "moonshine" offers the assurance of an occasional glow.

All researchers and analysts have a right to influence public policy and public opinion including those hired by government. But the risk of a potential conflict of interest by the latter group is diminished when the public is aware that they have something more than what philosopher John Locke described as a "social contract" relationship with the state. Consultants typically have a paid one.

Because he is one of the most frequently consulted by mainstream media and the government - and the government pays for his services - I propose to begin with Economics Professor, Dr. Wade Locke of Memorial University. He is a paid tenured Professor at that institution.

The information relevant to his consulting work (provided below) was obtained through applications under ATIPPA by a researcher who makes frequent contributions to items posted on this Blog.

Payments to Memorial University's Collaborative Applied Research in Economics (CARE) - administered through the Department of Economics (where Dr. Locke is described as an Investigator) - are excluded. Government agencies, other than Nalcor, were not submitted an ATIPPA request.

Hopefully the "Moonshine" List constitutes one more tool that shines light on the pathways  leading to greater transparency in our public policy and governance systems. 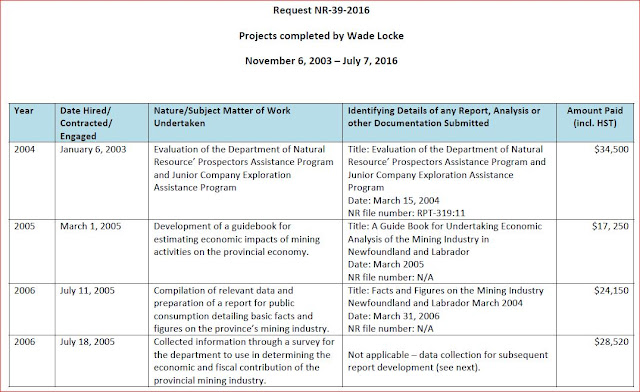 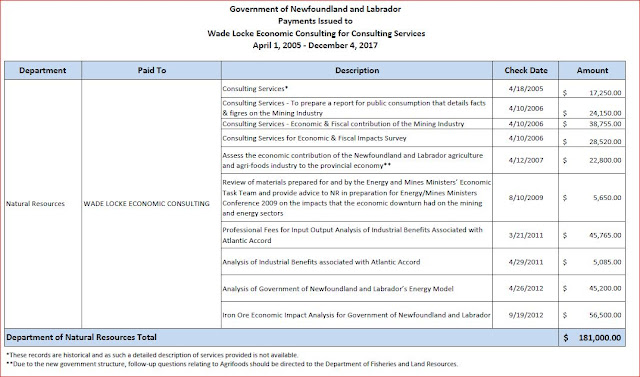 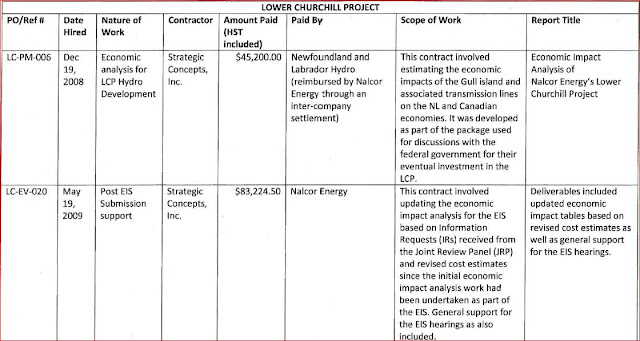 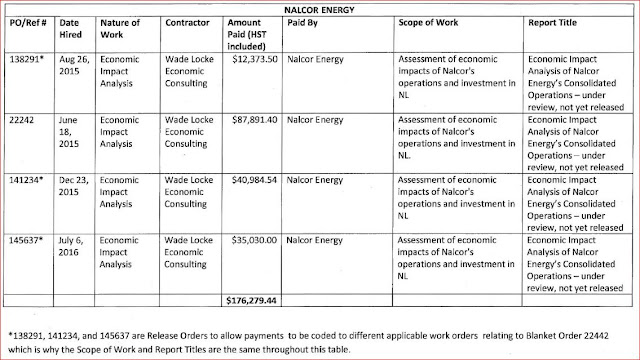 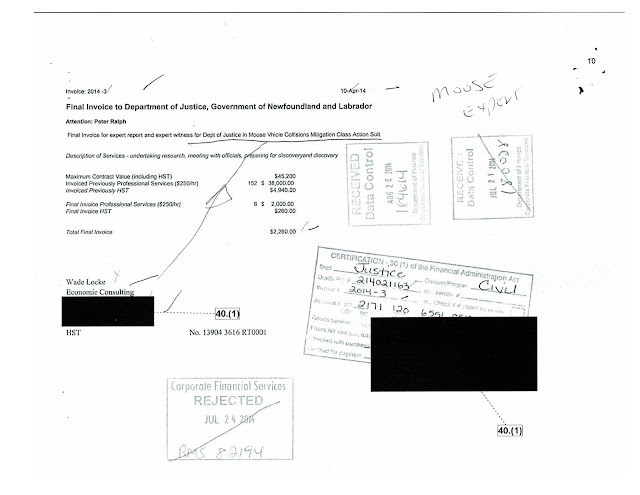 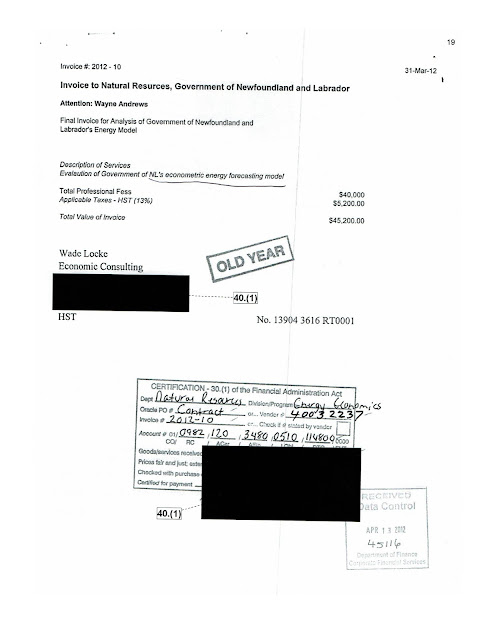 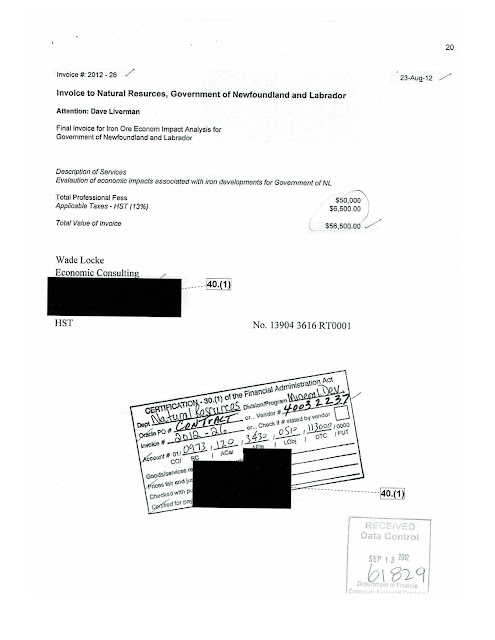